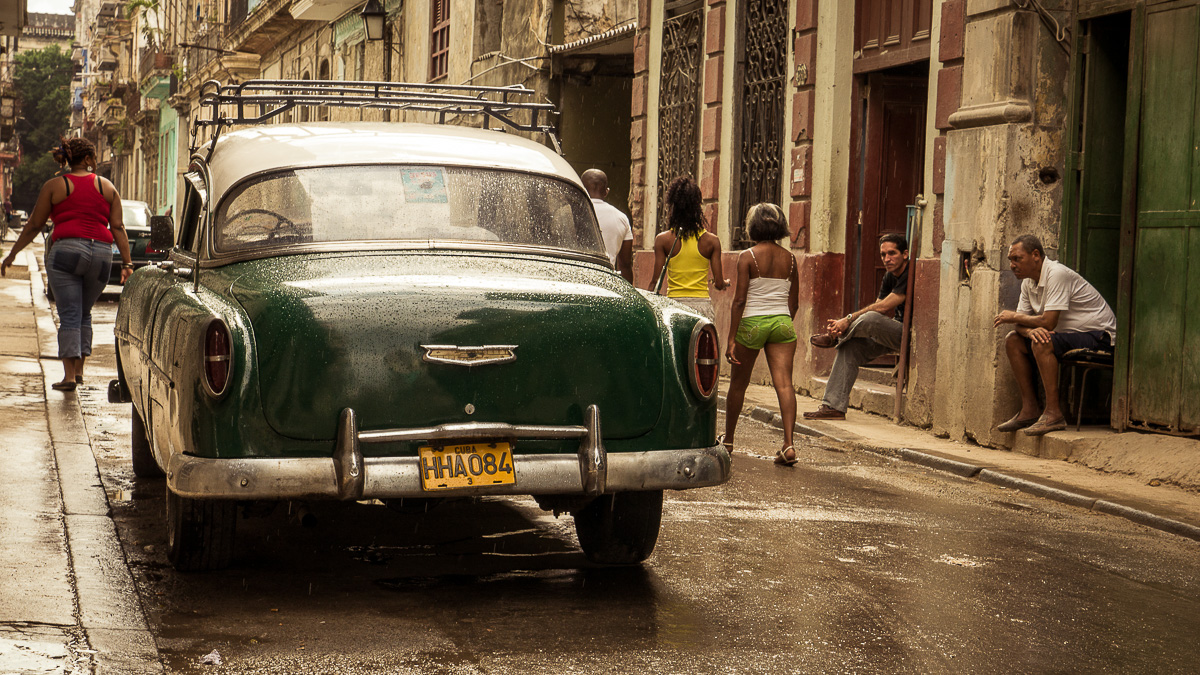 Editor’s note: The recent announcement of normalization of relations between Cuba and the US have likely set into motion irreversible change to Cuba and her culture. Cuba will no longer be a country stuck in time. As relations improve, the trade embargo will likely be lifted. New American cars may be seen on the streets of Havana, something that has not happened in over fifty years. Except for some preserved for the tourist industry, the Yank Tanks will become but a memory, a bit of nostalgia. La Habana Vieja will be changed forever. Will these classics become objects of desire by collectors?

While this article was started before the mid-December Washington-Havana announcement, it is even more timely now. 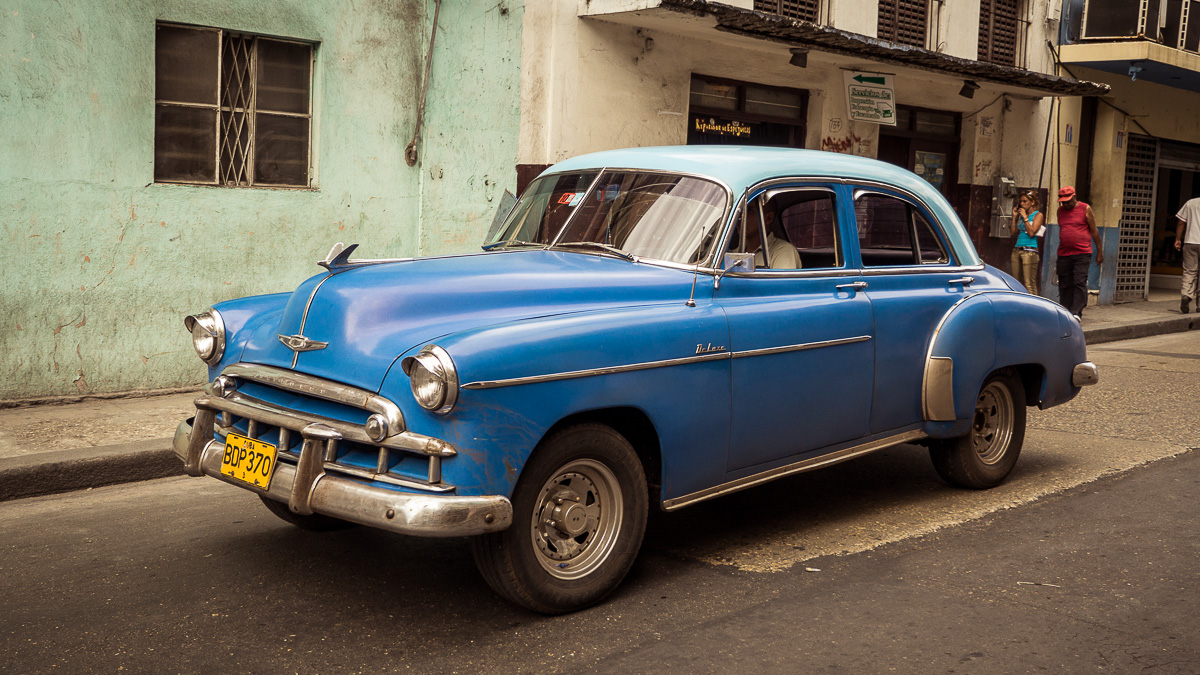 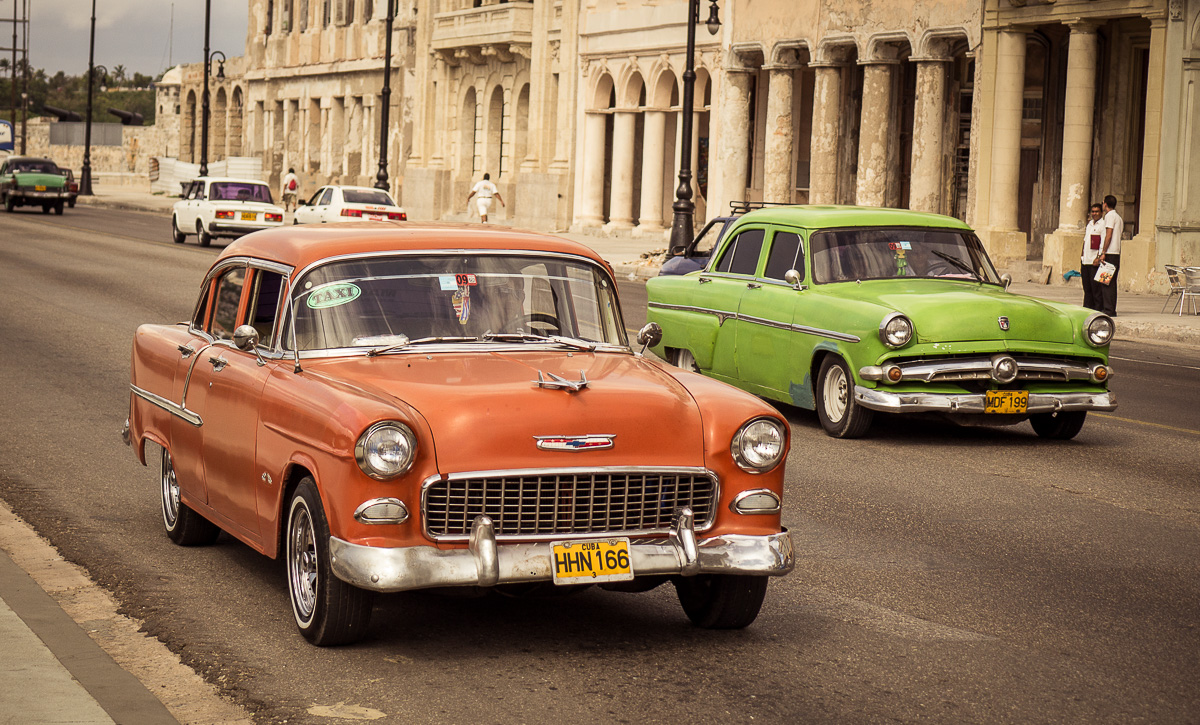 Traffic is always heavy in Havana and the ubiquitous Yank Tanks, classic US cars from the 1950s, account for most of it. Amazingly, these Detroit dinosaurs continue to roll on like the sands of time, thanks to the ingenuity of the Cuban people. A metaphor of Cuba itself. 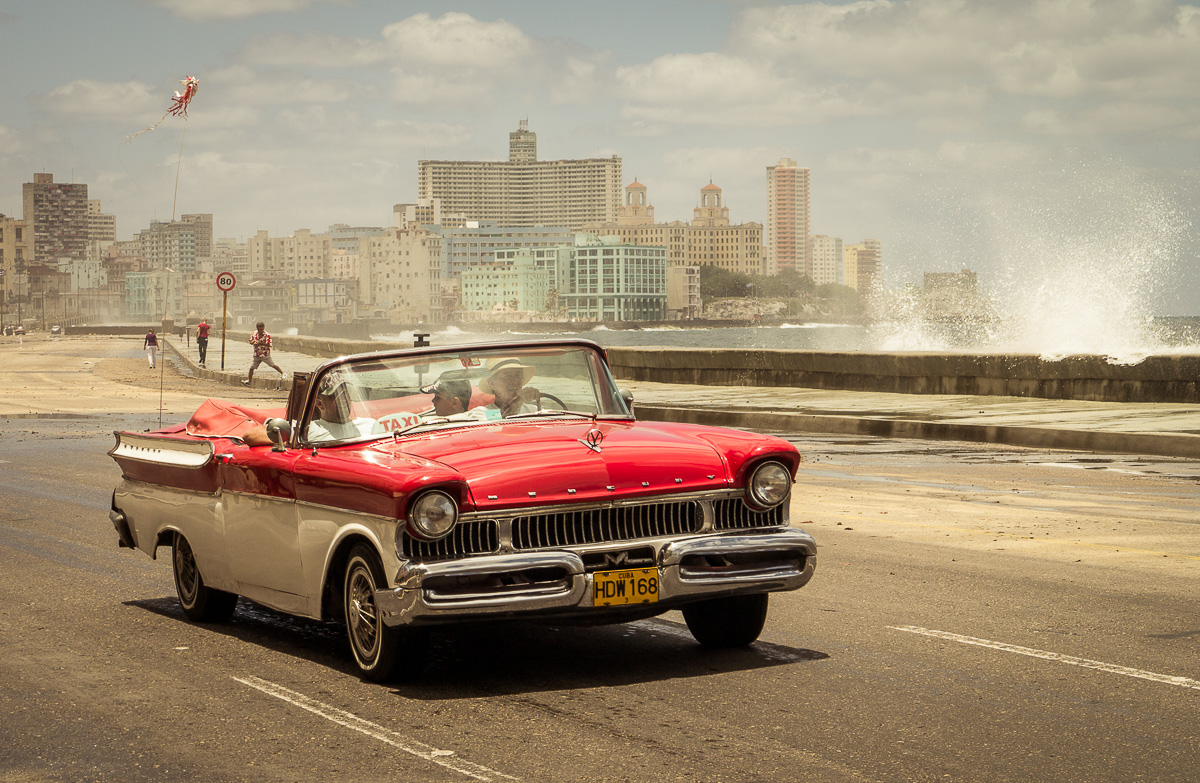 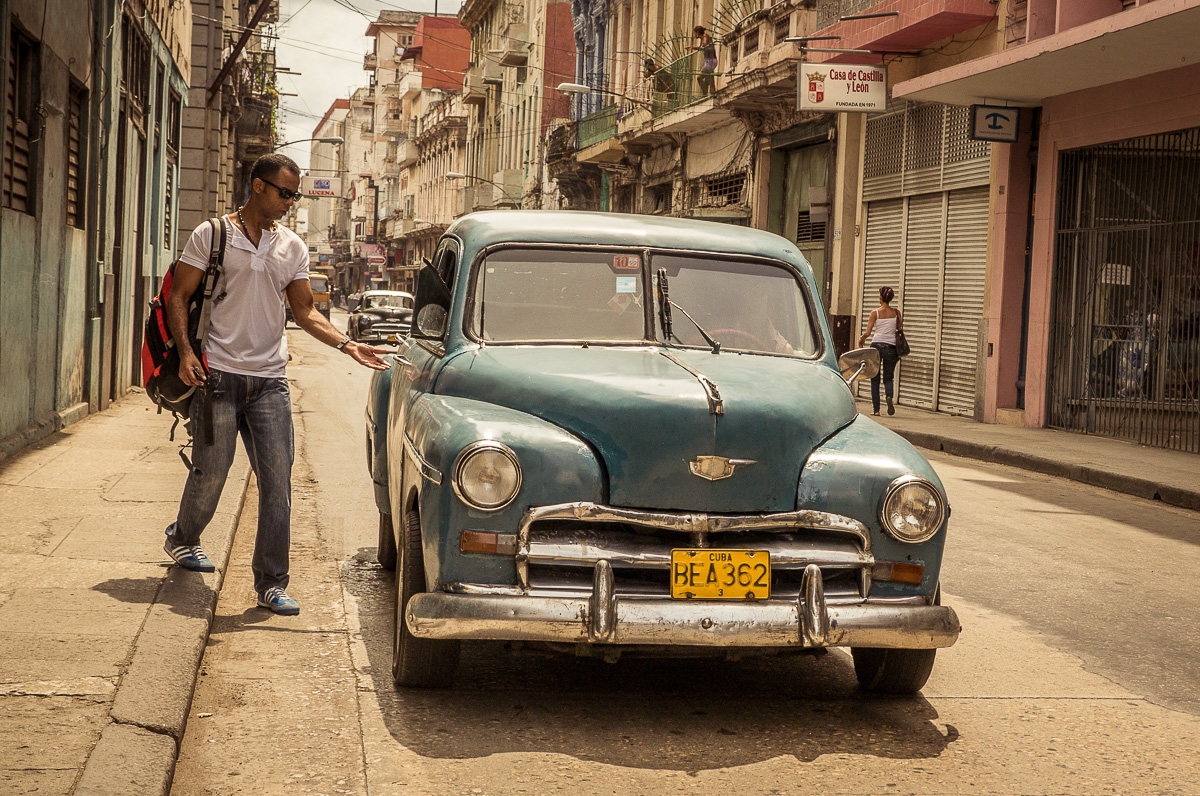 With the advent of the Cuban Embargo in 1961, American expats and wealthy Cubans fled the island leaving an estimated 150,000 American cars behind. During the 50’s Cuba, imported more cars from Detroit than any other nation in the world. More Buicks, more DeSotos, more Cadillacs. And, of course, scores of Fords and Chevys. Fifty years and hundreds of thousands of miles later, most of these cars are still on the road. A testament to Cuban ingenuity and tenacity. It has been said that these mechanics and parts’ fabricators are the curators of the largest living classic car museum in the world. 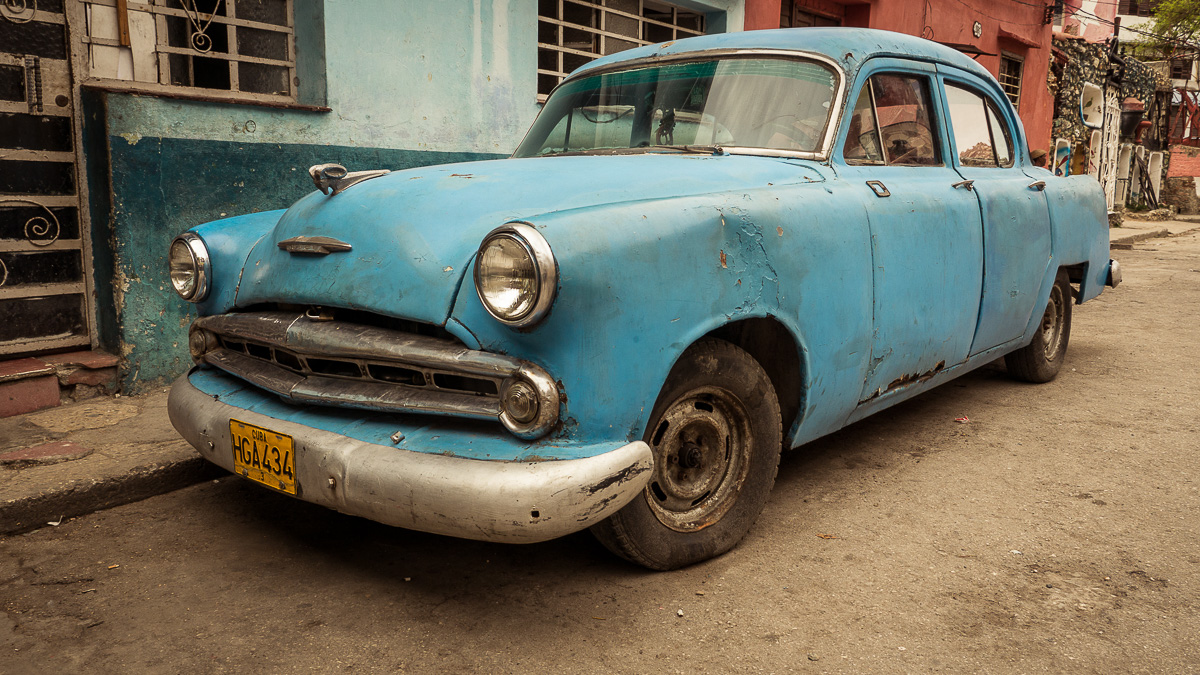 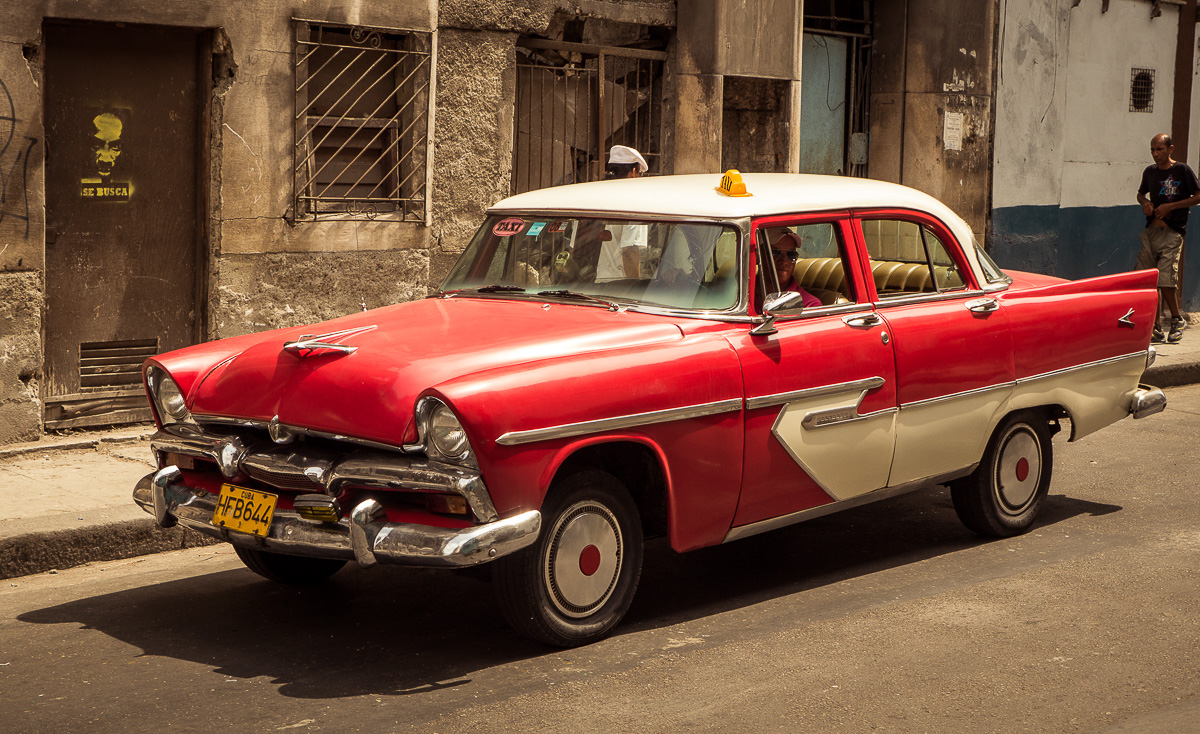 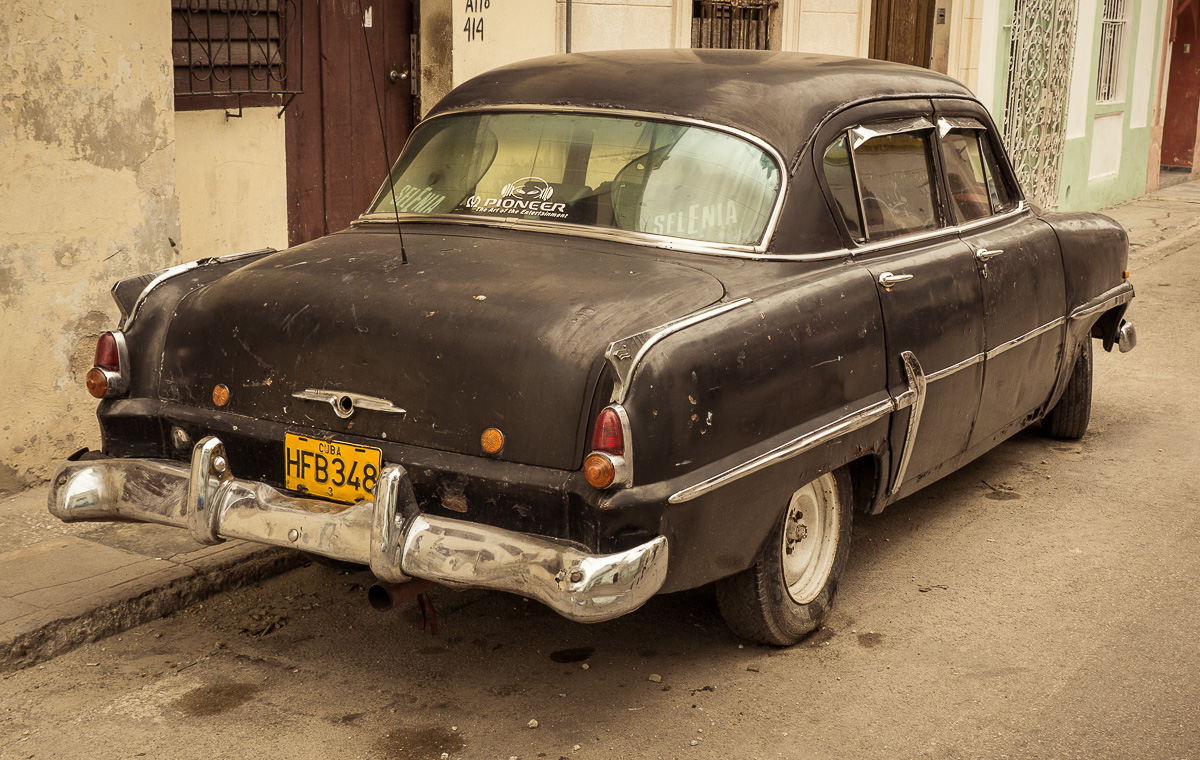 Because of the embargo, Cubans are prevented from importing spare parts. Repairs are done with what is available on the island. These American turned Cuban cars are kept running by their owners with the help of a network of “specialists.” Chrome parts can be manufactured by hand relying on photographs, scrap metal, and homemade metal bending machines. Someone else makes brake pads by combining asbestos with resins by hand and pouring the mixture into molds and baking them in an oven. There is a glass shop where new windshields are made from shards of glass from old ones placed into handmade molds and heated in a kiln. 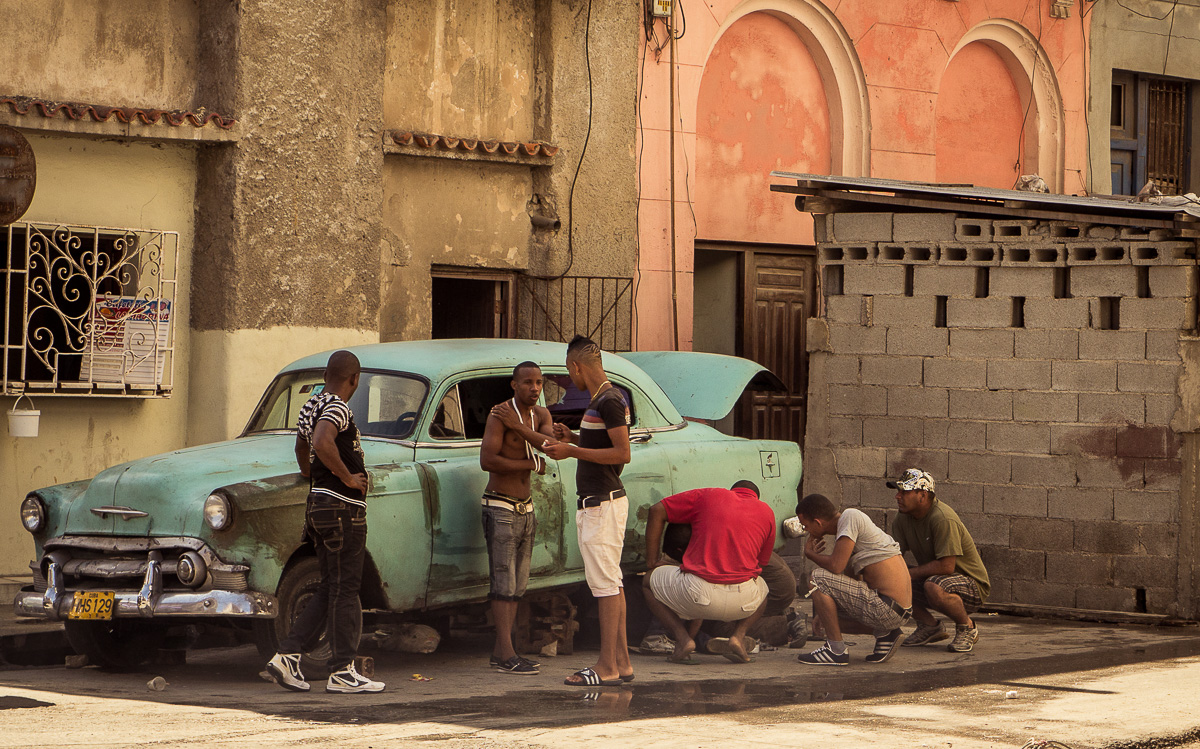 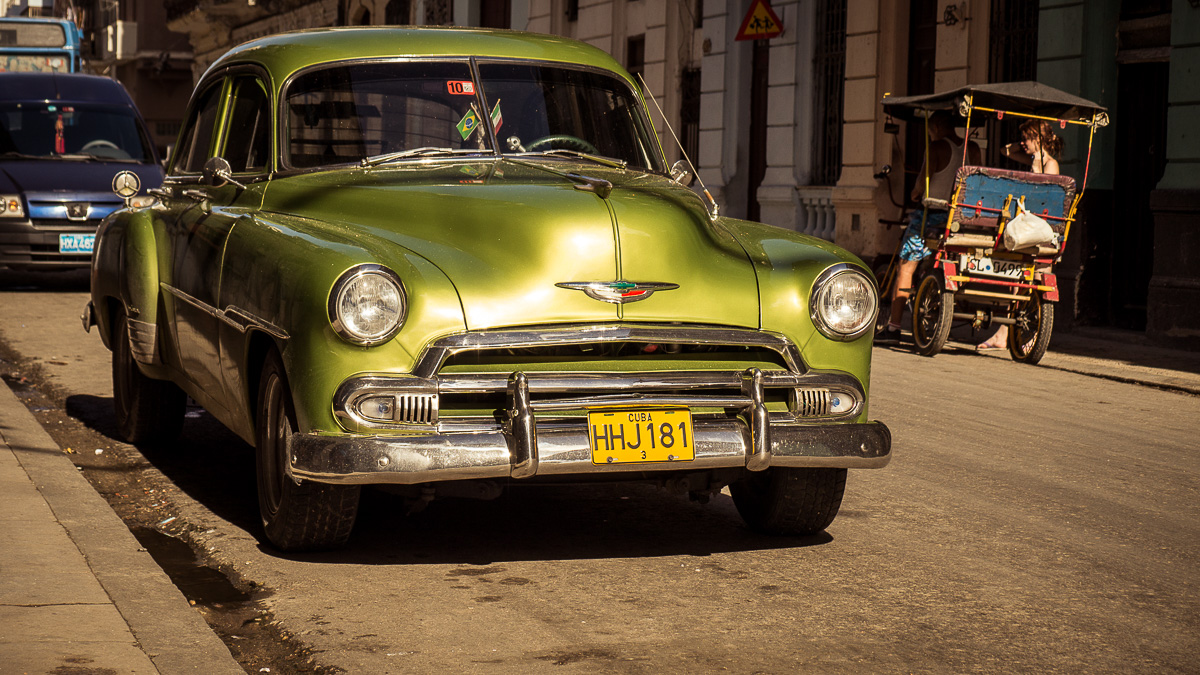 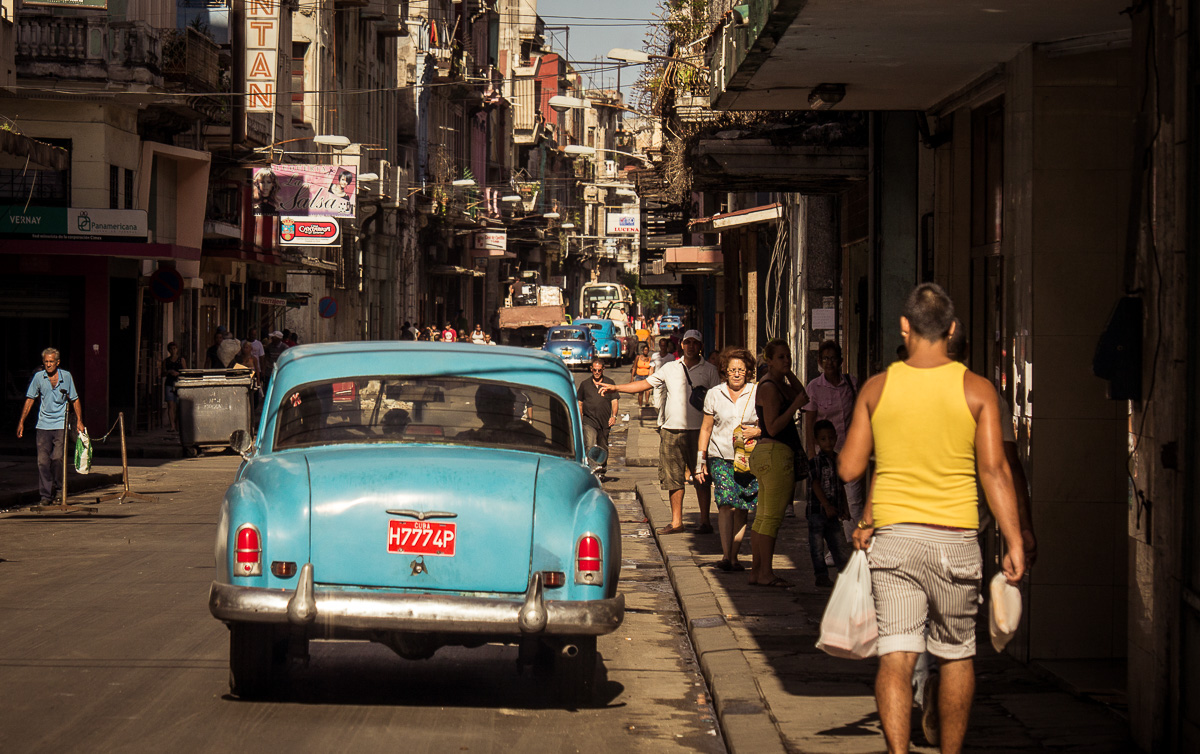 The drive trains of these vintage rides can be problematic. After all, engines and transmissions do wear out after several hundred thousand miles. Other cars are cannibalized and rudimentary machine shops can make most parts. But eventually, the Yank Tank’s owner may be faced with the decision of re-powering. 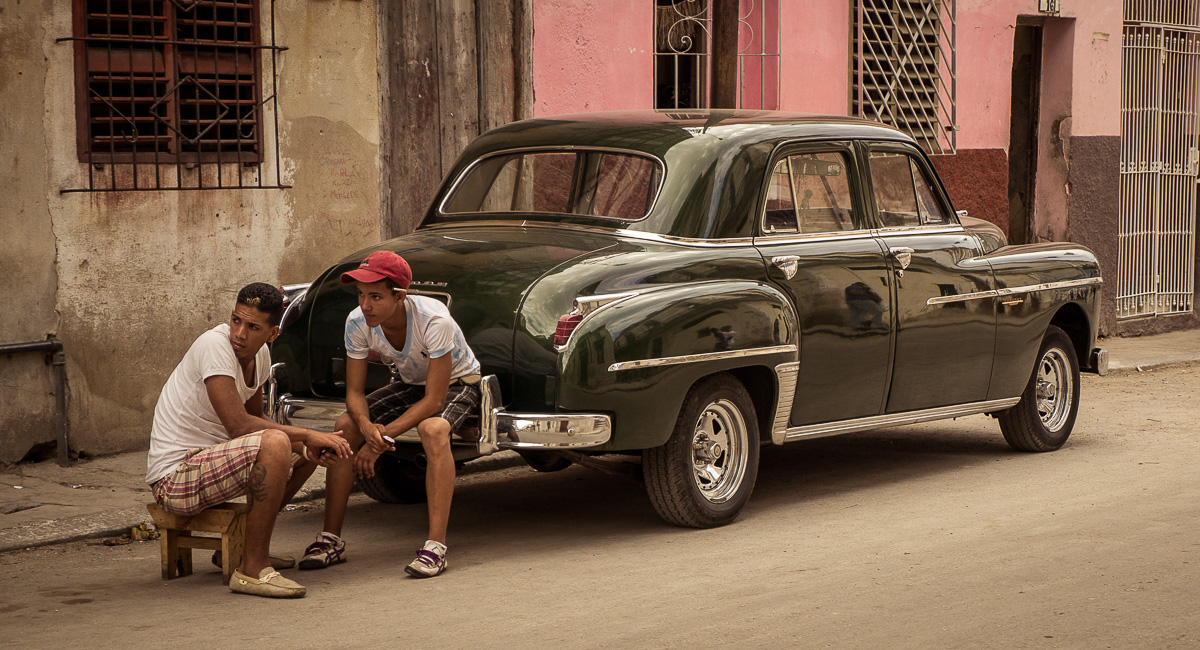 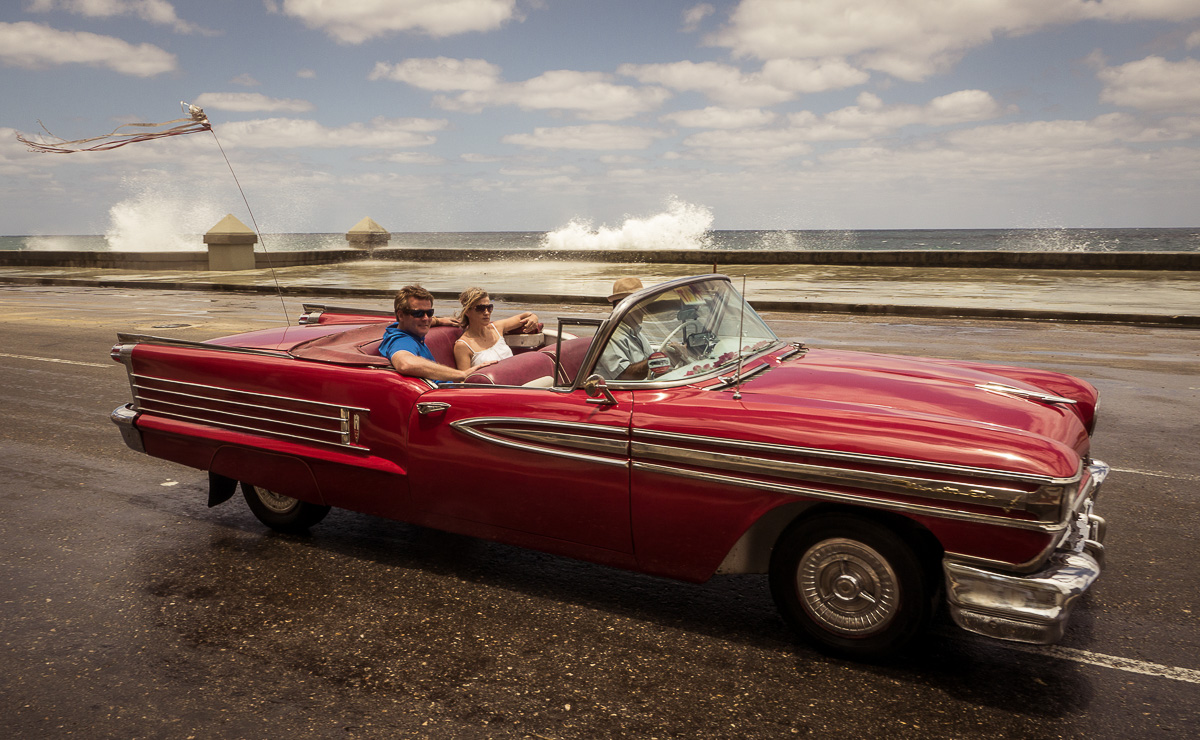 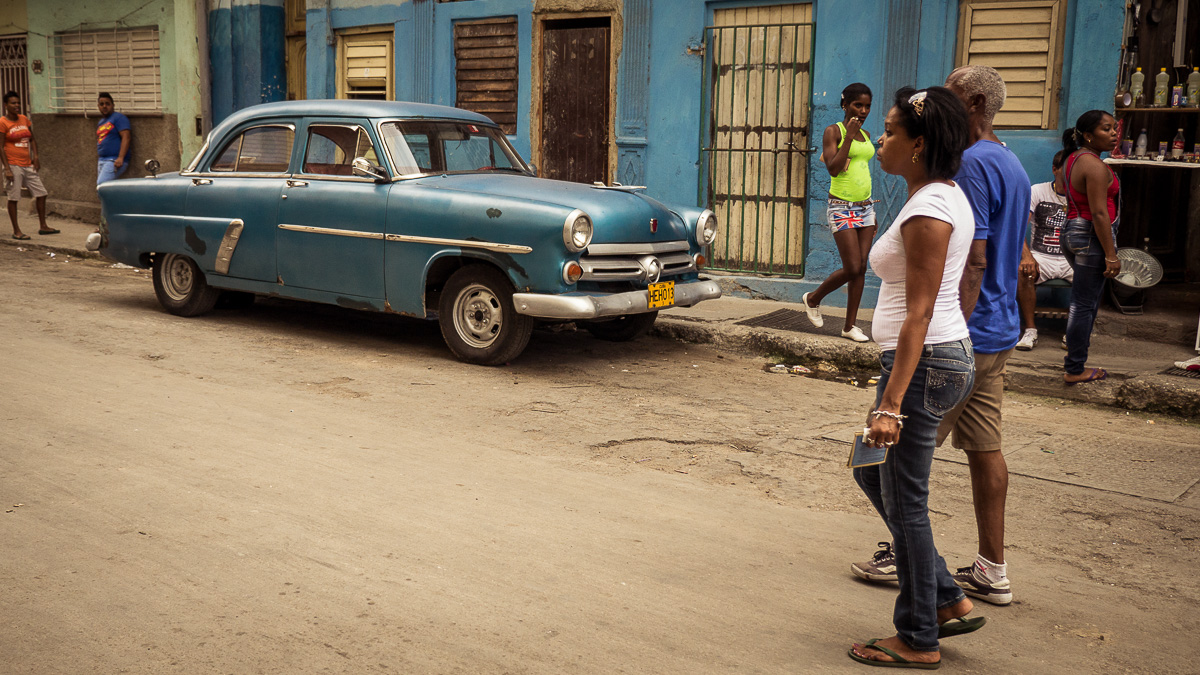 As luck would have it, thousands of Russian-made Ladas and Volgas were imported into Cuba, in the years leading up to the Cuban Missile Crisis, when Moscow and Havana were cozy. While practically no one will boast of being the proud owner of a Lada, many of those sturdy little diesel engines are getting a second lease on life under the hood of a vintage 50’s Buick or Packard. 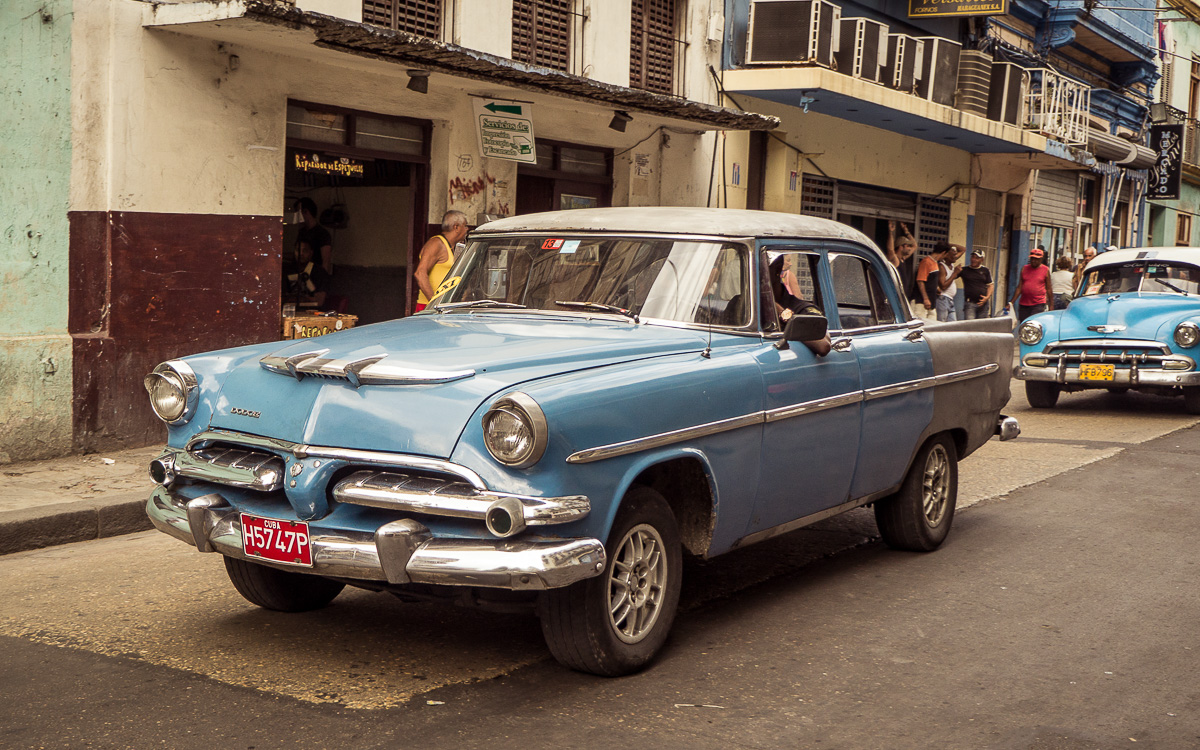 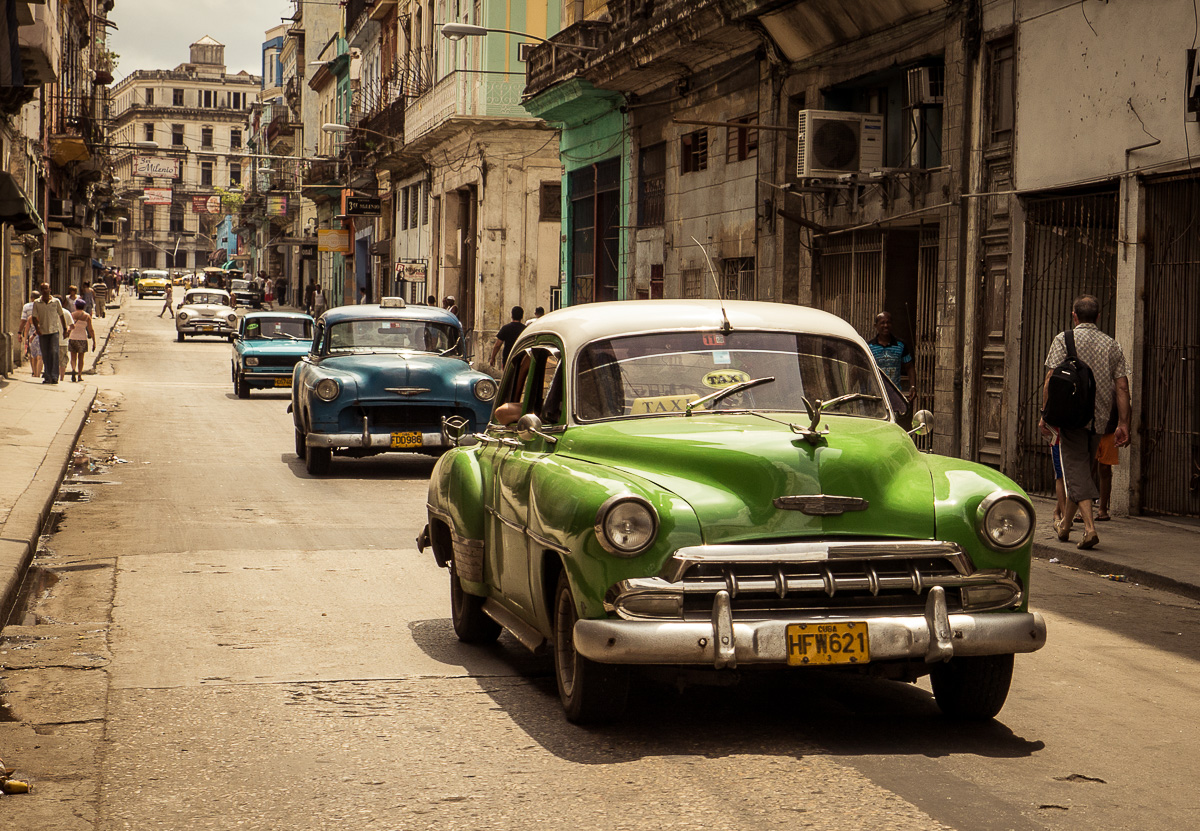 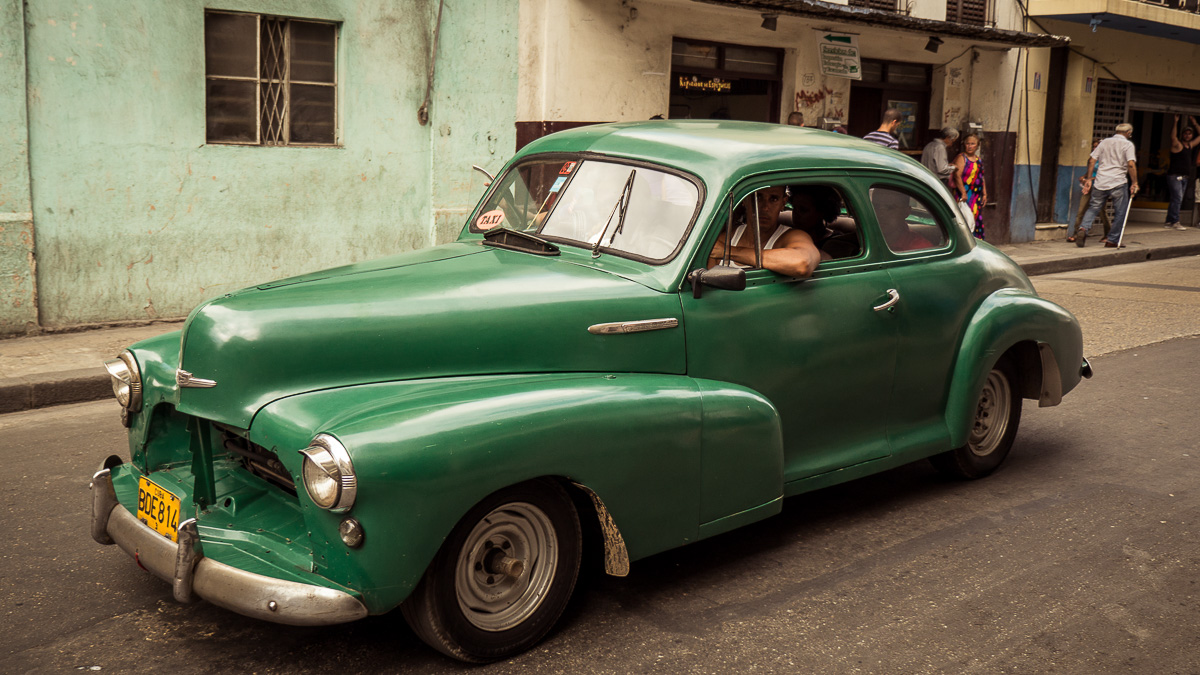 Meanwhile, some new cars are being brought into the island nation although tightly controlled by the Cuban government’s monopoly. These vehicles are destined for the country’s elite. New cars are also available to anyone. The problem is that no one can afford the huge markup the Cuban government places on the imported vehicles. For example, a new Peugeot for sale at the state-run dealership in Havana cost up to $262,000. In Cuba, the average monthly wage is $20. 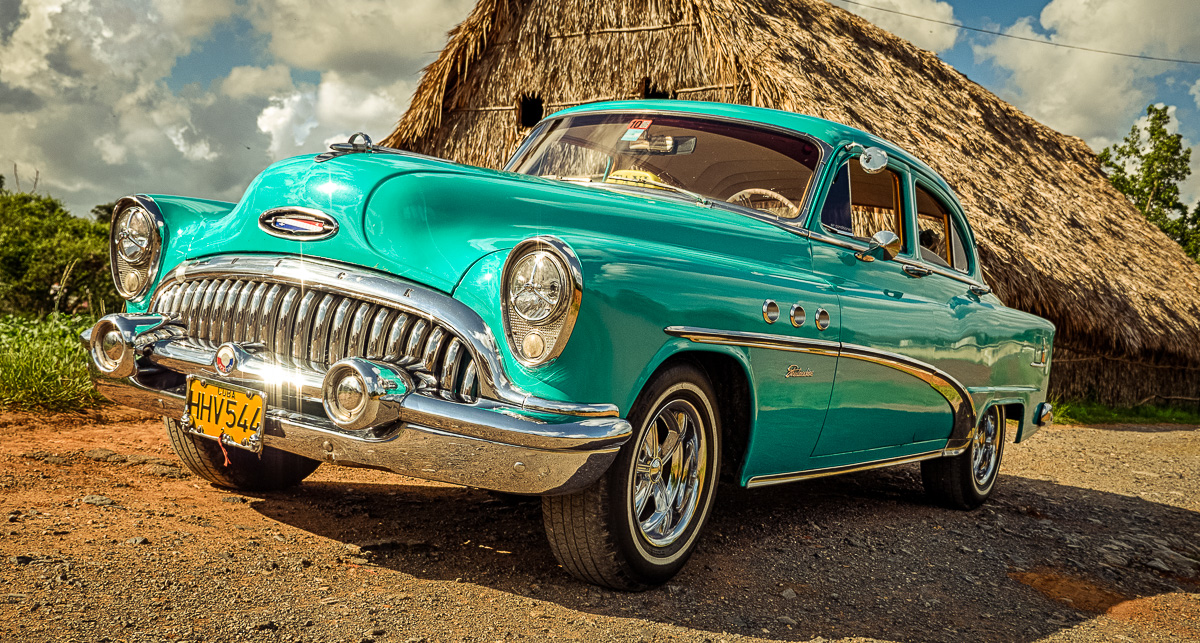 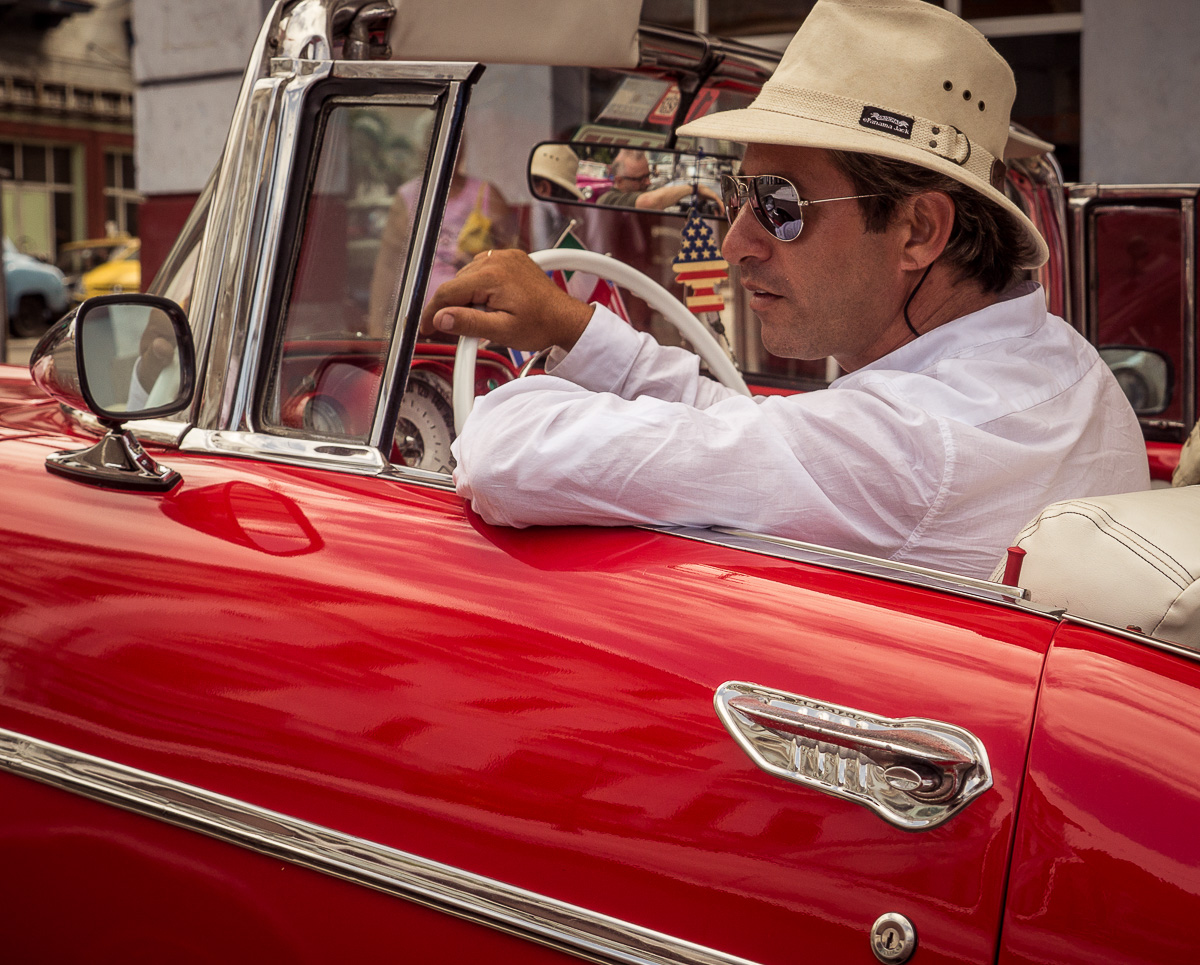 Looks like the Yank Tanks still have many more miles to go. 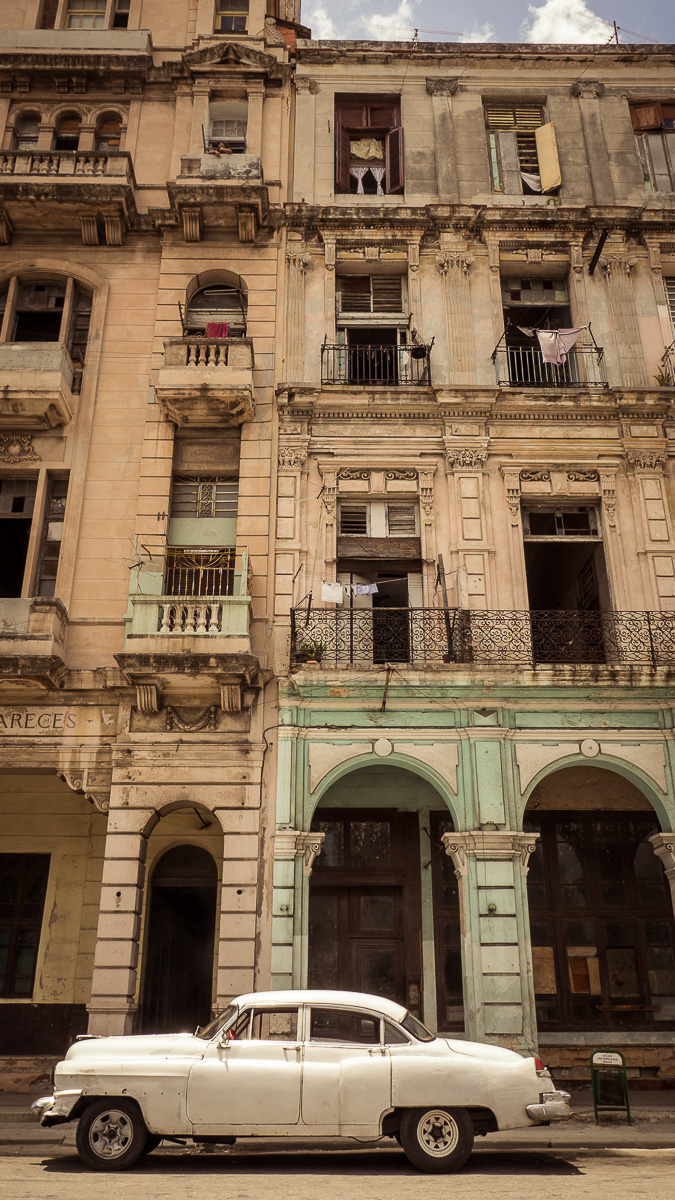 Click here for “On the Go – The Yanks Tanks of Havana, Cuba,” a lighthearted video of Havana’s classic cars.

As you read this I am in Havana for another visit. It’s the people that make a visit to Cuba most memorable. They are warm and friendly and always eager to share their stories. It will be interesting to see how the Cubanos feel about the impending lifting of the fifty-year US embargo. Cautious optimism is my guess. There’s much more to come.