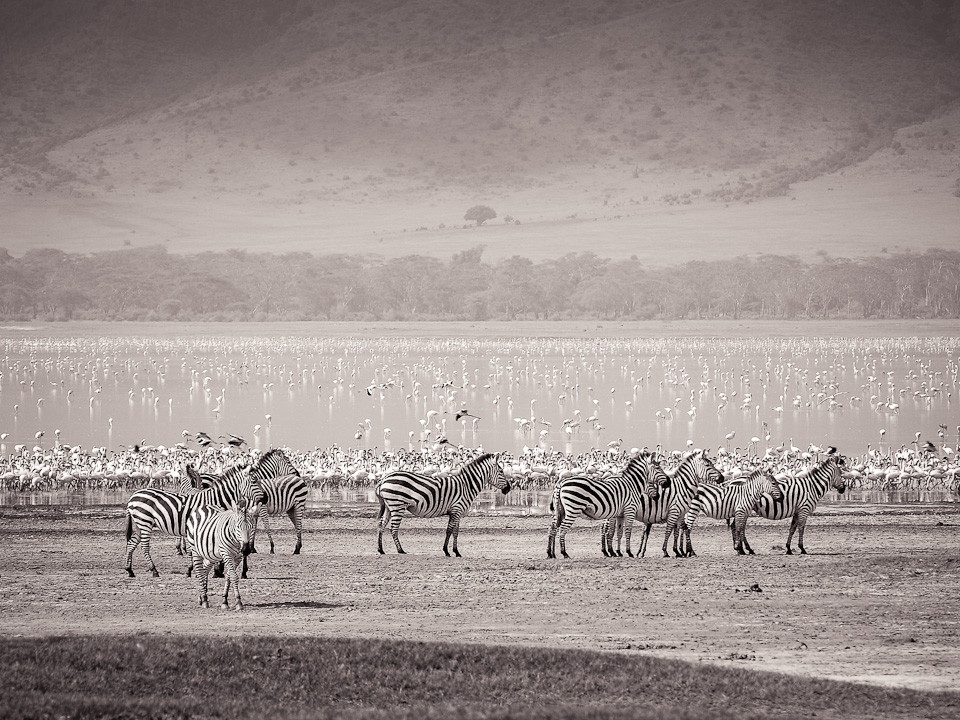 Ngorongoro Crater, near the Serengeti Plain in northern Tanzania ,contains one of the most magnificent wildlife reserves in Africa. This volcanic crater is home to about 25,000 large mammals.

Formation of Ngorongoro Crater is what remains of an extinct volcano that erupted some 25 million years ago, at a time when the Great Rift Valley was also being formed.

Unlike the Serengeti Plain to the west, where more than two million animals must migrate when the wet season is over, the Ngorongoro is blessed with an almost continuous supply of water. This natural irrigation maintains the habitat through the year and prevents the herbivorous animals seeking grazing lands beyond the crater’s rim.

Click on a thumbnail for a larger photo and slide show.

The Explorers Club Flights of Fancy