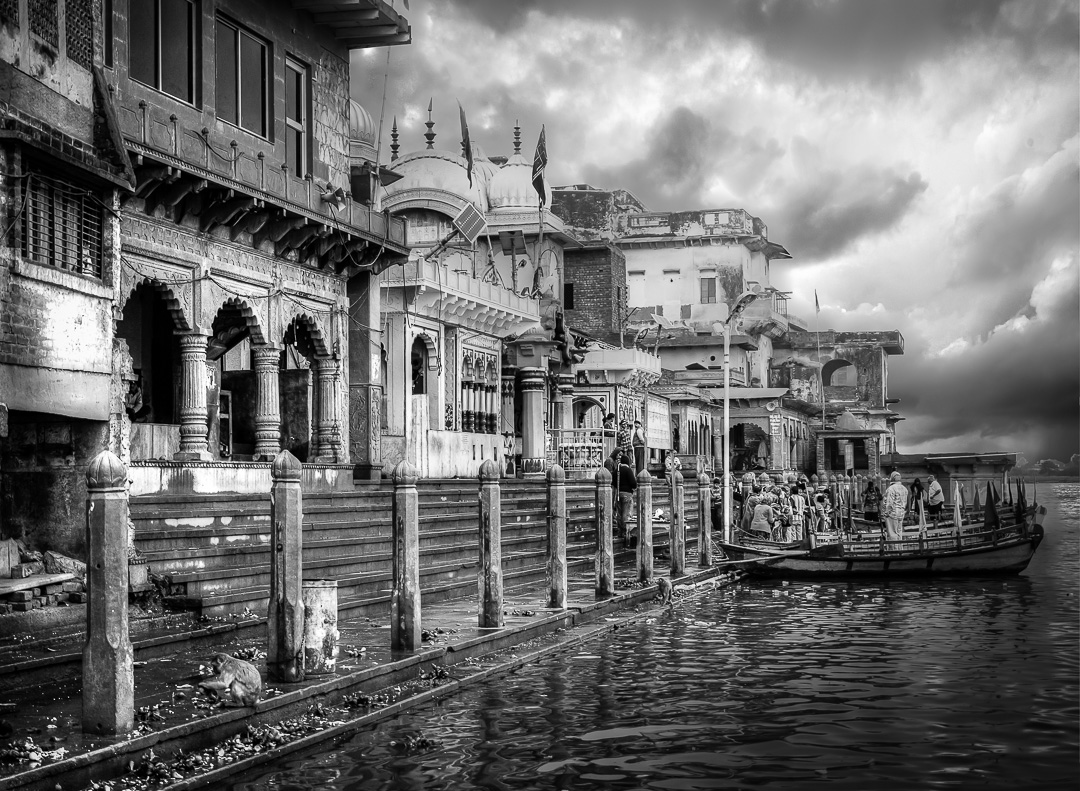 The Ghats at Mathura

It was cold, rainy, and almost dark when we arrived at the Vishram Ghat in the ancient city of Mathura. I managed two shots and then back through the crowded streets to the hotel. Truly a place where time has stood still.

Situated on the banks of the Yumuna River, the city has a long and storied history. First mentioned in the oldest Indian epic, the Ramayana, Mathura is the birthplace of the Hindu deity Lord Krishna. During ancient times the city was an important trade hub being located along caravan routes. According to the Mahabharata and Bhagavata Purana epics, Mathura was the capital of the kingdom ruled by Kansa the maternal uncle of Shri Krishna.

In the late 15th and early 16th centuries, many of the city’s Hindu temples were destroyed by Muslims and replaced with mosques. Many of the razed temples have since been rebuilt, but today there is considerable tension in Mathura between Hindus and Muslims.

Postcard from the Backwaters – Kerala, India