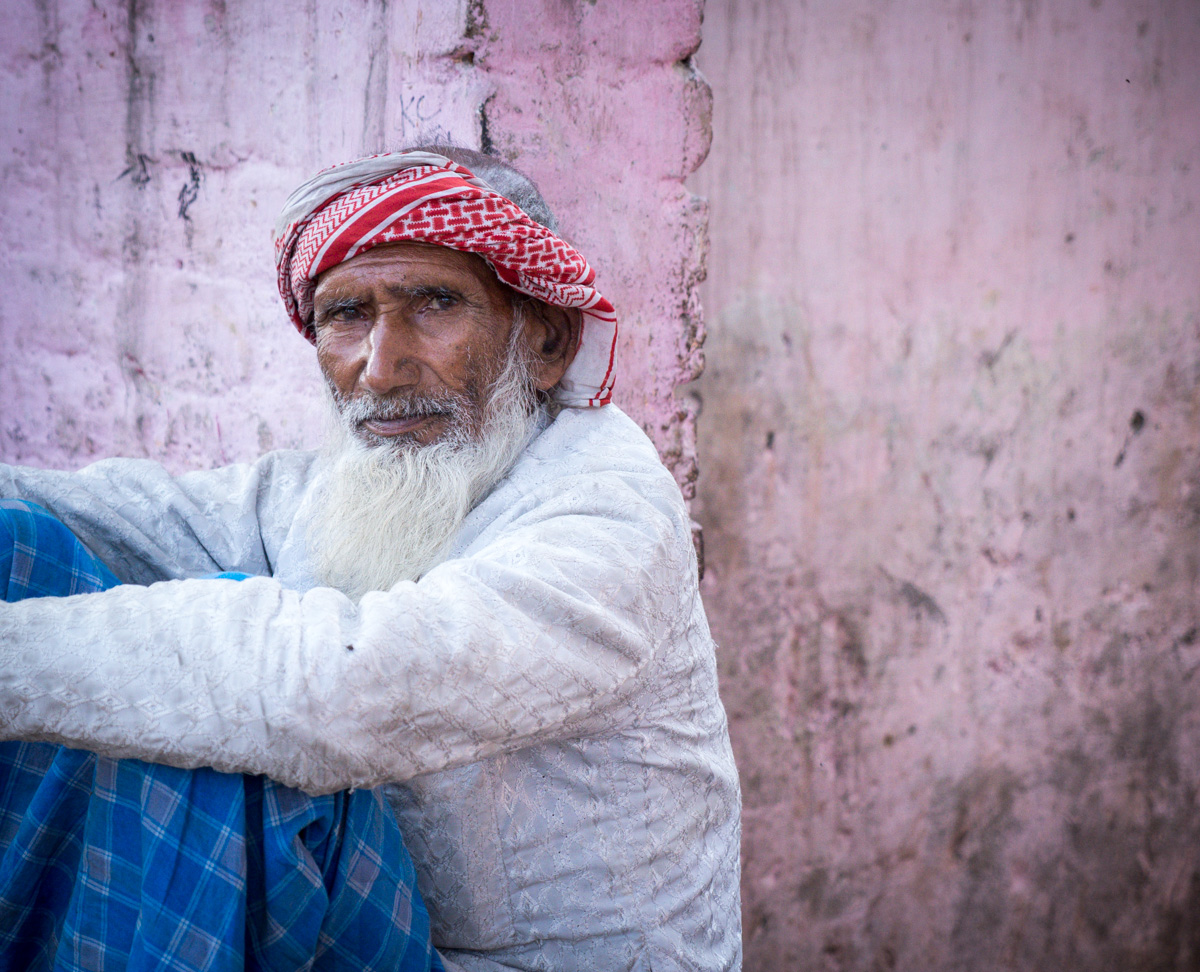 It is estimated that half of Delhi’s 18 million inhabitants live in slums. Curiously, some of the slums are so called “authorized colonies” but most are “unauthorized colonies.” Life in either is tenuous, and basic services such as clean water and sewage are inadequate or nonexistent. Still the slums continue to swell as more and more people from India’s rural areas come to the cities in hopes of a better life. Many of these settlements have grown into crowded districts more populous than many Western cities.

Above, are two images of a man selling his produce in the Kathputli Colony slum in New Delhi, in keeping with this week’s “Photo Challenge: One Shot, Two Ways,”

Below, a short distance away a woman is giving a very animated discourse to a captive audience of dhobis, as clothes washers are called.

Four From the Farm | Photography