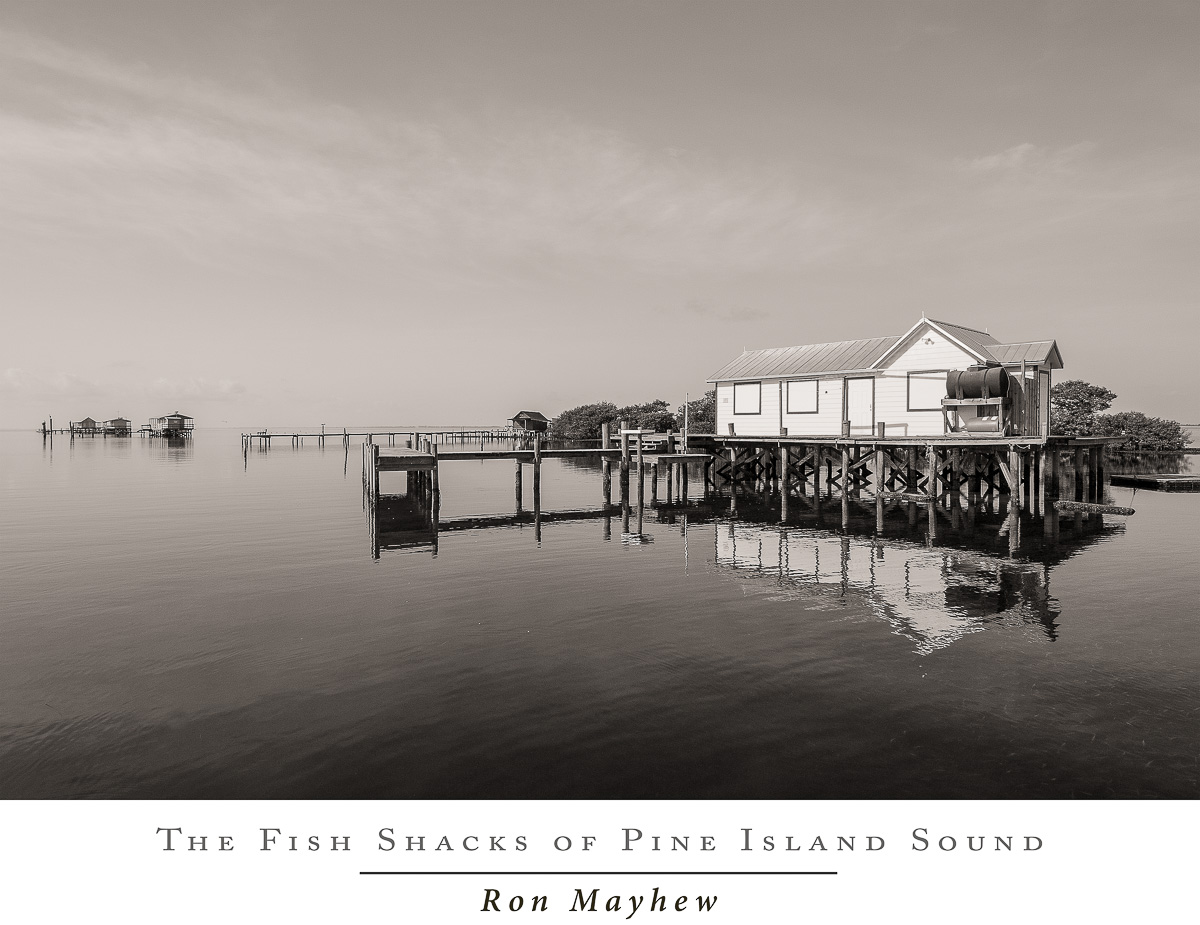 “The Fish Shacks of Pine Island Sound,” my latest folio, is a collection of fourteen images of the few remaining historic fish shacks in Pine Island Sound. I have been working on the project for several years. Traveling by boat for almost an hour, I would try to shoot the huts at various times of day and in different lighting conditions. Slowly, over time, the concept of the portfolio began to emerge in my mind. I settled on fourteen images. All but two are in black and white, which I felt best told the story of their uniqueness and isolation. The folio is printed on 11 x 14 Hahnemuhle photo rag paper using archival pigmented inks.

The complete folio can the seen by scrolling to the end of this post. Contact me for information on prints and special limited time pricing.

The prints are currently on exhibit at the Museum of the Islands (MOTI),here on Pine Island. Located on an oyster bar near Captiva Pass, the shacks were home to commercial fishermen, and often their families, in the early 1900’s. Life for the fishermen was very basic with no modern conveniences such as electricity or plumbing.  Ice boats from the Punta Gorda Fish Company would deliver ice to the shacks and pick up the day’s catch. Another boat would collect the fishermen’s kids and deliver them to Pine Island where they would catch the bus to school on the mainland. In the afternoon the long trip home would begin. By mid-Twentieth Century many of the shacks were abandoned as fish stocks dwindled and families wanted homes with some modern conveniences. Over the succeeding years hurricanes claimed many.

Today, the six remaining shacks are privately owned and only occasionally used for recreational fishing. Most are on the National Register of Historic Places. For more information on the fish shacks and Pine Island’s history go to Pine Island Info.

Click any image for a full size slide show.

Travel Theme: White – Did You See It?

A Single Bloom – a Single Image