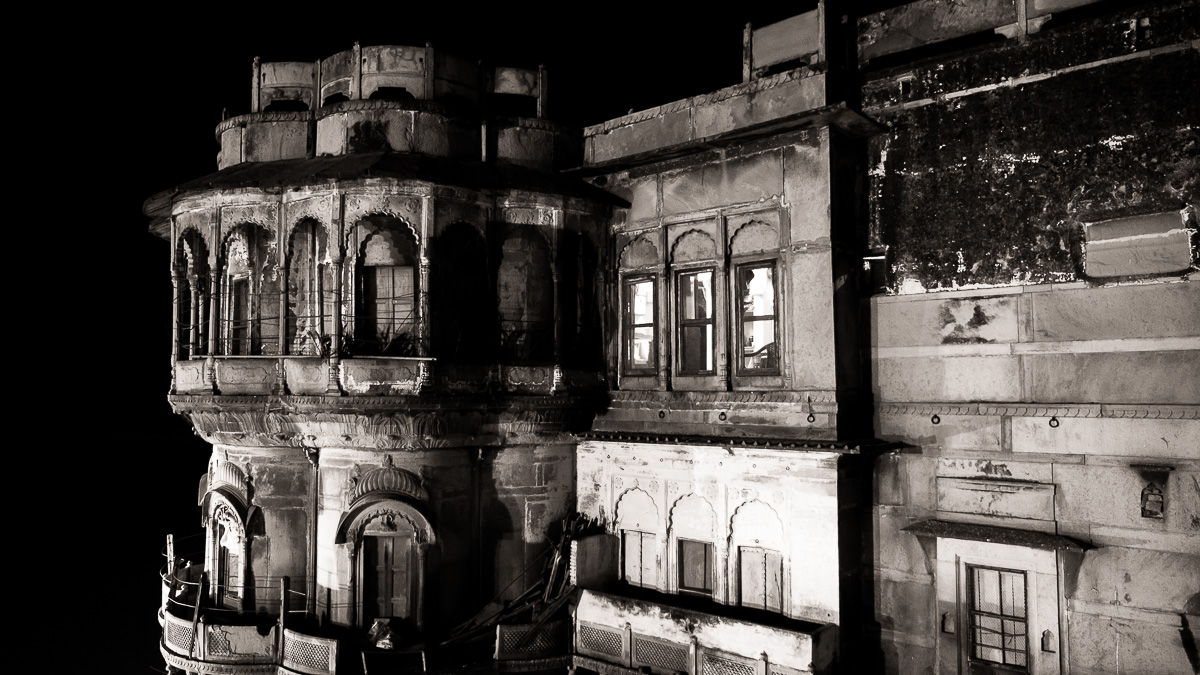 A once grand palace stands as a nighttime sentinel,  watching over the sacred River Ganges as it flows silently by Benares, more popularly known as Varanasi, on its way to the Bay of Bengal and the Indian Ocean.

The Ganges is no ordinary river. Instead she represents the essence of a civilization, form of culture and substance of a faith. She is in fact, a way of life. She is a living goddess whose importance in the day to day life of a believer cannot be described in words or through pictures. This, the Bhonsala Palace, has watched over its portion of the Ganges and her devotees since 1795. Seeing it today, neglected and falling into disrepair, one can only imagine life along this holiest of rivers in the early 1800’s. Little has changed. The pilgrims by the thousands still come to Varanasi for their spiritual cleansing and to die. But the grandeur that once was, is falling down. Literally, and at times falling into the Ganges.The Bholsale Ghat, where the palace stands, was built in 1780 built by the Maratha King Bholsala. A few years later the palace was constructed along with a temple to Laksma and several other shrines. Boys and Their Boat