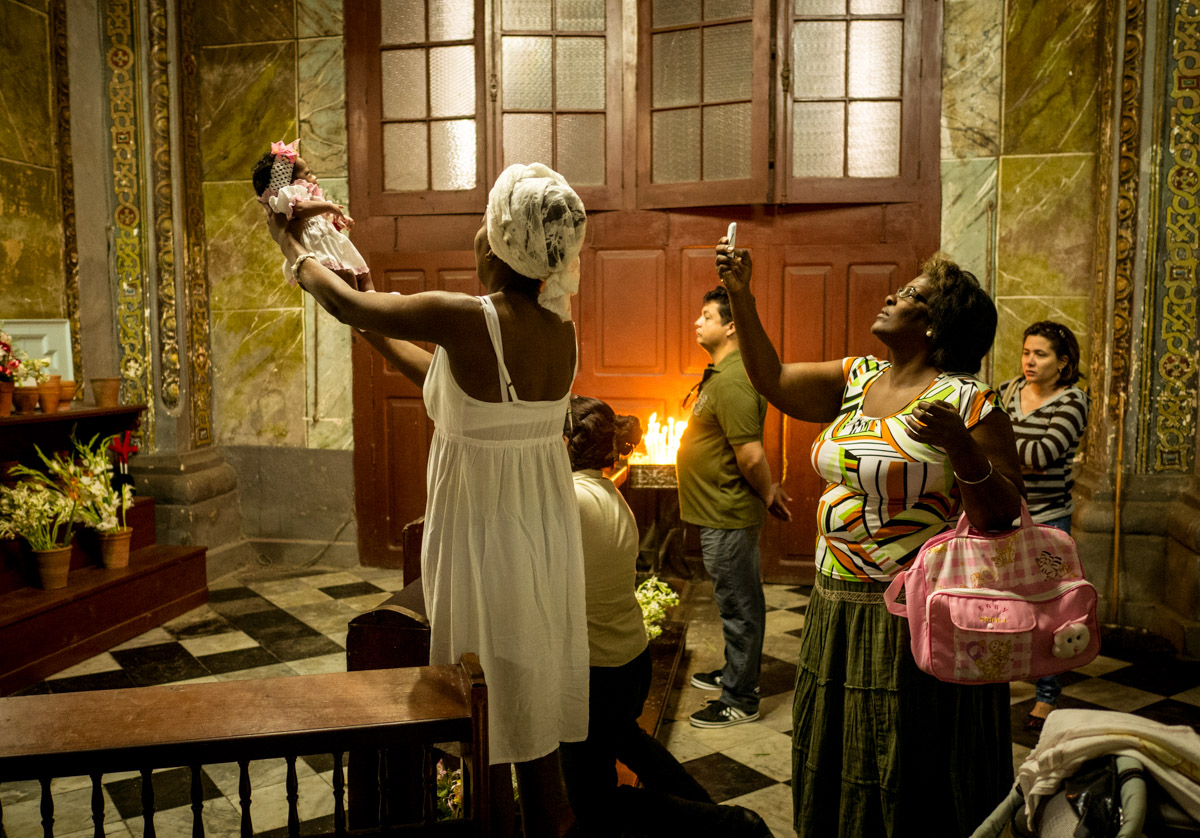 A young mother asks the Virgin of La Merced’s blessing for her 16 day old daughter at the altar of  Iglesia de La Merced  in Habana Veja. Afro-Cuban religion is a blend of Roman Catholicism and West African religions such as Santeria. For the most part, Cubans are religious people. Atheism never really took hold. 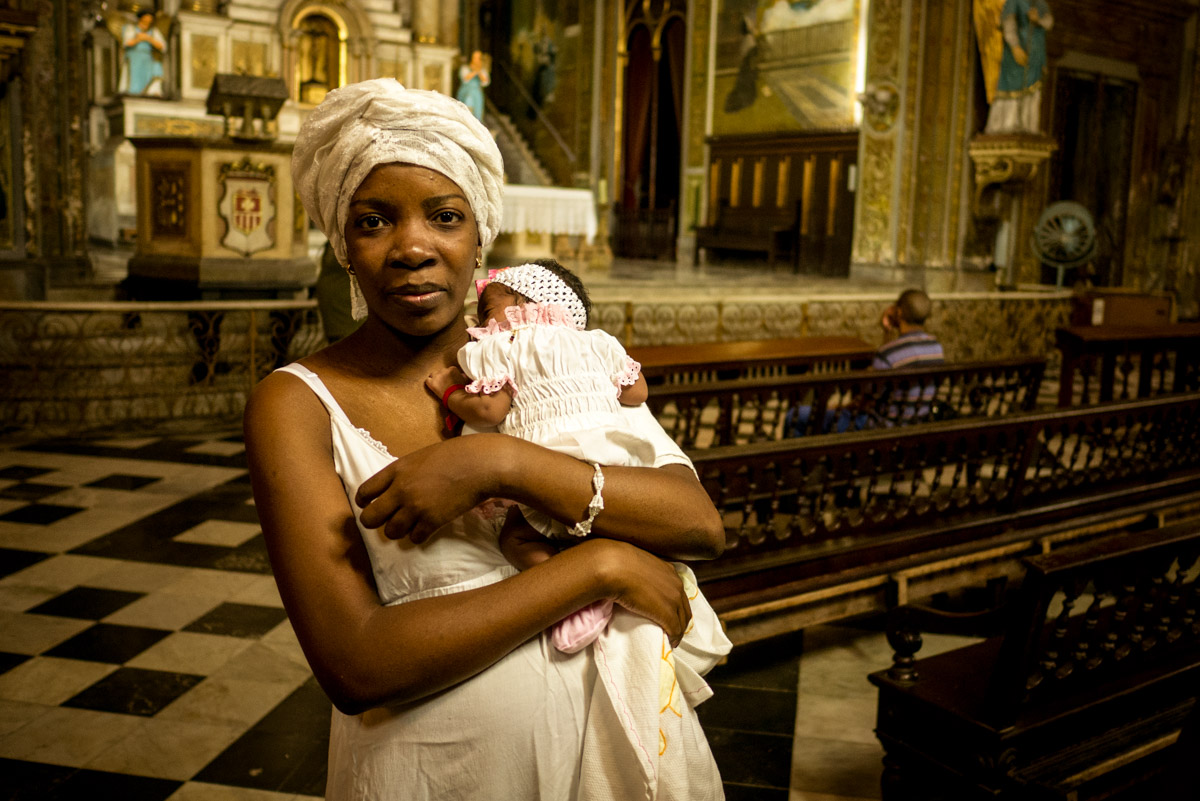 Of Entrances and Exits – What’s Behind the Green Door?

Photoessay: The Sport of Kings

Inside Houses of Worship