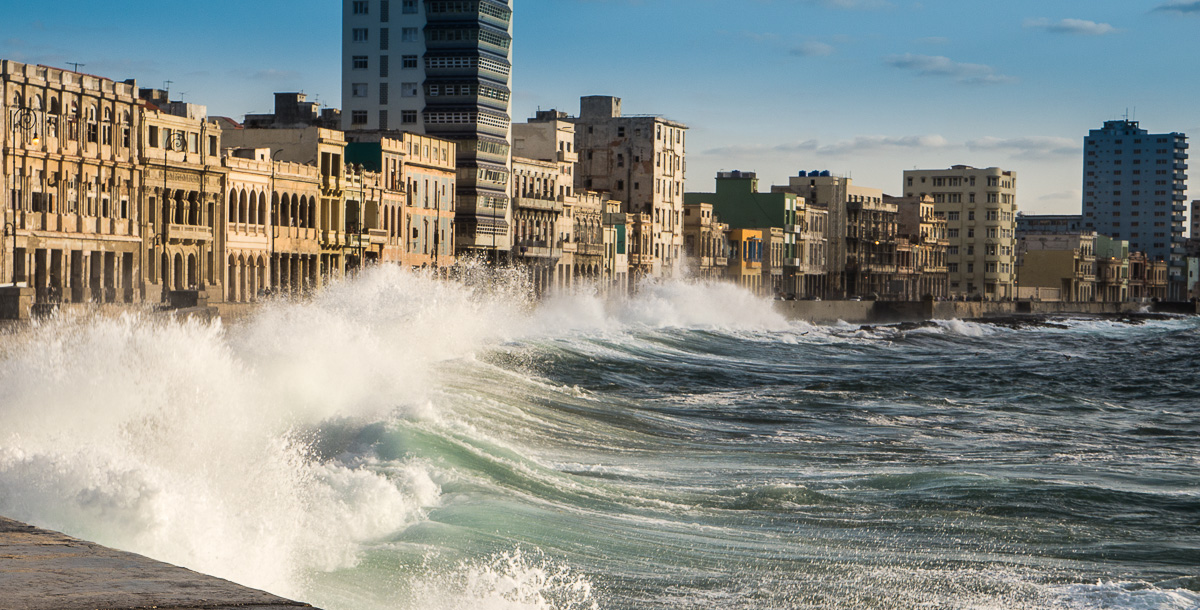 Since having visited Havana in the late 1950’s, just before the Revolution, I’ve had an interest and curiosity of the city and Cuba ever since. Travelerlynne and I had the opportunity to visit Cuba recently for a few days on a People to People cultural exchange. Havana was not at all what I expected in some ways and far exceeded my expectations in most ways.

While many of the city’s grand old buildings are badly deteriorated, the city itself is busy and vibrant. Traffic is heavy and the ubiquitous Yank Tanks, classic US cars, amazingly, continue to roll on like the sands of time, thanks to the ingenuity of the Cuban people. A metaphor of Cuba itself. These cars found their way to Cuba during the 1950’s when the post war prosperity pervaded the US and its tiny island neighbor to the south. Cuba was a playground for wealthy Americans and life was good for them, though not so for most Cubans. This all ended in 1960 with the US embargo against Cuba. Since then, these American turned Cuban cars are kept running because of their owner’s repair skills and inventiveness. Spare parts from Russian and Chinese cars, trucks, and farm machinery are often adapted to the Yank Tanks. The people we met along the way made our brief visit most memorable. They are warm, friendly and welcoming. They love their country and are eager to share their stories. While life is still not easy for most, it is much improved in recent years. It seems that while almost everyone has relatives living overseas, especially in the US, most have no desire to join them. In fact, some we met had lived elsewhere and returned “home.” There is a rhythm to Cuba. A hot, vibrant Salsa beat. And you hear it everywhere. Every neighborhood, every car radio, every restaurant. But the musical heart and soul of Cuba is Rumba; percussive rhythms, song, and dance. Traditions brought by slaves from Africa. Rumba means party and Cubans know how to party. We were treated to a rooftop rumba in the heart of Havana by a local group of musicians, singers, and dancers. It was a blast. The group was incredibly talented, the afternoon hot and perfect, and the setting surreal. For me, the highlight of the trip. The countryside of Cuba is beautiful. Heading west to Vinales the terrain is at first rolling hills and then low mountains. The foliage is tropical, of course, and temperatures a little cooler than Havana. This is one of the main tobacco growing regions for Cuba’s famous cigars. We spend an afternoon in Vinales, a sleepy little town of friendly people, watching cigars being made, sipping rum, and listening to, what else, a salsa band. A visit to Havana would not be complete without spending an evening under the stars at the world renown Tropicana cabaret and nightclub. The high energy, over-the-top show starts at 10PM and lasts to well past midnight. The Las Diosas de Carne (Flesh Goddesses), as the showgirls are known, are barely clad in sequins and feathers. The Tropicana opened in 1939 and has been going strong ever since, reaching its most outlandish in the late 1950s just before the Revolution. Nonetheless, it is not to be missed. Did I mention, a bottle of Havana Club rum comes with the price of admission? As you may have gathered, Cuba is a land of contrasts. The people are friendly and eager to share their stories. They love their country but wish they had more opportunities. Havana is a vibrant, beautiful city but stuck in the 1950s. The architecture is grand and elegant, but often buildings are crumbling. Shops are few and poorly stocked. Western influence is almost non existent. No Starbucks, Kentucky Fried Chicken, Target, Walmart, etc., yet everyone seems to find what they need and are generally optimistic. As I said, Cuba was not what I expected, but more than I expected.

Further posts about Cuba are coming up. If you would like to be notified by email of new posts just click on the “Follow” tab at the lower right of this page.

Shave and a Haircut…50 Rupees