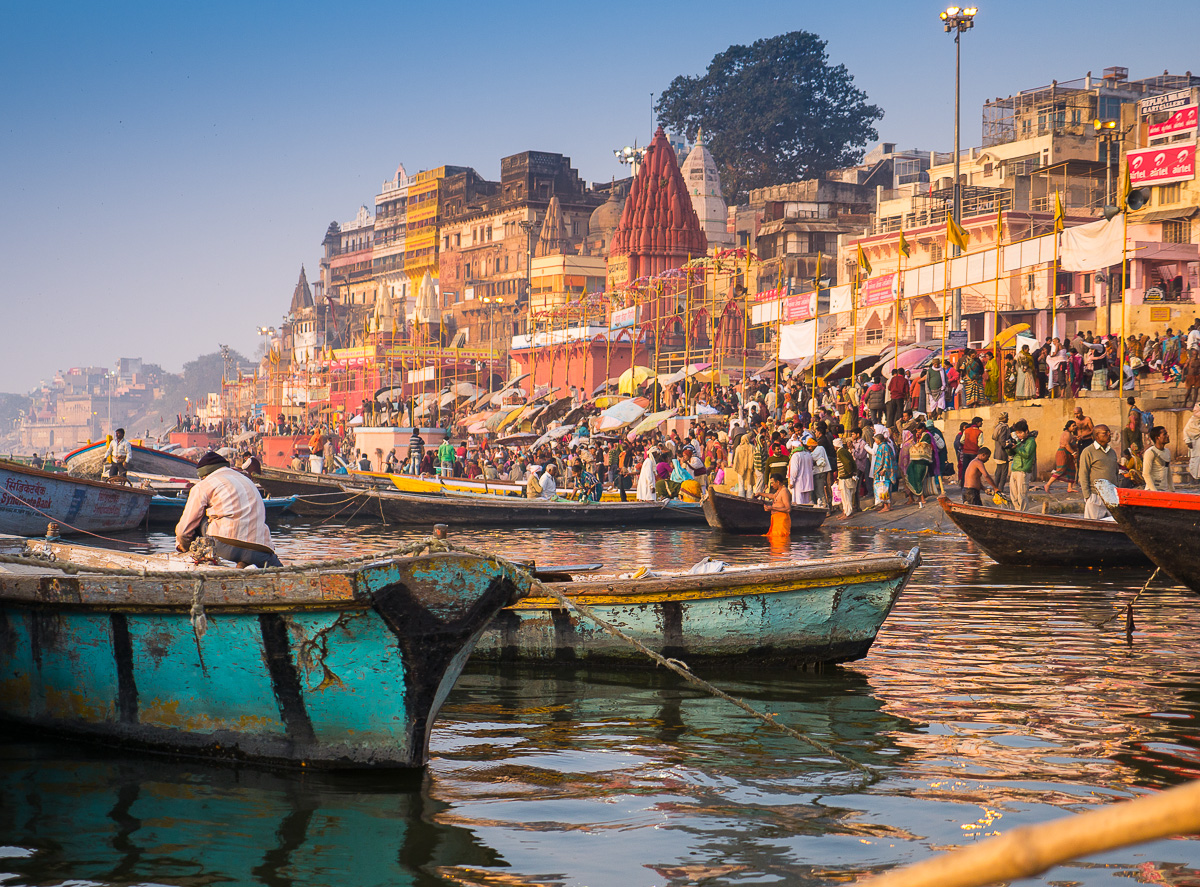 “Varanasi is older than history, older than tradition, older even than legend, and looks twice as old as all of them put together”

Varanasi, in northern India, is the oldest living city in the world. In fact, according to Hindu tradition, this is where Lord Shiva and his consort Parvati stood at the beginning of time. Situated on the bank of the holy river Ganges, Varanasi is considered the spiritual capital if India. Every Hindu wants to make a pilgrimage here at least once in their lifetime. And to die here on the banks of the Ganges is an assurance of heavenly bliss and emancipation from the eternal cycle of birth and death.

“Enlightenment, and the death which comes before it, is the primary business of Varanasi.”

As soon as the sun rises over the Ganges devotes begin to make their way to Varanasi’s famous ghats for their holy dip in the Ganges to receive forgiveness from sin and attainment of nirvana. To be on the Ganges at this golden hour and witness this spiritual ritual is an experience not soon forgotten.

Of Entrances and Exits – What’s Behind the Green Door?

Much Older than Her Age -Varanasi, India