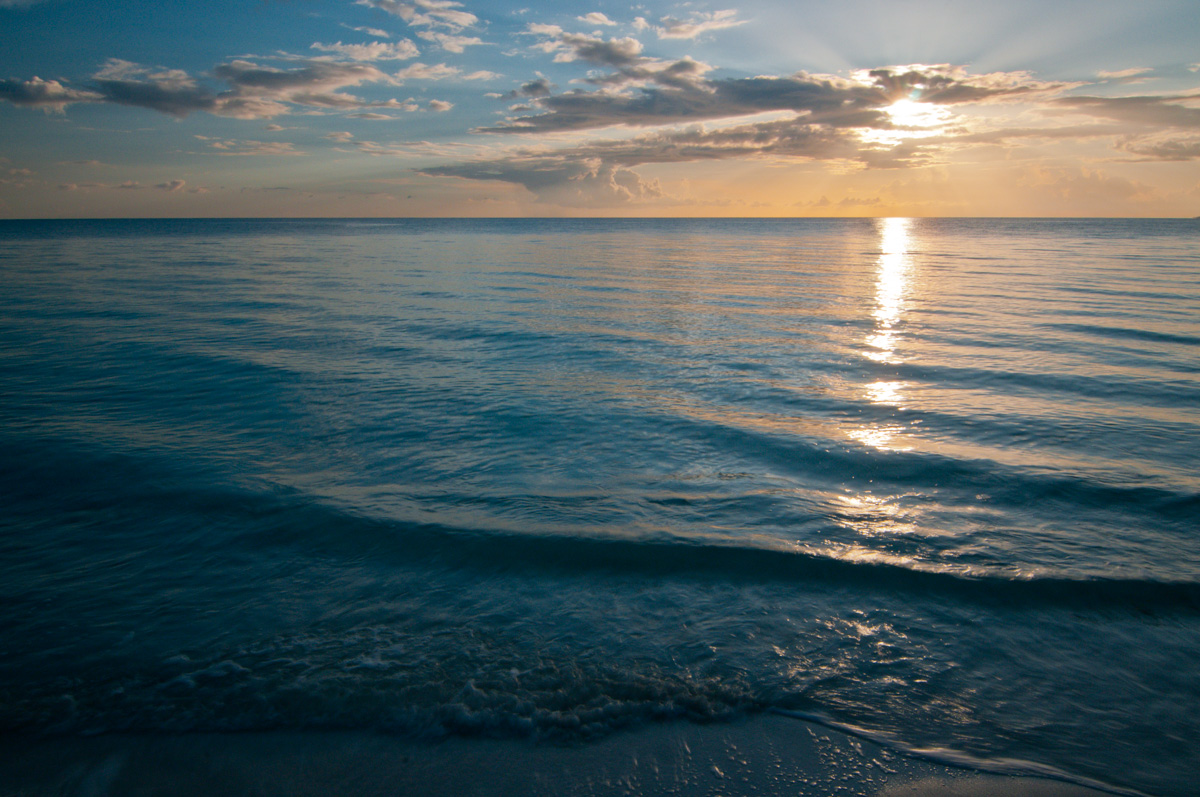 In the artificial world of his cities and towns, man often forgets the true nature of his planet and the long vistas of its history, in which the existence of the race of men has occupied a mere moment of time. The sense of all these things comes to him most clearly in the course of a long ocean voyage, when he watches day after day the receding rim of the horizon, ridged and furrowed by waves… And then, as never on land, he knows the truth that his world is a water world, a planet dominated by its covering mantle of ocean, in which the continents are but transient intrusions of land above the surface of the all-encircling sea…Rachel Carson

Those that live by the sea can hardly form a single thought of which the sea would not be a part...Hermann Broch

I send thee a shell from the ocean beach;

But listen thou well, for my shell hath speech.

To stand at the edge of the sea, to sense the ebb and flow of the tides, to feel the breath of a mist moving over a great salt marsh, to watch the flight of shore birds that have swept up and down the surf lines of the continents for untold thousands of year, to see the running of the old eels and the young shad to the sea, is to have knowledge of things that are as nearly eternal as any earthly life can be… Rachel Carson

I find the great thing in this world is not so much where we stand, as in what direction we are moving: To reach the port of heaven, we must sail sometimes with the wind and sometimes against it,—but we must sail, and not drift, nor lie at anchor… Oliver Wendell Holmes

The cure for anything is salt water: sweat, tears or the sea...Isal Dinesen

Twenty years from now you will be more disappointed by the things you didn’t do than by the ones you did do. So throw off the bowlines. Sail away from the safe harbor. Catch the trade winds in your sails. Explore. Dream. Discover... Mark Twain

For more on this week’s photo challenge …

From Lines to Patterns – From Here to There