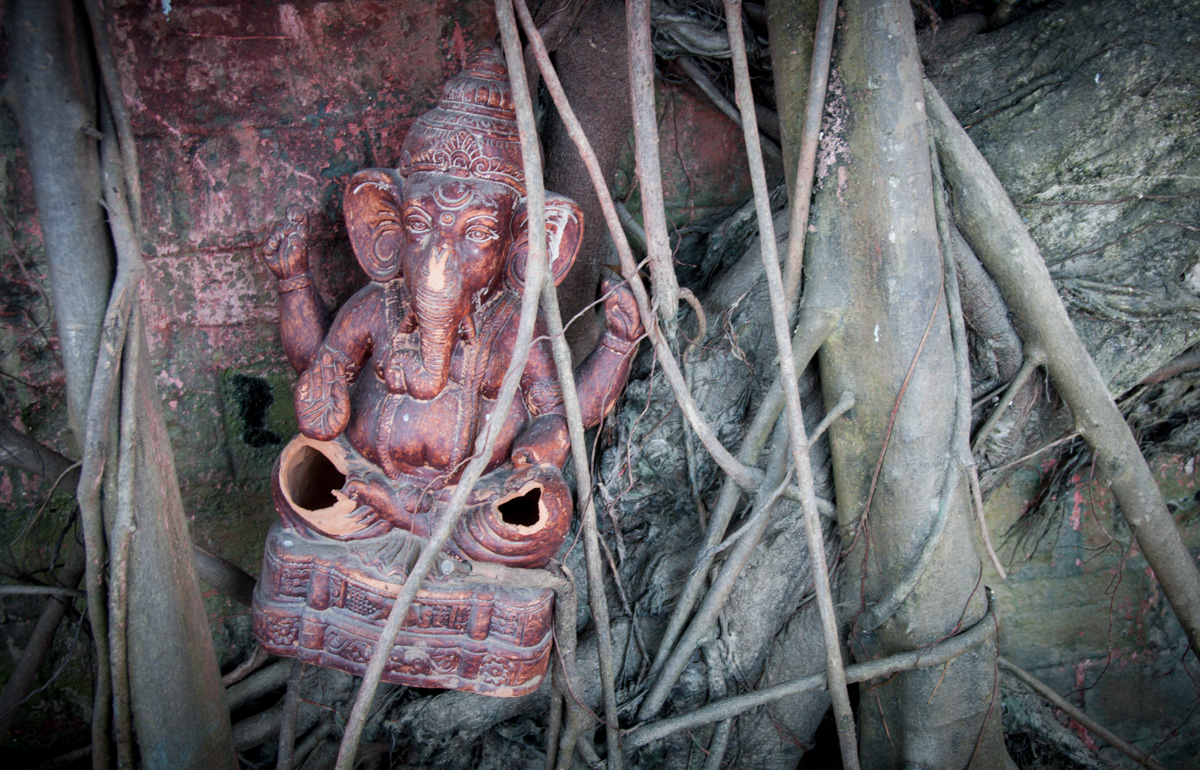 The Hindu deity Ganesha lies hidden behind tree roots along a ghat in Kolkata, India. Ironically, Ganesha is revered as the remover of obstacles.

Darkness was hidden in a deeper darkness; This all was as a sea without dimensions; The Void still held
unformed what was potential, Until the power of Warmth produced the sole One

I have long considered it one of God’s greatest mercies that the future is hidden from us. If it were not, life would surely be unbearable.

The future is hidden by a dark impenetrable veil, and yet we struggle to pierce through it.

Three things cannot be long hidden: the sun, the moon, and the truth.

The hidden harmony is better than the obvious.