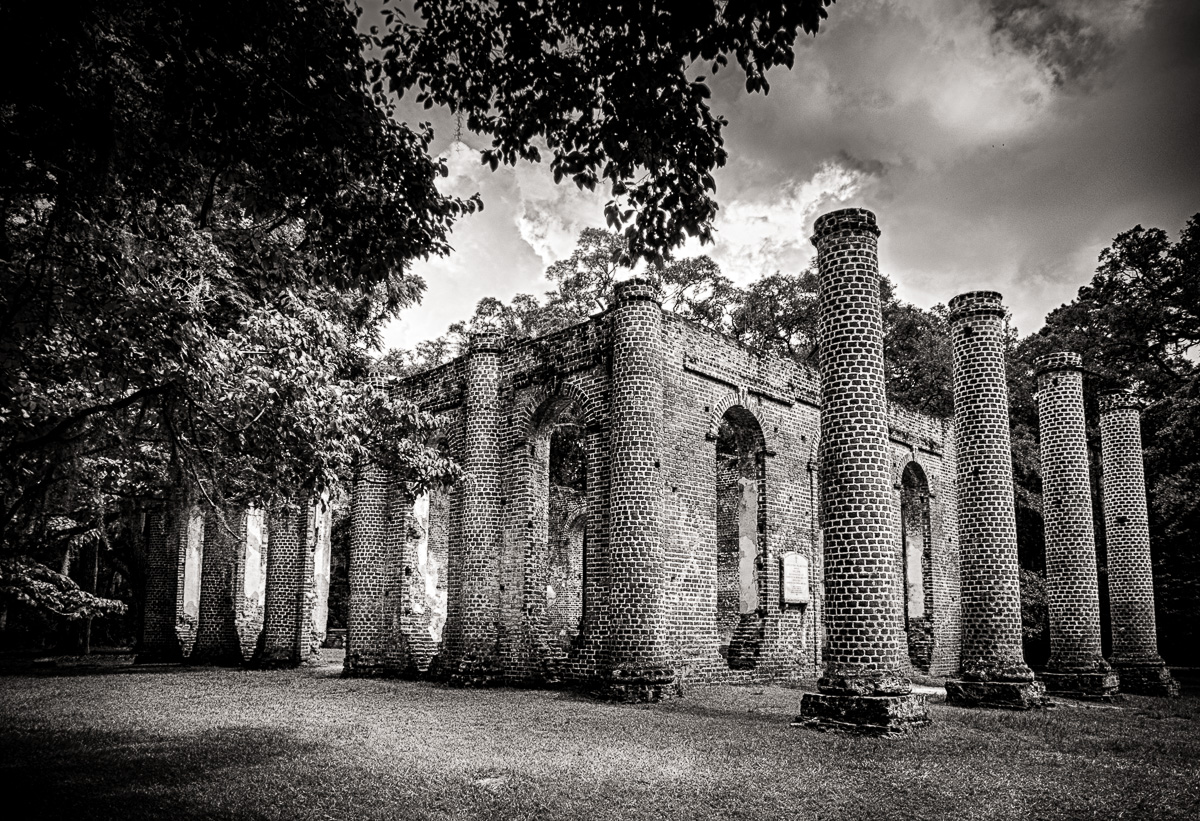 Our road trips take longer than they used to. Whenever possible we travel the back roads, the blue highways, the roads less traveled. While America’s interstate highways are efficient, they are also predictable and boring. But there is a lot of mystery and history to be discovered on the roads less traveled. Recently, while exploring the swamps and marshes of coastal South Carolina, we learned of the ruins of a pre-Revolutionary War church. After more research and reading we found out there are actually five such church ruins tucked away in these backwaters and all but forgotten.

Between Yemassee and Beaufort and not too far from Gardens Corner, in the heart of South Carolina’s Low Country, lies the ruins of the Old Sheldon Church. Originally called the Prince William Parish Church, it was funded by William Bull, a wealthy rice planter and South Carolina’s Lieutenant Governor, and built between 1745 and 1755. The church is the oldest Greek Revival style building in America and was considered the finest rural church in the country when it was built. The setting is equally spectacular. The ruins are surrounded by ancient live oak trees and scattered graves. In 1865, during the Civil War, the church was destroyed again. Many believe it was burned a second time by the Union army as part of Sherman’s “March to the Sea.” But a second, and probably more credible, version suggests the Sheldon Church was ravaged by Union forces, but not burned. After the war, blacks and whites alike gutted the interior for materials to rebuild their homes destroyed by Sherman’s army.Today the church ruins are as enduring as ever and the surrounding grounds shaded by the massive live oak trees make for an idyllic setting. The Old Sheldon Church Ruins has become a popular location for weddings, much to the chagrin of Bull family descendants. Into the Forest Darkly