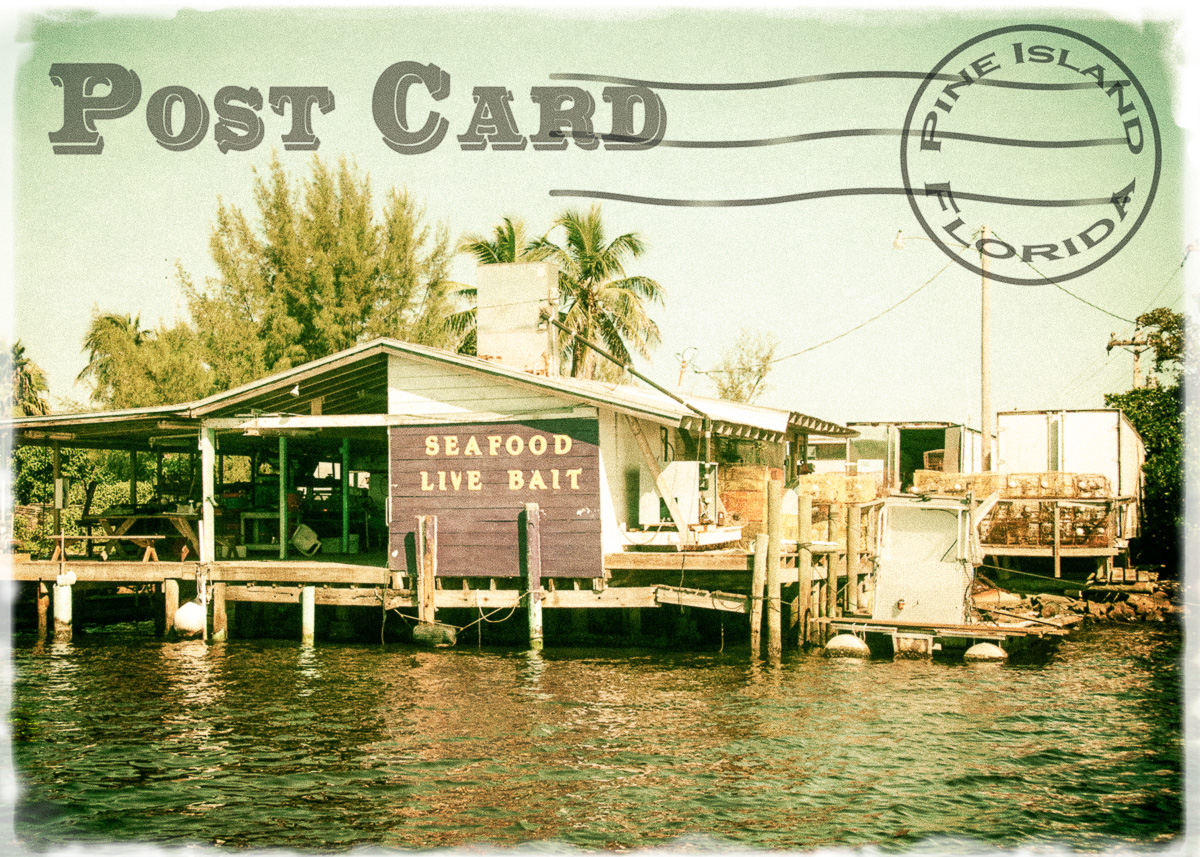 As much a state of mind as an actual place, Pine Island is Old Florida at its best and where I call home. This fair sized island along Southwest Florida’s Gulf Coast has always been about fishing. Long before Columbus found Florida, the Calusa Indians were fishing these waters. They subsisted on not just fish but shellfish like conchs, crabs, clams, lobsters, and oysters.  The tradition continued as Florida was settled by Europeans in the early 1700’s. The waters surrounding Pine Island teamed with life and the Islanders took advantage. Over time the fisheries declined as more commercial fishermen made their living harvesting the area’s seafood. Finally, in 1995, the state banned gill net fishing and the way of life of Pine Island’s commercial fishermen changed forever. Today, recreational and sport fishing and some commercial fishing for mullet, shrimp, clams and crabs continue Pine Island’s fishing tradition.

One of the few remaining island Fish Houses is pictured above, as it might have looked as a vintage post card. Below, a lone fisherman’s boot (aka Pine Island Reeboks) sits on the dock there. At the Museum | Monochrome Monday