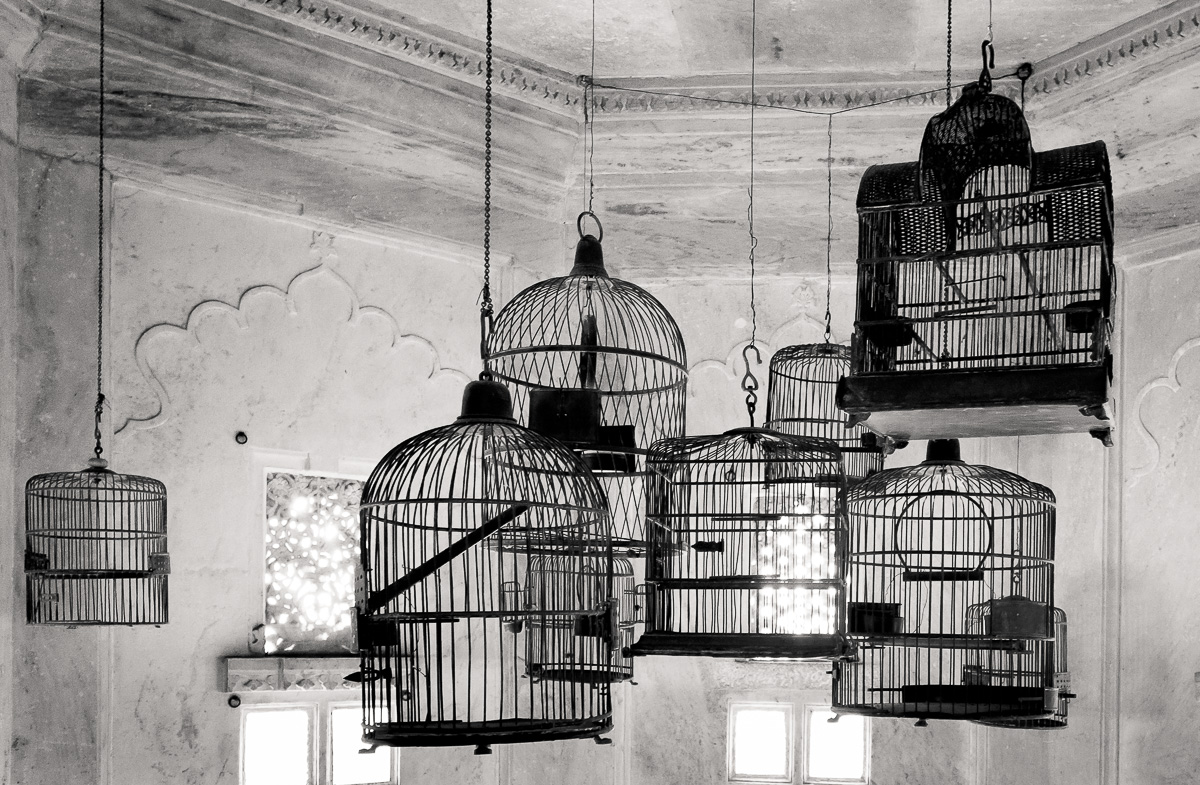 India amazes. You learn to expect the unexpected. To wit, the cluster of empty birdcages hanging in an alcove in the opulent City Palace in Udaipur in Rajasthan, India. Seemed a little out of place alongside the beautiful paintings, textiles, glass, and tile. Construction of the gigantic palace, or more accurately, a series of connected palaces, was started in 1559 by Maharana Udai Singh and continued for over 400 years by his successor Maharanas. The ruling family lived a lavish lifestyle but were bedeviled by wars with the other princely states of Rajasthan. This all ended in 1947 when India gained its independence. All 22 princely states gave up all of their powers and holdings to become part of the Indian state of Rajasthan.

As for the bird cages, apparently one of the royals fancied an aviary of sorts.

A bit of trivia: The James Bond movie Octopussy was filmed in Udaipur, with scenes shot in City Palace as well as nearby Lake Palace and Monsoon Palace.

The End is Near

Over the River and Through the Woods…