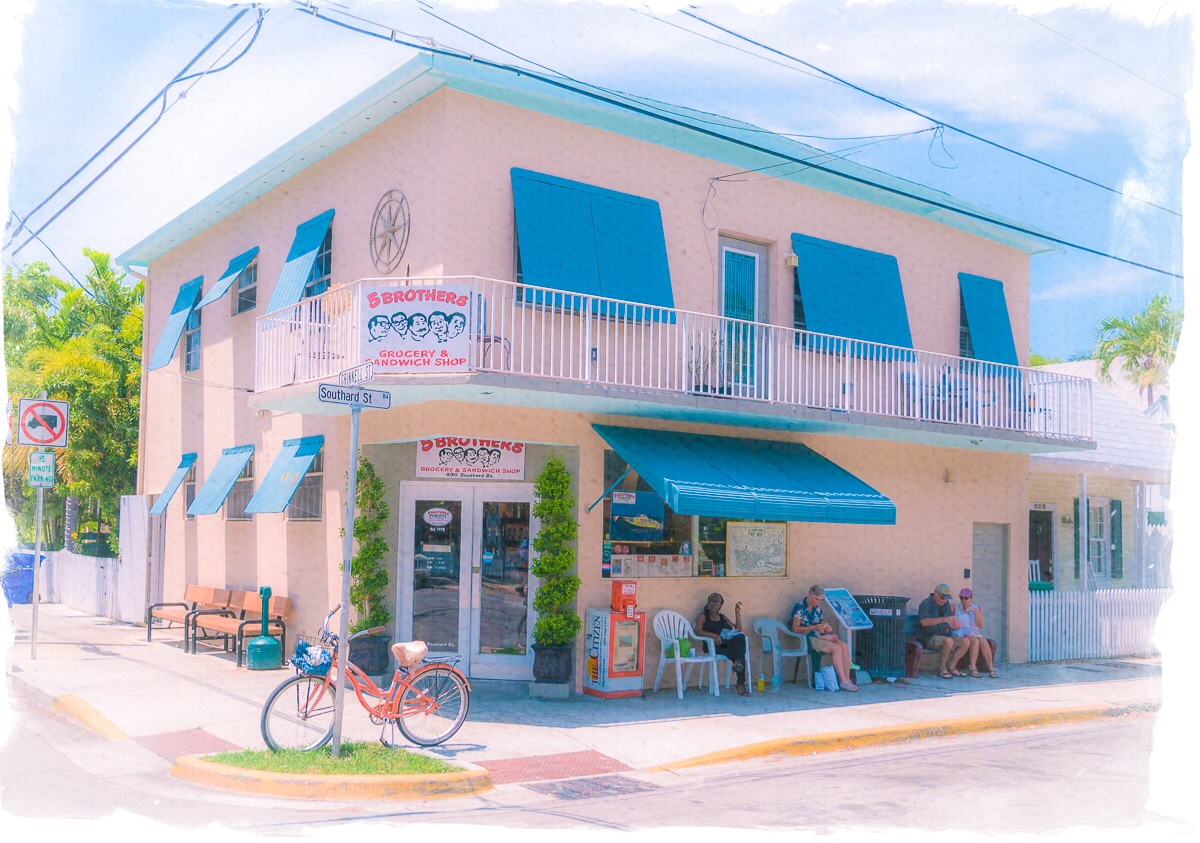 Key West, dangling like a yo – yo, at the end of a string of islands hanging from the bottom of Florida, is closer to Havana than to Miami. It seems to float on those tropical waters at the junction of the Atlantic Ocean and the Gulf of Mexico. At a crossroads. Control of Cayo Hueso, as it was often referred to, was passed back and forth between the Spanish and British, like fish gone bad. The Americans showed up in 1822 and claimed “The Rock” was theirs. No one complained.

The story that was Key West had quite a cast of characters. Pirates and adventure seekers, wreckers and fishermen, railroad tycoons and writers. And of course, the usual supporting roles of barkeeps and prostitutes. The famous and infamous came from everywhere, but most from the Bahamas and Cuba in the earlier years.

Cayo Hueso was the largest city in Florida in the late 1800s, and a major cigar making center. The influx of tabaqueros from Cuba has left its mark on this Southern Most City. Most notably, to my taste, the cuisine.

After a morning visit with the 100,000 residents of the Key West Cemetery, hungry and dripping humidity, we trudged down Grinnell Street looking for relief. Within a few blocks, the culinary oasis we were seeking: 5 Brothers Grocery and Sandwich Shop. What to order. That’s easy.

Bollos, that delectable black-eyed pea, deep fried fritter. Fresh made and piping hot. Reason enough to come to Key West. A delightful little morsel that make hush puppies hide their heads in shame. Next a mixito, of course. This traditional Cuban sandwich made with ham, roasted pork, Swiss cheese, pickles and mustard. Then pressed on a hot grill. Perfection. Ideally, a double shot of Cafe Cubano, Cuban espresso sweetened with raw sugar, to wash it all down. But it’s just too hot today, and an ice cold Red Stripe will have to do.

Lunch bagged and ready, we head outside to the shady side of the store and enjoy the best food on the island, as we watch the world go by. Life was good and now better. In my minds eye, I saw this image (the original is to the right) with a light, bright, tropical feel, and a little nostalgic.

Most of the work was done in Lightroom. To get the look I wanted I:

That was about it for the processing.

I then opened the image in Photoshop and added linen like pattern fill at about 13% opacity for a little texture.

And finally, in the Perfect Effects 8 plugin I added a Torn Paper border for a bit of a watercolor look.