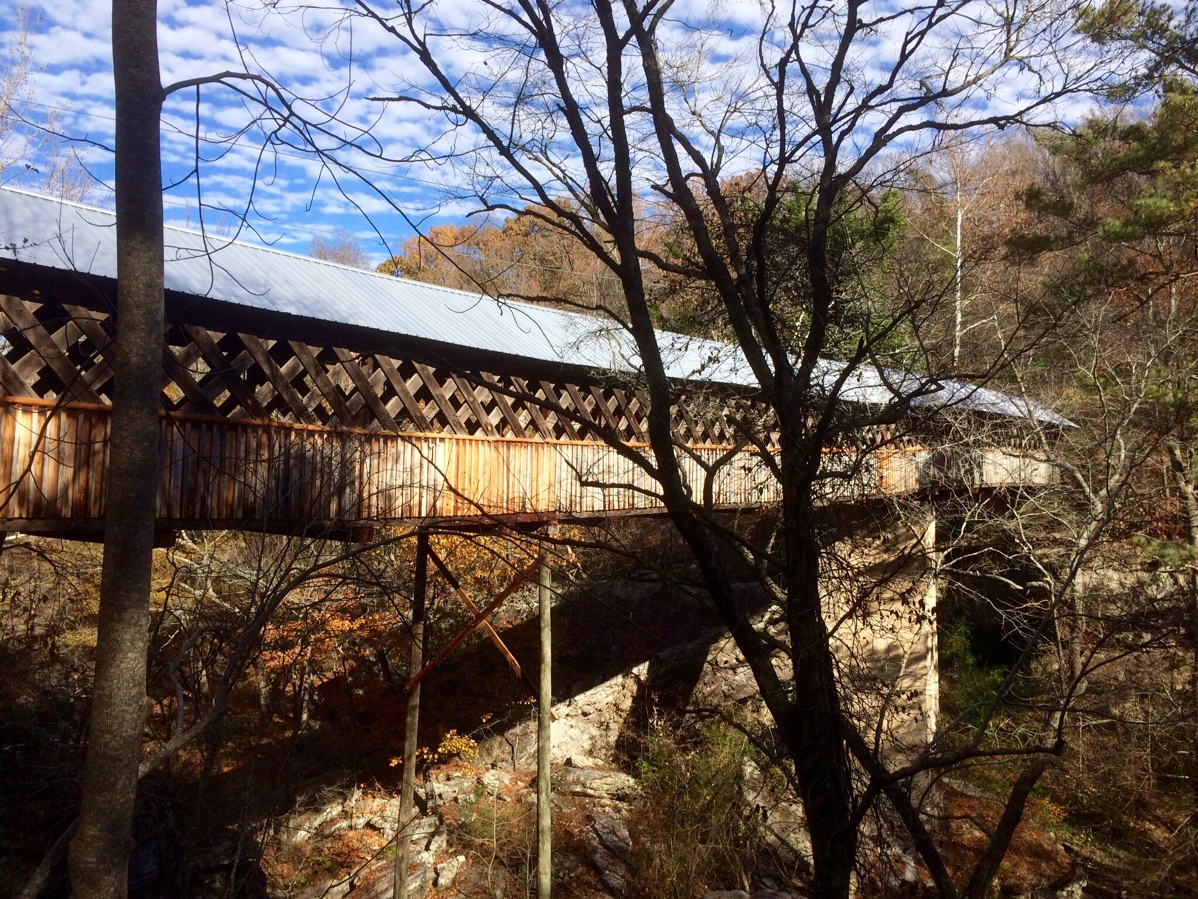 These days, whenever possible, we eschew the interstate highways. We prefer the back roads, the roads less traveled. Small rural towns and old farmsteads are preferable to the endless parade of eighteen wheelers and billboards. Serendipity may be waiting around the next curve. For example, while exploring secondary roads around Oneonta in northern Alabama, we discovered the Horton Mill Covered Bridge. Built in 1934, it spans the Calvert Prong of the Little Warrior River and the setting is spectacular. We had the place to ourselves. The day was warm and beautiful with the last vestiges of fall clinging to the trees.  The  rushing stream below and occassional bird song were the only sounds. We drove over the bridge, twice. And then on to discover the Easly and Swan Covered Bridges. In all, there are eleven covered bridges still in existence in Alabama, but none along the interstate highways.

Havana, Cuba – Not What I Expected and Much More