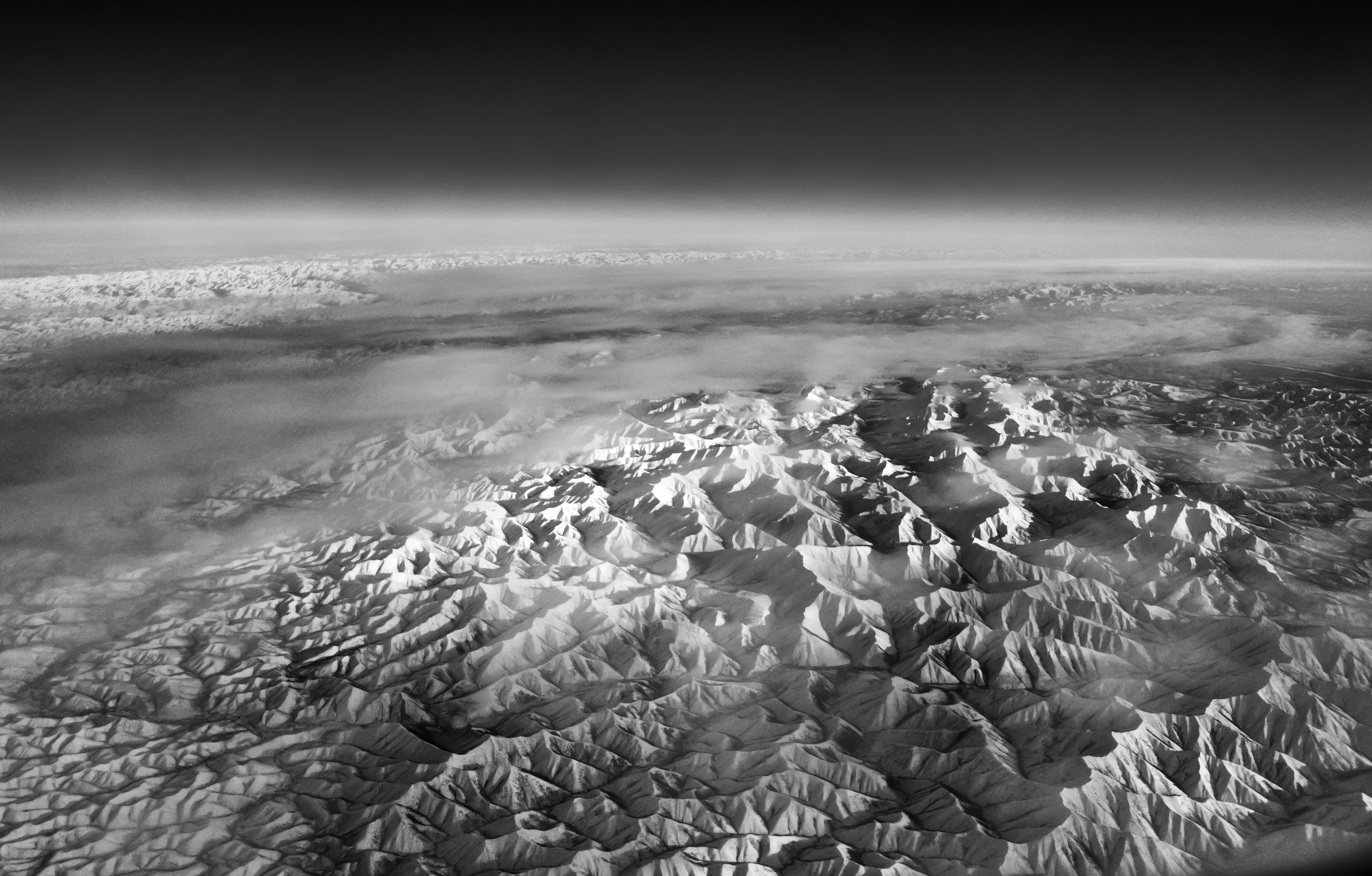 Recently, during the final hours of a very long flight from Detroit to Seoul, Korea, I was getting restless. The twelve-hour flight had been delayed another 5.5 hours in Detroit because of weather and I was stir crazy. Watched two movies, ate, dozed, read, ate, dozed. Sheer boredom led me to check our position with the flight tracker app on the entertainment monitor staring mindlessly at me. We were flying at about 37,000 feet, heading a little West of South at a speed of something over 500 mph and were in the vicinity of the Artic Circle. Wondering what it looks like flying near the Arctic Circle I pried open the window shade just a little. The cabin crew threatened everyone to keep the shades down to give the illusion of nighttime so we would sleep and leave them alone for a while. 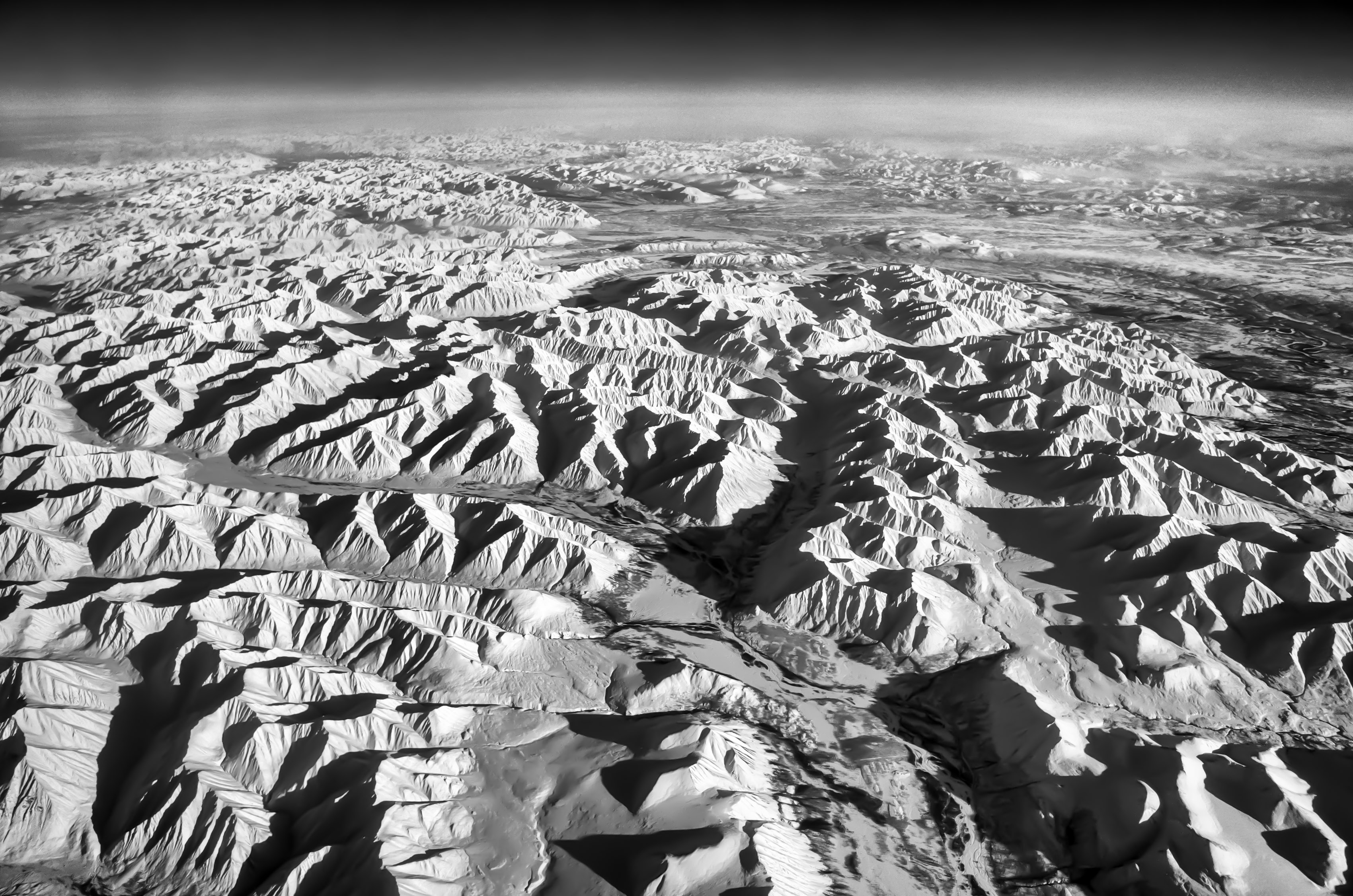 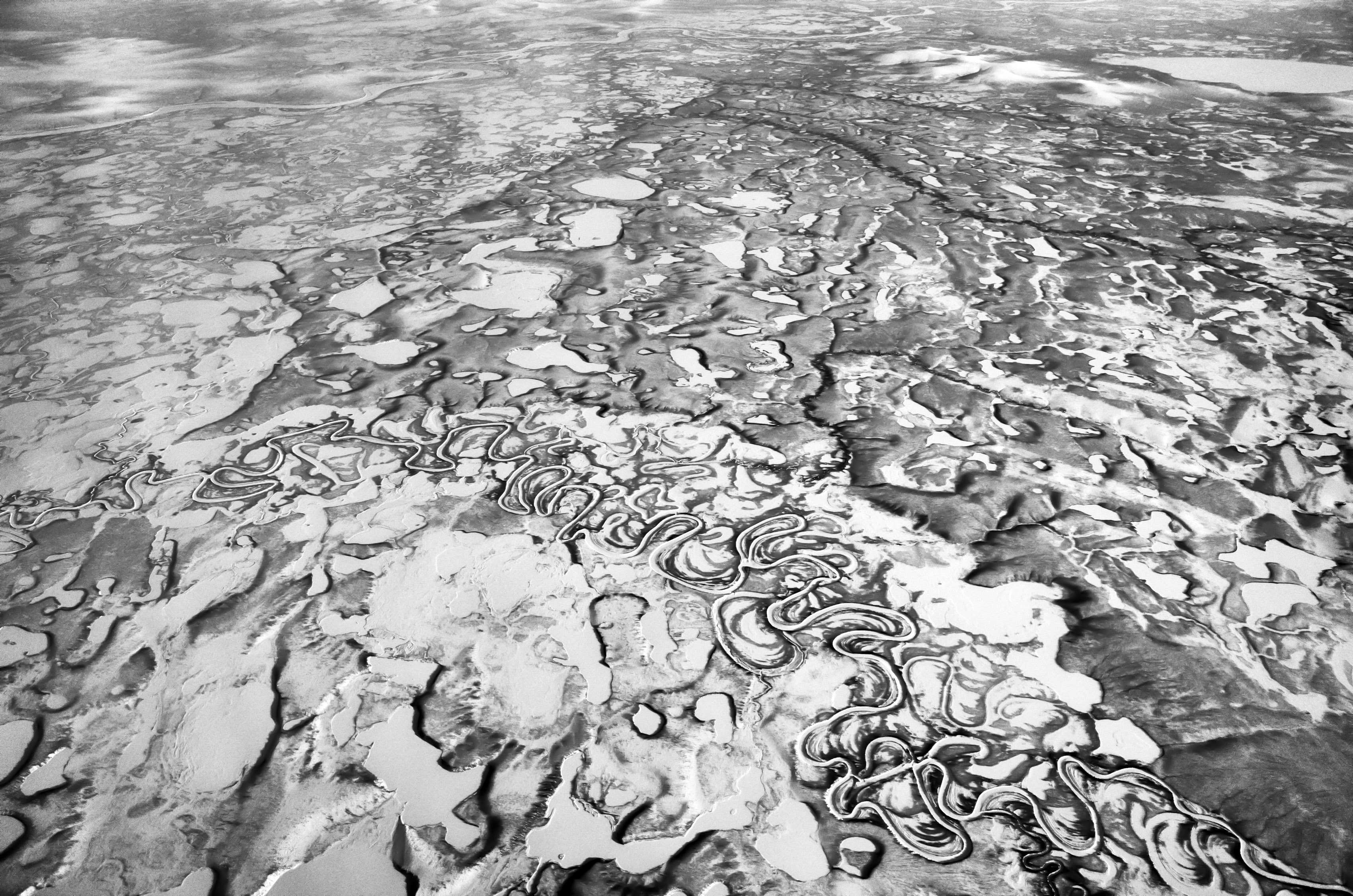 I fully expected to see nothing but an endless cloud bank. But, what I saw was a snow covered mountain range that stretched to the horizon. At this altitude, the horizon arcs slightly because of the curvature of the earth. And above that, the clear sky becomes a very dark blue/black and I am now peering through the upper layers of the stratosphere into space. Being a photographer. I usually have a decent camera nearby. And in a few minutes, I saw and photographed landscapes for a lifetime, at least for me. 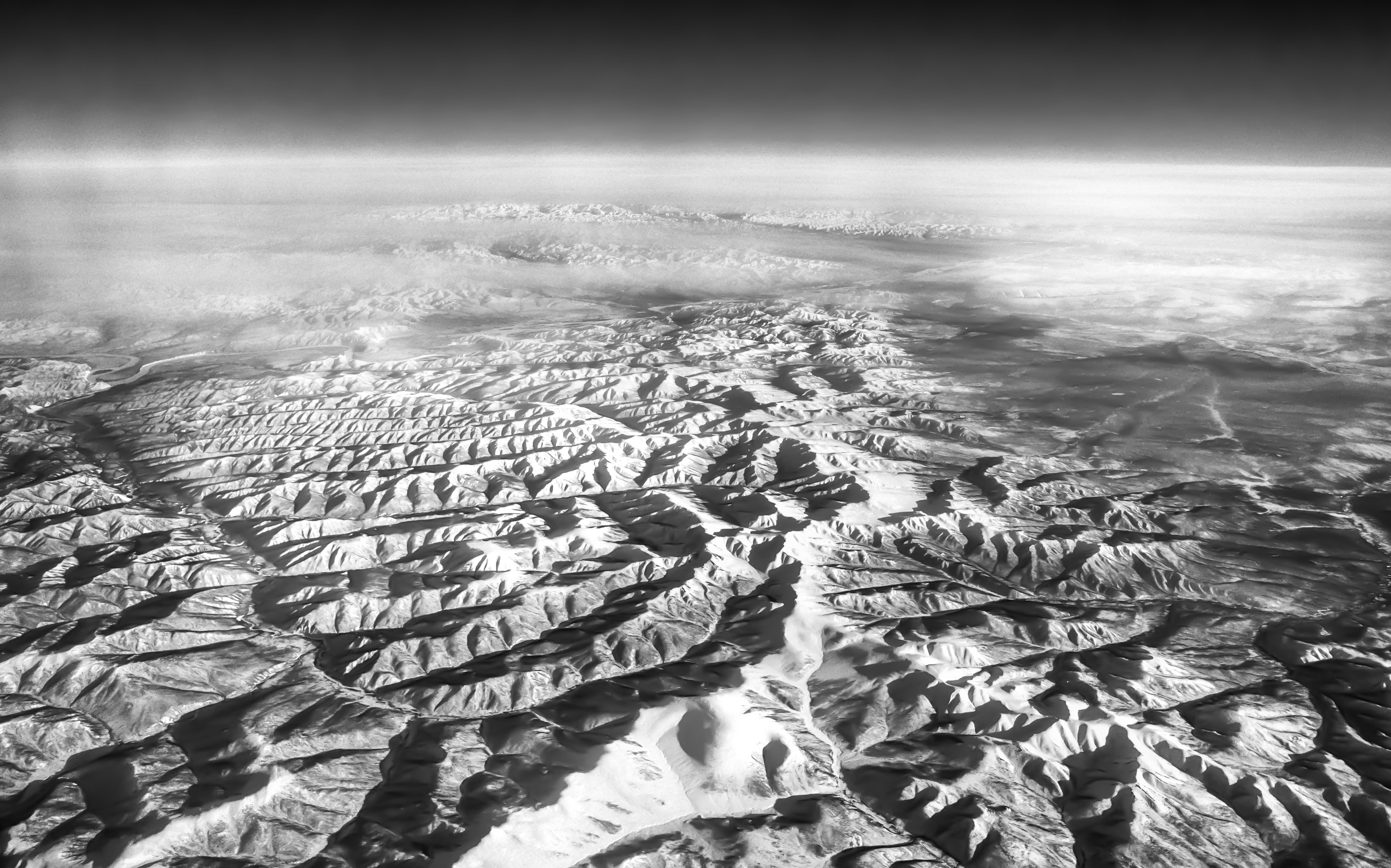 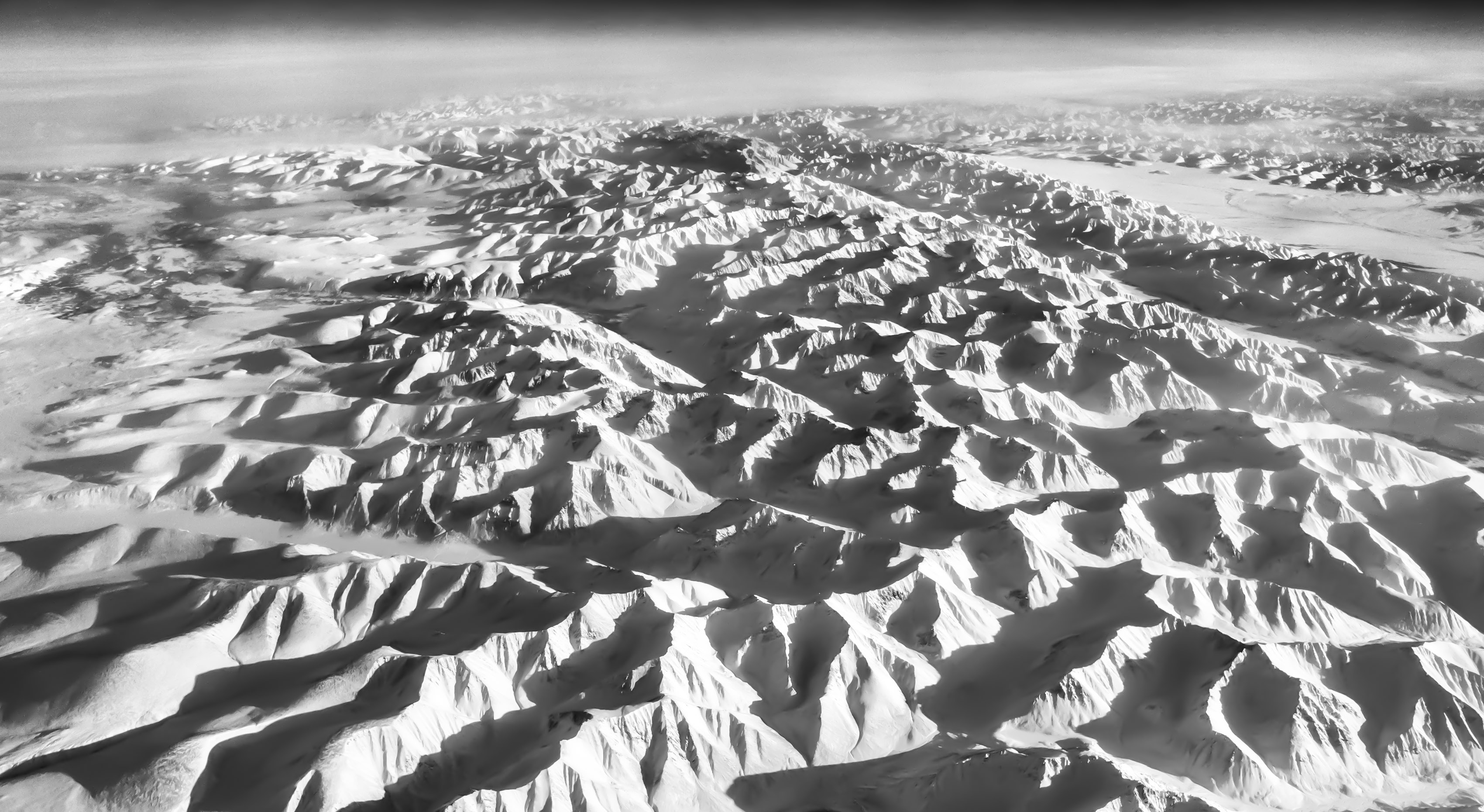 The mountains are the Kolyma Range located in extreme Russian Far East and are bound by the East Siberian Sea and the Artic Ocean. Permafrost and tundra cover much of the region and winter lasts most of the year. The area was the most notorious region for Stalin’s Gulag forced labor camps. 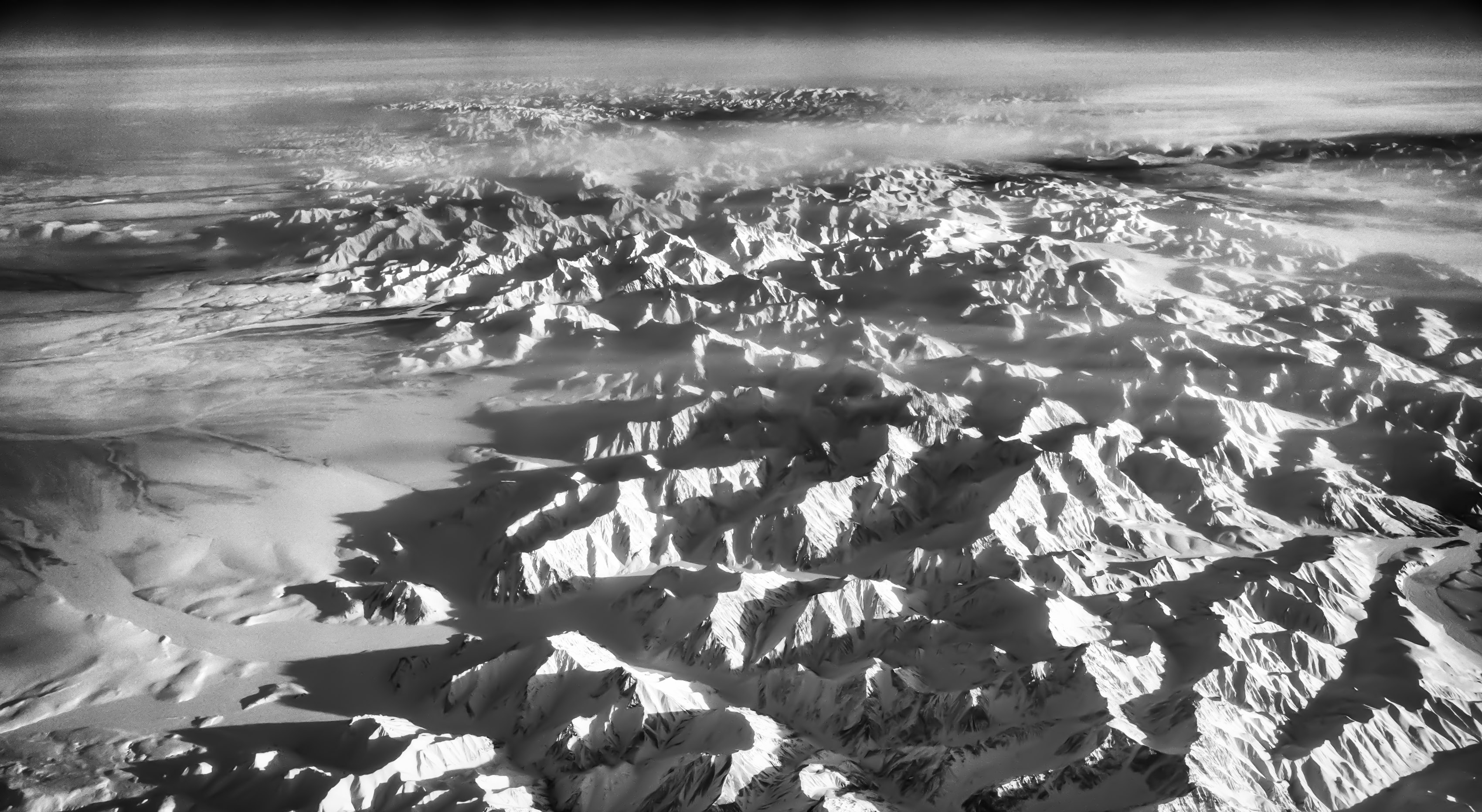 And thus began over five weeks of travel through much of SE Asia. Two weeks traveling in Vietnam photographing indigenous people in both the north and the south. Then on to Singapore, and Kuala Lumpur, Penang, and Malaka in Malaysia. And lastly, a return visit to Luang Prabang, Laos. Stay tuned!

Portrait of a Girl

To Market in an Indian Mercedes