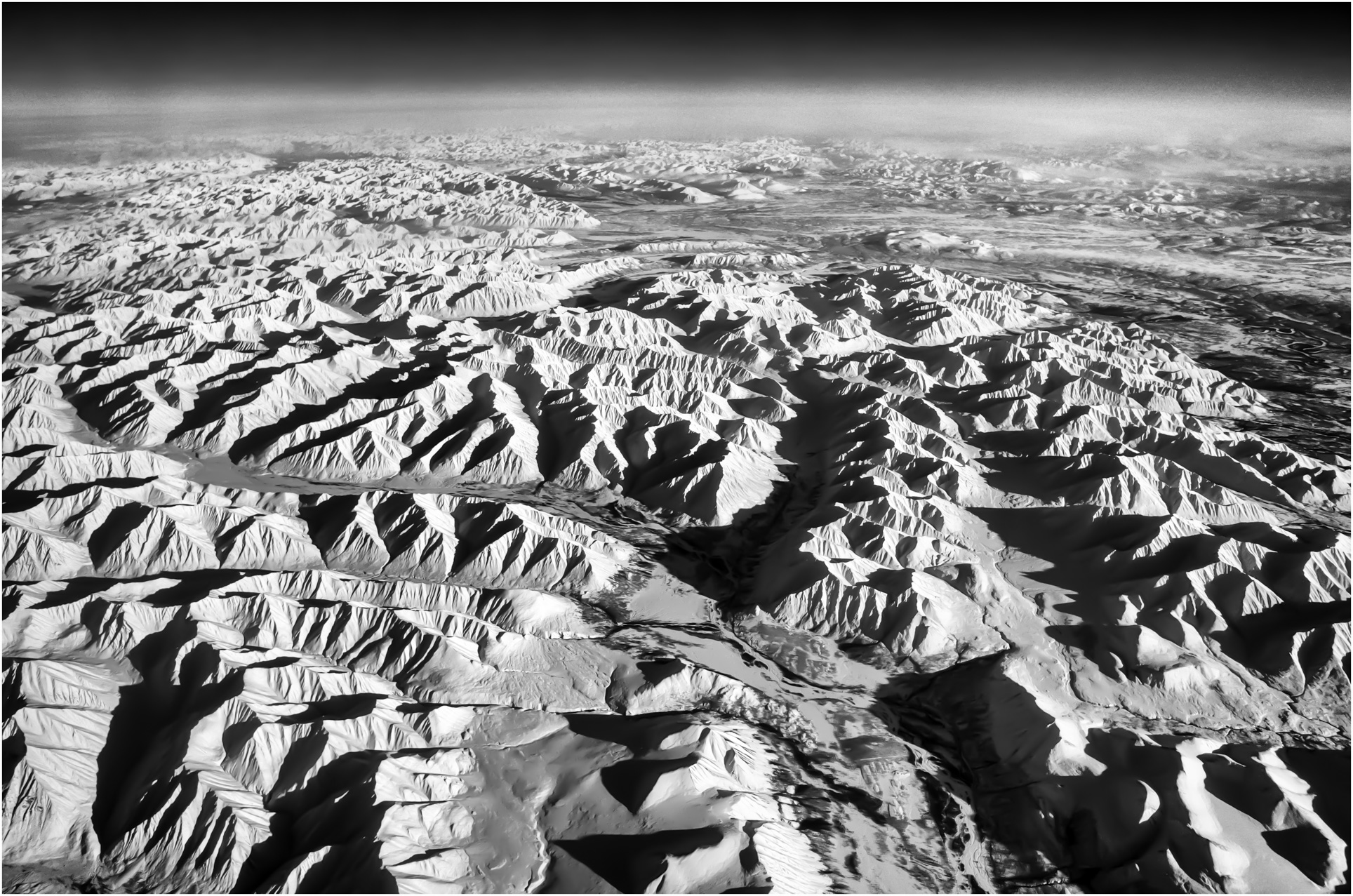 A glacial landscape taken from ‘The Window Seat From 36000 Feet.” I photographed this alien landscape on a flight between Detroit and Seoul, Korea, while traveling from Tampa to Hanoi. We were flying above the Arctic Circle over the Russian Far East near the East Siberian Sea. At this altitude, one can actually see the curvature of the earth. And above that, the clear sky becomes a very dark blue/black and I am now peering through the upper layers of the stratosphere into space.

At the Art Gallery: A Self-portrait