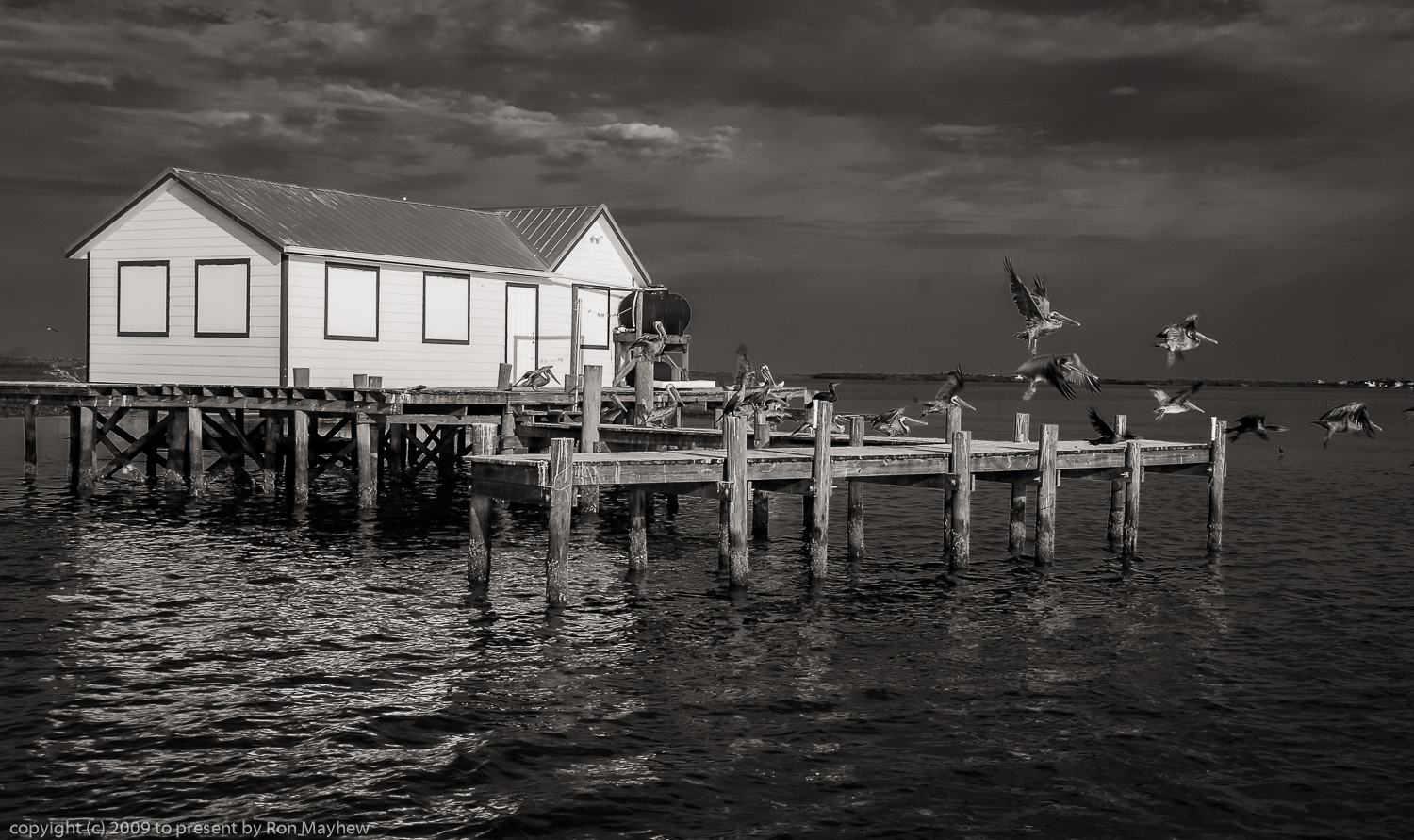 Over the past dozen years or so I spent many hours photographing the historic Fish Shacks in Pine Island Sound in coastal Southwest Florida. These ionic structures fascinate me. I would try to imagine the rugged but independent lifestyle of those who lived and worked there. I wanted the images to give the viewer a sense of solitude and a oneness with nature these fishermen surely felt. Of the thousands of images curated just ten told my story. The best of the best.

Located on an oyster bar near Captiva Pass, the shacks were home to commercial fishermen, and often their families, in the early 1900s. Life for the fishermen was very basic with no modern conveniences such as electricity or plumbing.  Ice boats from the Punta Gorda Fish Company would deliver ice to the shacks and pick up the day’s catch. Another boat would collect the fishermen’s kids and deliver them to Pine Island where they would catch the bus to school on the mainland. In the afternoon the long trip home would begin. By mid-Twentieth Century many of the shacks were abandoned as fish stocks dwindled and families wanted homes with some modern conveniences. Over the succeeding years, hurricanes claimed many. Only six remain.

Just in time for the Holidays prints of the ten images plus many aerial photos of Pine Island Sound and her Islands are available at substantially discounted prices for a limited time. Now is the time to collect memories for yourself and share them with others.

The Angels of Bonaventure Point the Way Up

The Mekong, River of Life – a Photo Essay