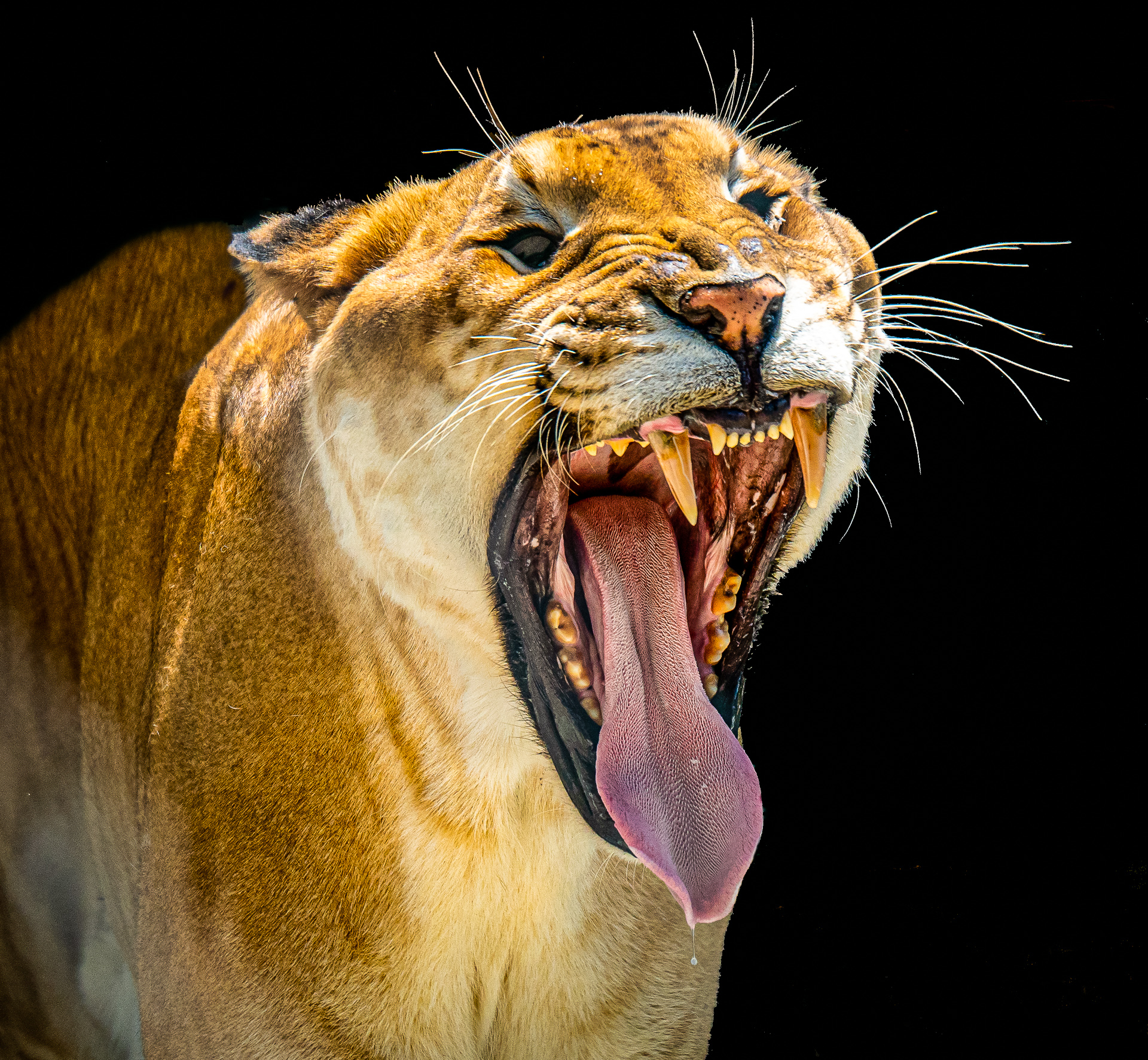 Brutus is a liger, which is the result of breeding a male lion to a female tiger. Conversely, a tigon is the result of a male tiger mating with a female lion. Both are bred and exist only in captivity. Of course, neither hybrid species would occur in nature. Their habitats do not overlap -lion’s habitat is in Africa while tigers inhabit Asia – nor would either instinctively attempt to mate with a different species. Obviously, captive breeding of lions with tigers is controversial.

Brutus is a big boy, weighing in at over 900 pounds and lives at the Big Cat Habitat near Sarasota, Florida.

Still Life with Rum and a Cigar

Impressions of a Garden