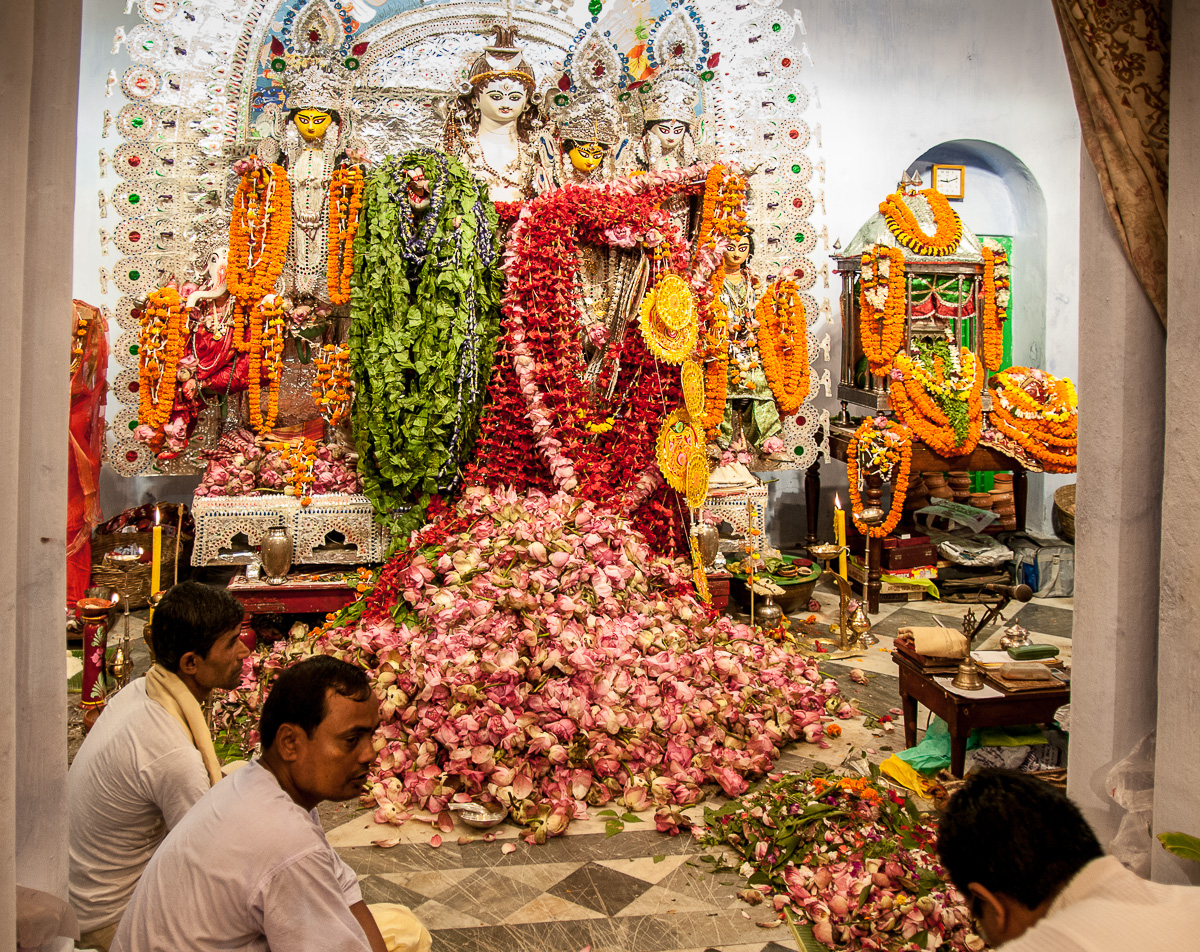 I believe that the civilization India has evolved is not to be beaten in the world. Nothing can equal the seeds sown by our ancestry. Rome went; Greece shared the same fate; the might of the Pharaohs was broken; Japan has become westernized; of China nothing can be said; but India is still, somehow or other, sound at the foundation.

Hinduism has made marvelous discoveries in things of religion, of the spirit, of the soul. We have no eye for these great and fine discoveries. We are dazzled by the material progress that Western science has made. Ancient India has survived because Hinduism was not developed along material but spiritual lines.

Fresh flowers are an essential part of any Hindu worship. This is especially true at the Durga Puja, the worship of the Goddess Durga, in Kolkata (Calcutta), India, when she returns to earth for four days each October. The festival is the most important spiritual and social event of the Bengali community. The Goddess is lavished with garlands of yellow marigolds and red hibiscus. Red lotus blooms are piled high at her feet. The wholesale flower market at Mullickghat, under Howrah bridge, is crowded with vendors and buyers. Garlands of marigolds are in great demand and the prices are jacked up. Red flowers such as roses and ixora are of special import in the worship of Durga. According to Hindu tradition the lotus is the foremost symbol of beauty, prosperity and fertility and within each human is the spirit of the sacred lotus. Everyone at the flower market is hard at work during this very busy season.

For more on the Durga Puja see this two part article:

The Worship of the Goddess Durda, Part 1

The Worship of the Goddess Durda, Part 2

With a Touch of Red