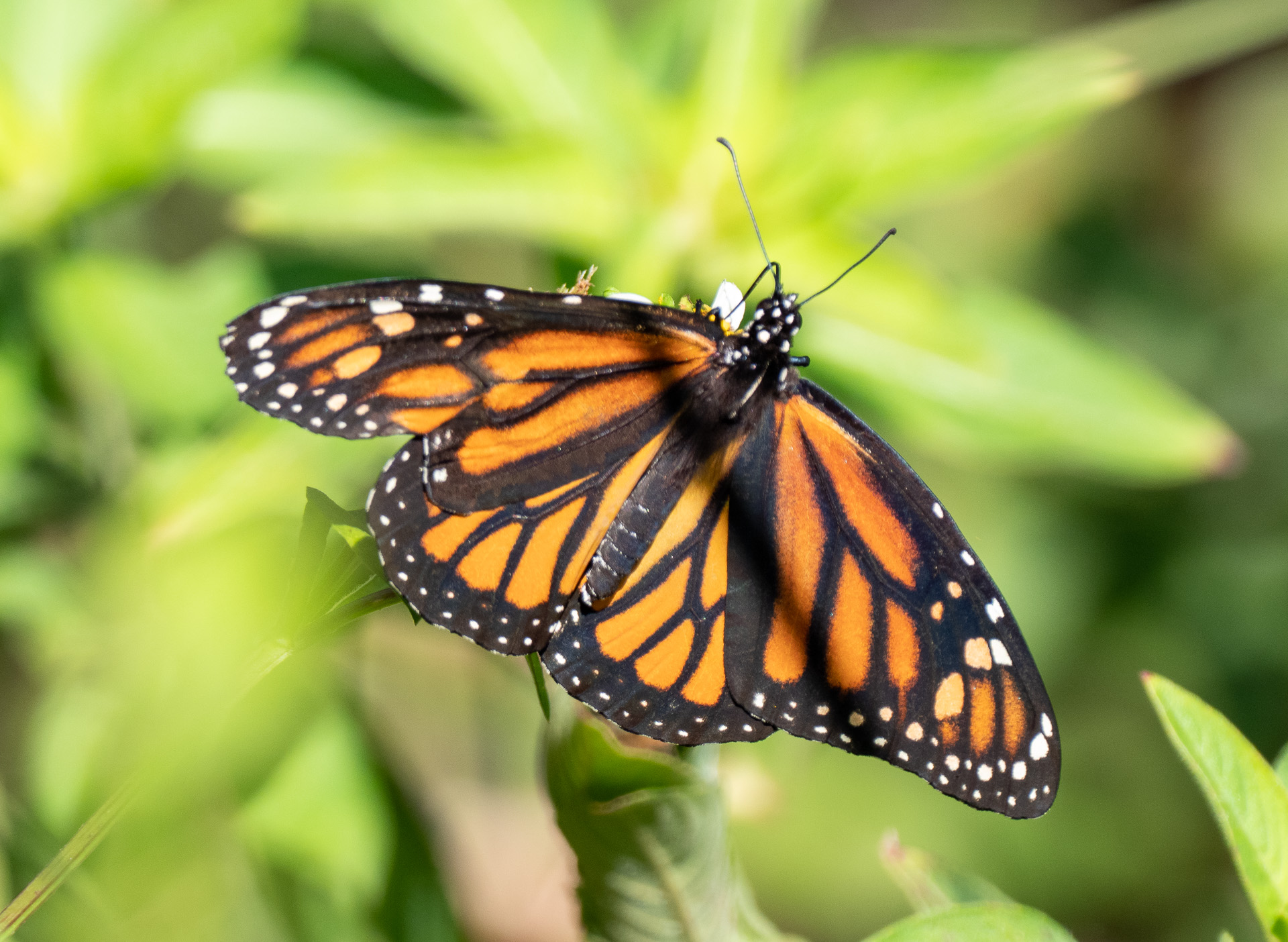 If a butterfly flutters its wings in Brazil could it cause a tornado in Texas.”

is a quote attributed to the meteorologist Edward Lorenz based on his theory of weather and climate predictability. The “butterfly effect,” is the concept that small events can have large, widespread consequences. The name stems from Lorenz’s suggestion that a massive storm might have its roots in the faraway flapping of a tiny butterfly’s wings.

I’m not so sure about this “butterfly theory” stuff. But it must be possible. For example, a few mornings ago I was walking around the edge of a favorite pond when out of the corner of my eye I noticed a monarch butterfly flutter its wings as it alighted in a weedy patch at the edge of the pond. That fluttering allowed me to pause and capture its portrait. No tornado yet in Texas as far as I know, but I was affected by the butterfly effect. So I guess it’s true. 🙂

To add another wrinkle, this pond is usually teeming with birds but not this morning. Not a bird, not a dragonfly, just this single monarch butterfly