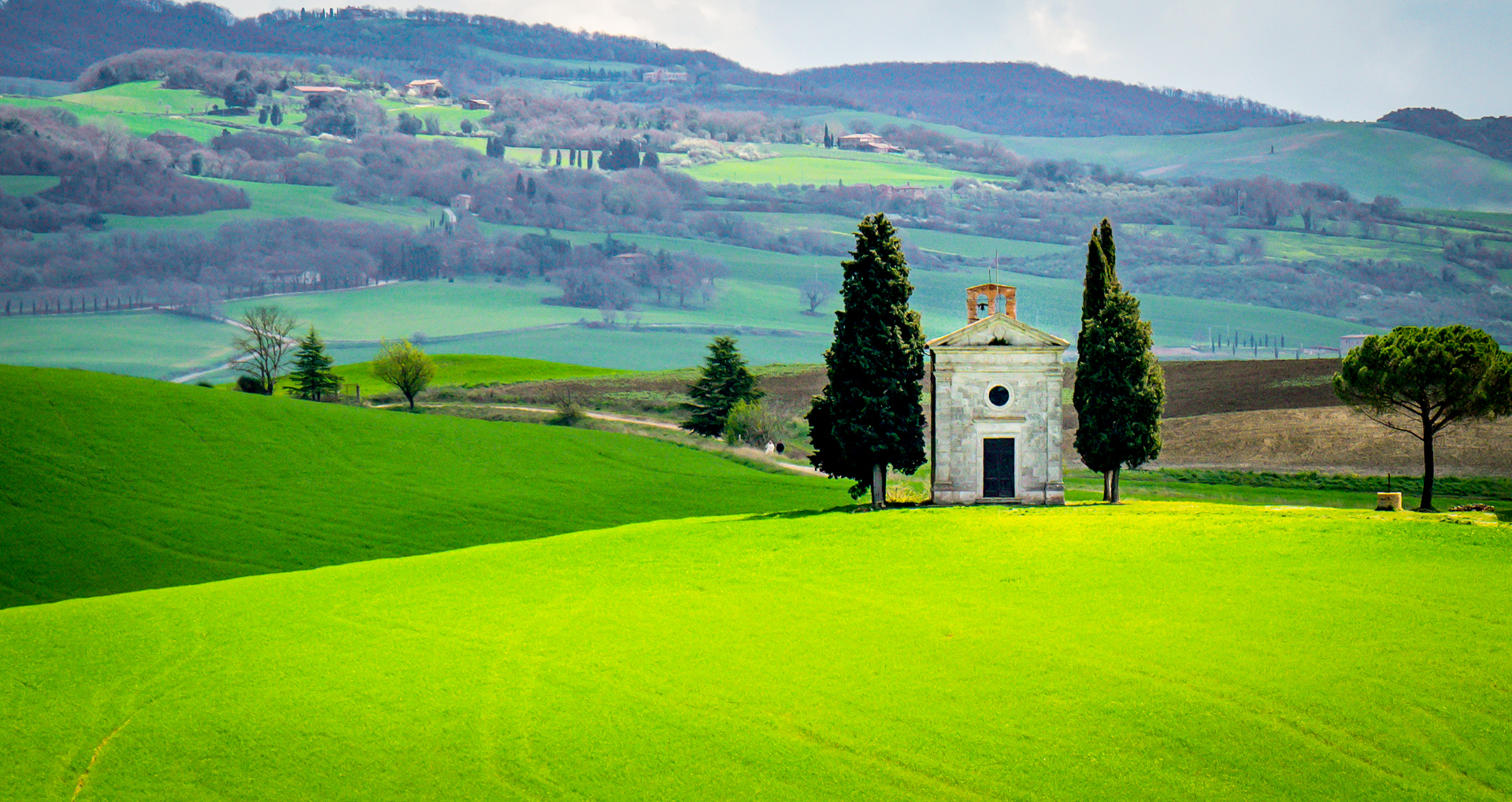 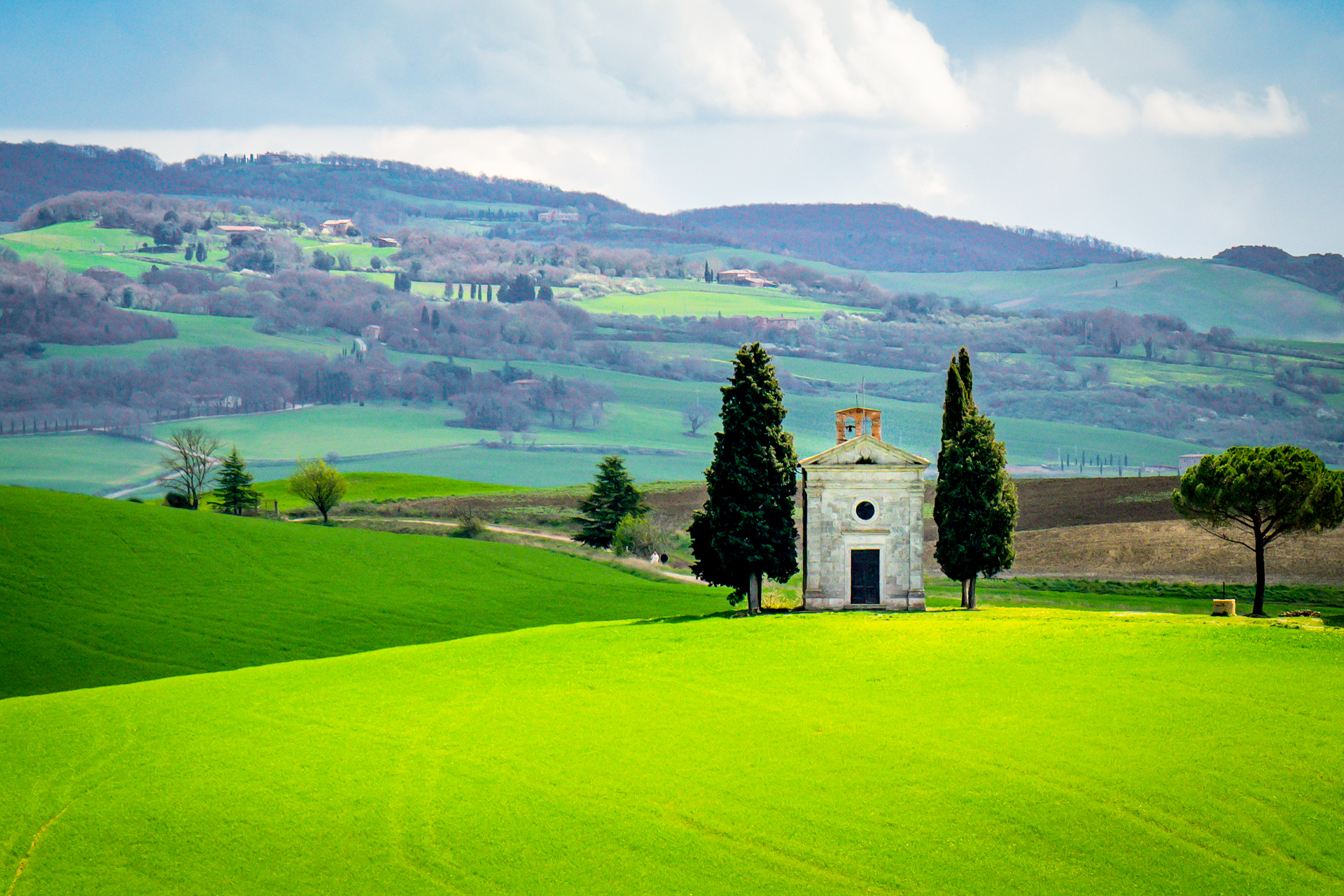 The Chapel of the Madonna di Vitaleta is located on a hilltop in the village Vitaleta, in the heart of Tuscany, on the road that connects San Quirico d’Orcia to Pienza. This tiny, solitary stone chapel flanked by cypress trees is set against a stunning backdrop of rolling hills. Arguably the most idyllic, serene scene in all of Tuscany, and, understandably, now a UNESCO World Heritage site. According to legend, the Virgin Mary appeared to a shepherdess on this site. A house of praise was built to commemorate the event and it was subsequently restored in 1184.  The Chapel of the Madonna di Vitaleta became the home of a Renaissance statue of the Madonna sculpted by the artist, Andrea Della Robbia in 1590. The sculpture has since been moved to the Church of the Madonna in the nearby hilltop village of San Quirico.

Interestingly, some of the scenes from the movie “Gladiator” were filmed here.

This is the most beautiful, pastoral scene I have the opportunity to photograph. I waited well over an hour for the sun to move across the foreground. But the hour was an opportunity to just absorb the peaceful serenity of the area. More images of Tuscany can be found here.