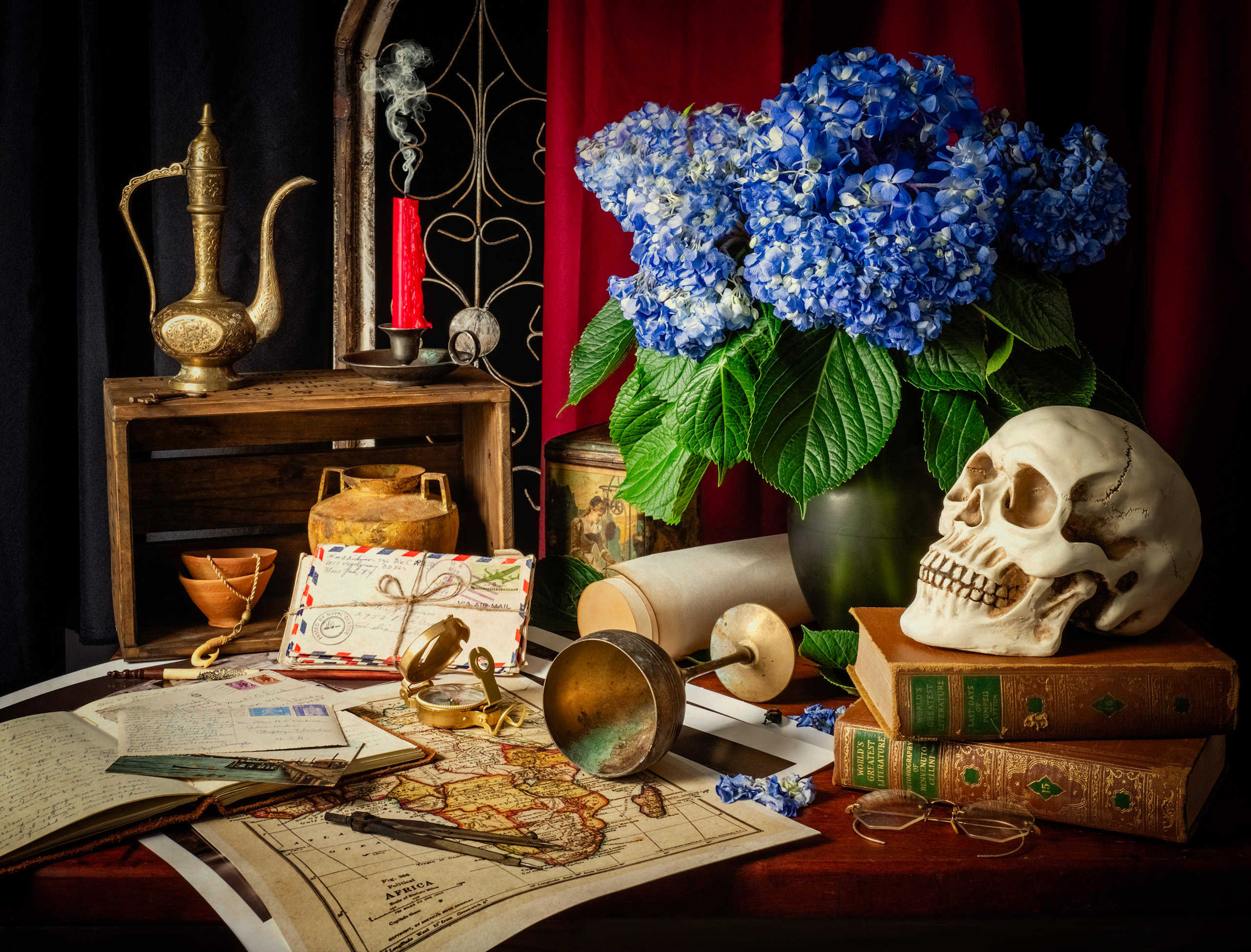 Vanitas, Latin for vanity, is a genre of still life painting that was popularized during the Dutch Golden Age in the early 17th century. The artists, through their paintings, were conveying to their prosperous supporters that coveting earthly goods and pursuits such as money and power, earthly pleasures, or secular knowledge – are not everlasting. Rather, the nature of life is temporary, fleeting when compared to the permanence of Christian values. It is associated with a verse from the Bible:

Vanitas still lifes flourished during the first half of the 17th century and became especially popular with wealthy Protestants for their realism and moralistic message, but also (one suspects) because they helped to ease their conscience for having acquired so much worldly wealth.

I stand in awe of the early 17th century Dutch still life painters. Their skill and craftsmanship motivate me. Their use of color and how they “paint light” keep me inspired. In “Vanitas – Wanderlust,” my first vanitas still life photography composition, I have incorporated many of the elements typical of the genre: a skull, candle, flowers, a map, and goblet, etc. But my intent with this image is not just homage to those who inspire me. It is more personal. It’s lamenting the loss of my/our freedom to indulge our wanderlust, at least temporarily, because of COVID–19. We’ve been blessed in having been able to scratch the wanderlust itch over the years. But now the future looks uncertain. When will it be safe to travel? What will travel look like? So much is unknowable. Looking through the corona-fog things look bleak and I know this too shall pass, but I’m getting restless.

“YOU MAY SAY THAT I’M A DREAMER, BUT I’M NOT THE ONLY ONE. I HOPE SOMEDAY YOU’LL JOIN US AND THE WORLD WILL BE AS ONE.” ~ JOHN LENNON

For more on my still life images click here and here. And thank you.

The Chapel of the Madonna di Vitaleta – Tuscany