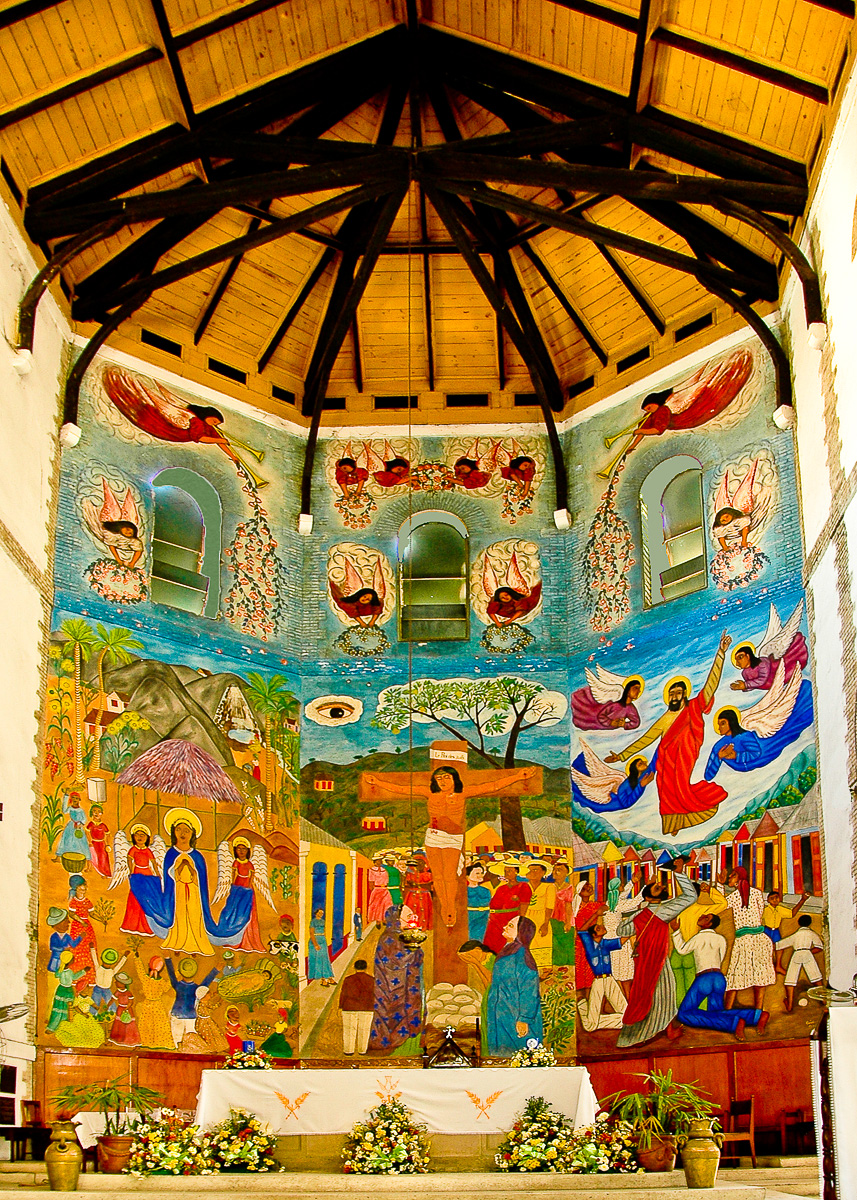 The Holy Trinity Cathedral of the Episcopal Church had its beginnings in Port-au-Prince in 1861. In 1949 the Church invited Haitian artists to paint murals on the interior walls. Recognized as masterpieces for their artistic and cultural merit, these murals depict various stories from the Bible using people of African heritage as the characters. In all, fourteen of these huge paintings were completed, including the two large ones behind the alter shown here.

Sadly, on January 12, 2010, a massive earthquake strikes Haiti, killing more than 300,000 people, seriously injuring more than 250,000, and leaving 1.3 million people homeless.  Untold numbers of private and public buildings are destroyed throughout the country including Holy Trinity Cathedral, as well as other buildings on its campus. Of the fourteen renowned murals that adorned the interior of the Cathedral, only three survived the destruction.

The Cathedral and Port-au-Prince are slowly being rebuilt but the obstacles may prove insurmountable. Below are two images of Port-au-Prince near the church soon after the earthquake. The Children, Our Future – Portraits 3