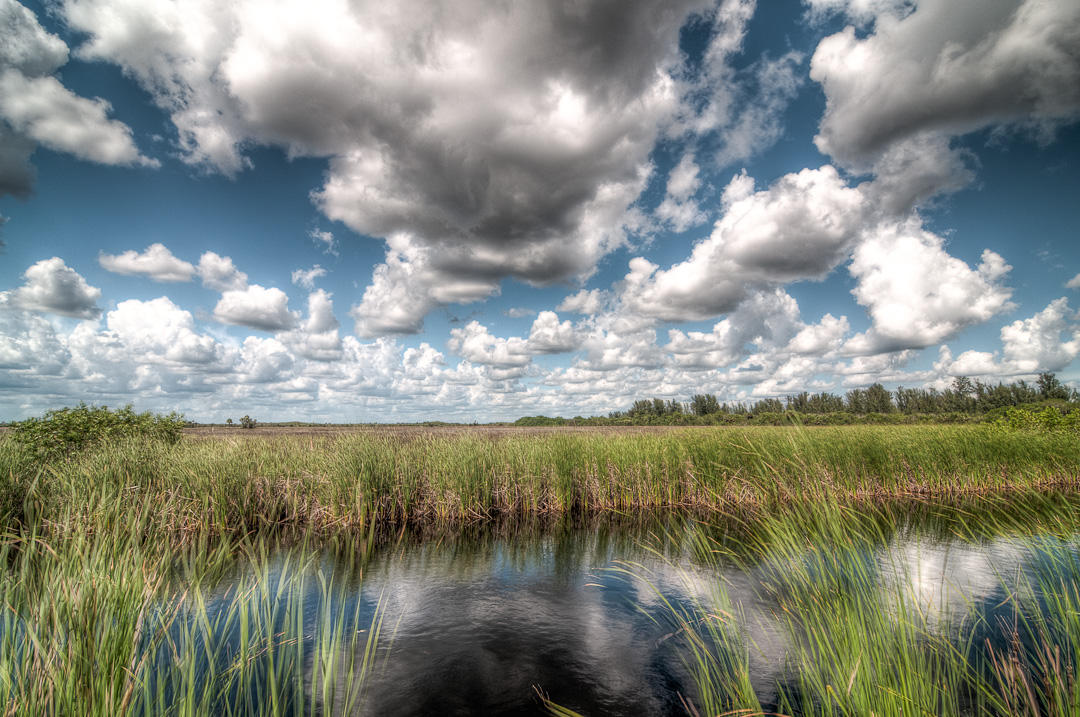 Clouds Over the Everglades “The River of Grass,” as Florida’s Everglades is sometimes called, is one of my favorite destinations for landscape photography. Especially in the summertime when it is all about the clouds. Armed with my camera, wide angle lens, polarizing filter, and tripod wandering the back roads and swamp edges. As the day wears on, the clouds continue to grow and seemingly sag closer to to me. The shooting just keeps getting better – until the rains start!

During the summer rainy season the early heat of the day evaporates moisture from the water filled Everglades forming white puffy clouds which continue to build. With enough moisture and heat, thunderheads frequently  build in the afternoon. The prevailing easterly wind coming off the Atlantic Ocean tend to push the clouds to the west toward the Gulf of Mexico. As the afternoon progresses, the clouds fill with rain as they drift to the west, but the afternoon heat often generates an easterly sea breeze coming from the Gulf. The resulting tussling between the easterlies and westerlies determines if and where our afternoon showers fall.

The giant Swamp Lilies thrive in certain areas off the beaten path. This cluster of blooms was just inches from the lens, the pregnant clouds seem almost within reach.

Much more on this week’s Photo Challenge is here.