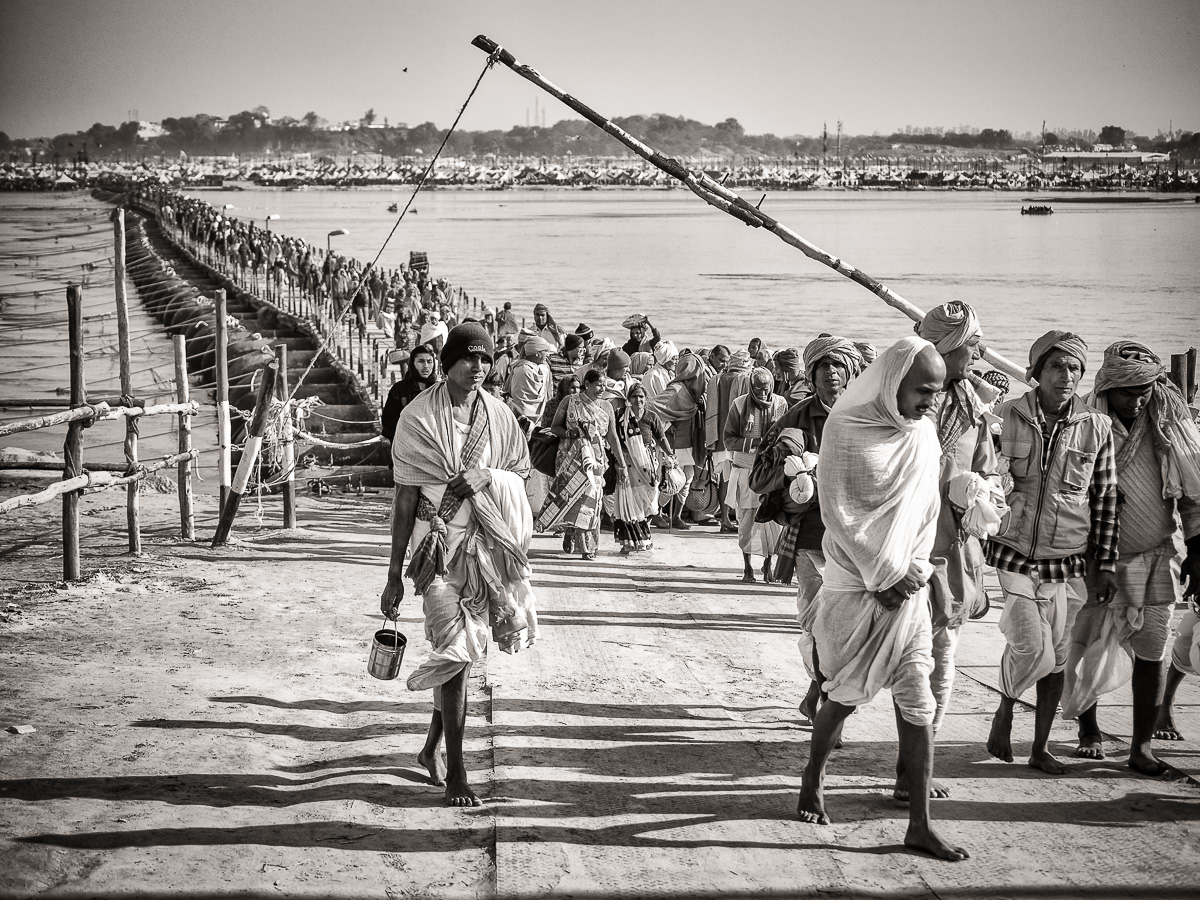 “It is wonderful, the power of a faith like that, that can make multitudes upon multitudes of the old and weak and the young and frail enter without hesitation or complaint upon such incredible journeys and endure the resultant miseries without repining. It is done in love, or it is done in fear; I do not know which it is. No matter what the impulse is, the act born of it is beyond imagination…”

Hindu devotees, some 130 million of them over 55 days, made their way to Kumbh Mela in Allahabad, India recently. The Kumbh Mela is considered the most sacred and greatest of North Indian festivals where the ceremonial dip in the Holy river is an important ritual. This mass pilgrimage is the largest gathering of humanity in the world. Pilgrims are seen here flowing across one of ten pontoon bridges.