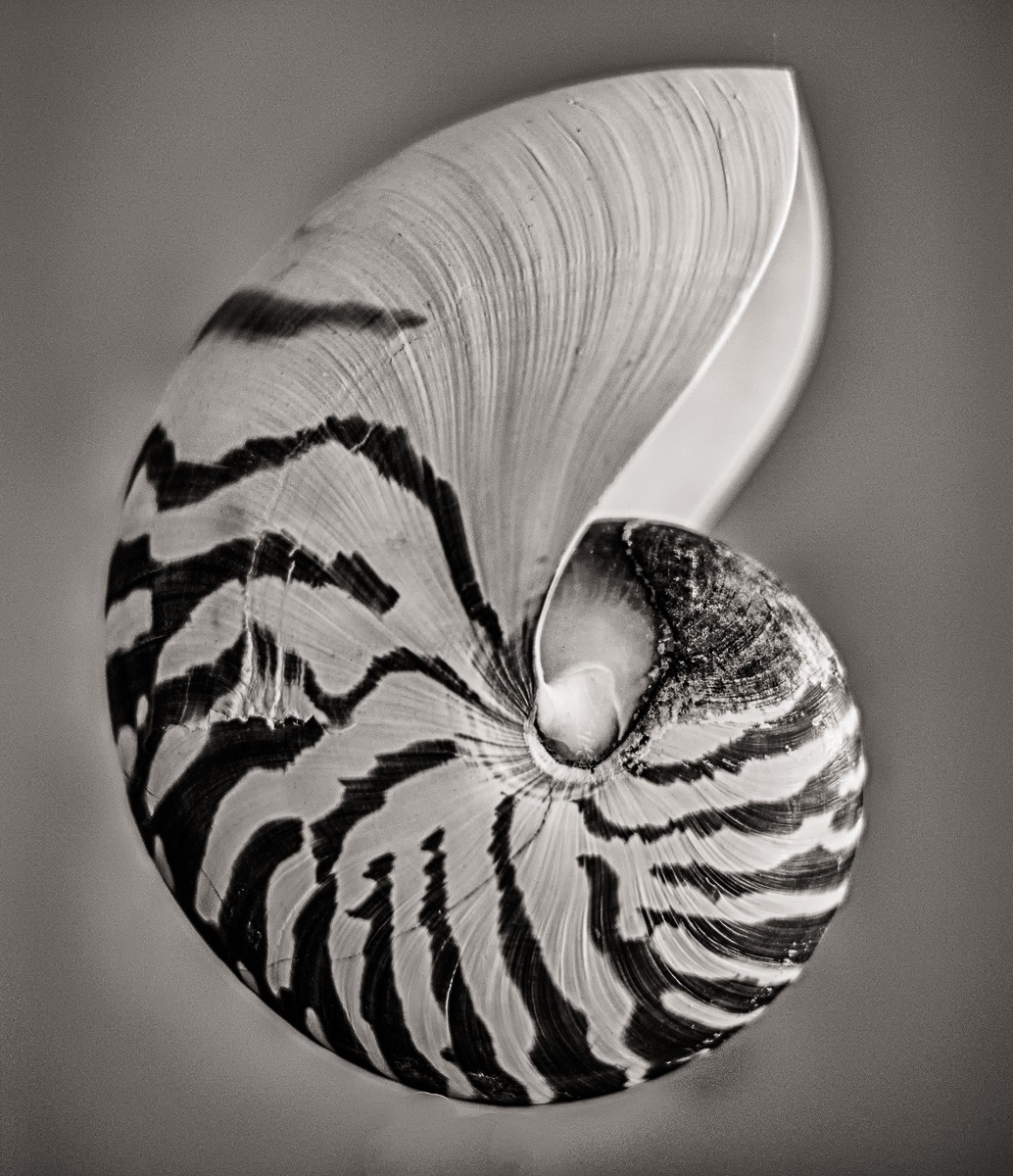 “That spread his lustrous coil;

“Still, as the spiral grew,

“He left the past year’s dwelling for the new,

“Stole with soft step its shining archway through,

“Built up its idle door,

“Stretched in his last found home, and knew the old no more.”

The Chambered Nautilus surely is one of natures most beautiful creatures. Its gracefully curving, spiraling shell has inspired poets, and puzzled scientists for years. The nautilus is a mollusk related to cuttlefish, squid, and octopus and has changed little in over 400 million years. The creature dominated the ancient seas before the rise of fishes, and appeared about 265 million years before the first dinosaurs. In prehistoric times, there were about 10,000 different species of the nautilus, but only a few species survived to the present.