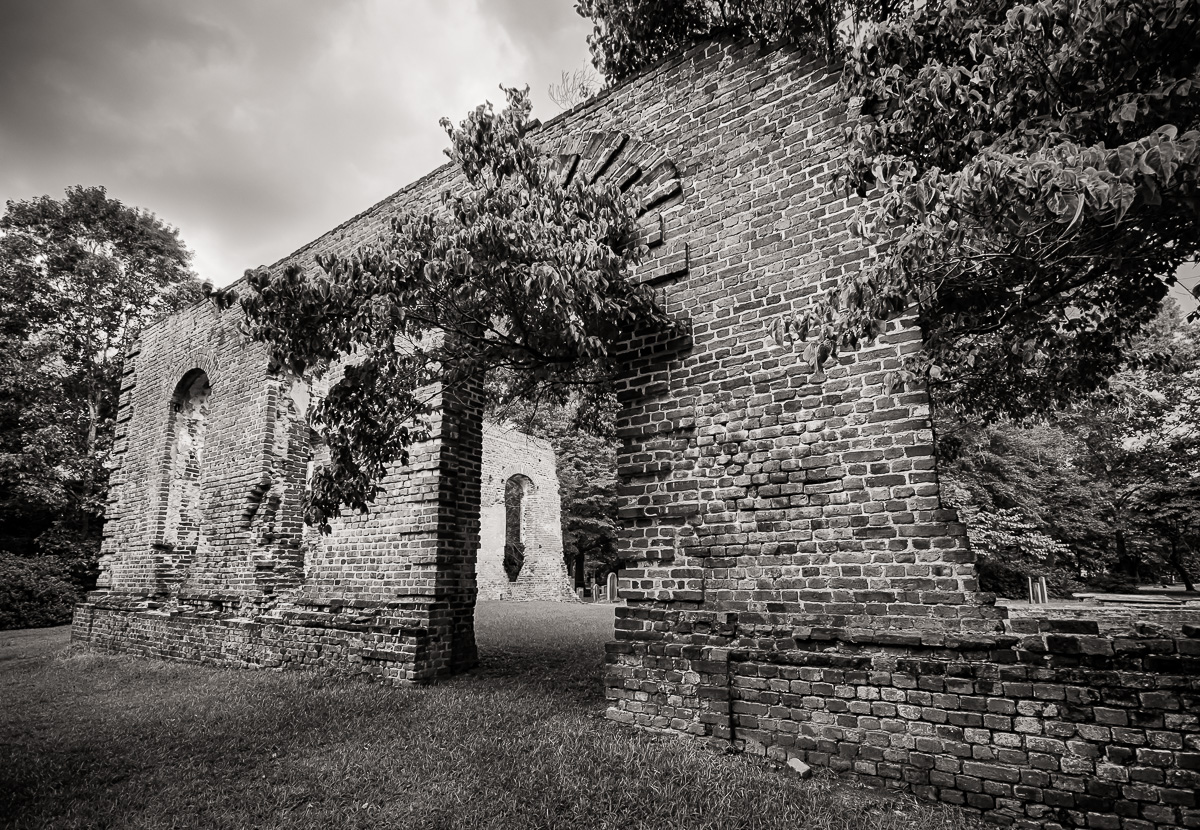 Way down in South Carolina’s Lowcountry, not too far from Moncks Corner, and just a stone’s throw from the Cooper River lies the Biggin Church Ruins. It was constructed in 1711 to serve as the church for the Parish of St John’s Berkley. The church also served as a meeting place where the civil matters of colonial South Carolina’s largest parish were handled. Unfortunately, the church burned in a forest fire in the mid 1700s, the first of three destructive fires. Biggin Church was replaced with a new building in 1761. British troops occupied the church during the Revolutionary War and used it as an ammunition depot. As they were forced to retreat, the Redcoats burned the church and the stores for a second time. Soon, the parish church was rebuilt again and served its community continuously up to the Civil War. During the war it was neglected and fell into disrepair. Damaged and stripped of its pews and fixtures, the church burned for the last time in another forest fire around 1890. During the turbulent Reconstruction period following the war, its bricks were scavenged for other uses. Parts of two walls and the cemetery are all that are left. The architecture of the church is quite sophisticated for its time including arched windows and quoins at the corners, all constructed from brick. There are several underground vaults on the church grounds. Some say the vaults were used as dungeons by the British to hold American patriots. The tombs have never been excavated. One can only wonder what may actually be in them and what other secrets the Biggin Church and its cemetery hold. I took the road less traveled by, and that has made all the difference

Getting off the beaten path and on the road less traveled makes for pleasant surprises. Who knows what bit of little known history or mystery awaits you around the next bend. Recently, while exploring the swamps and marshes of coastal South Carolina, we learned of the ruins of several pre-Revolutionary War churches, Biggin Church being one. Previously I wrote about the Sheldon Church Ruins. I will be telling you about the three other church ruins we had discovered in the coming days.