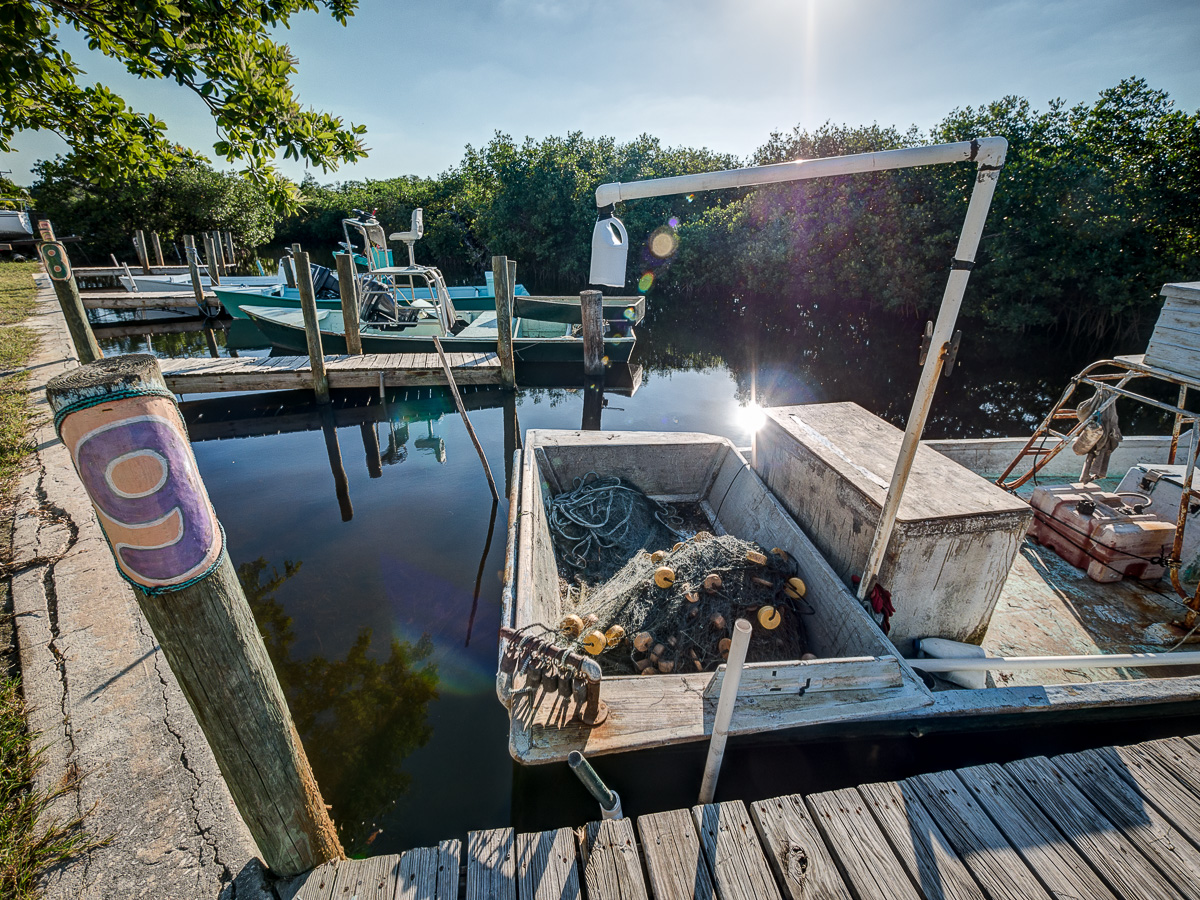 Pine Island, Florida. Commercial mullet fishermen’s boats in the late afternoon sun. The running of the mullet has begun, as the fish are beginning to school up to head out to sea to spawn. And, the fishermen with their cast nets, or seine nets, are in hot pursuit. This is a make-or-break time for these guys. Mullet is a local delicacy and usually fried, or my favorite, smoked. But, the roe is what makes all the hard work pay off. Known as “karasumi” in Asia and “bottarga” in Italy, the egg sac, once cured and dried, will sell for $200 a pound. Last year was a record year for the fishermen. Let’s hope this year is even better.

Black and white versions of the photographs can be seen on my Facebook page. 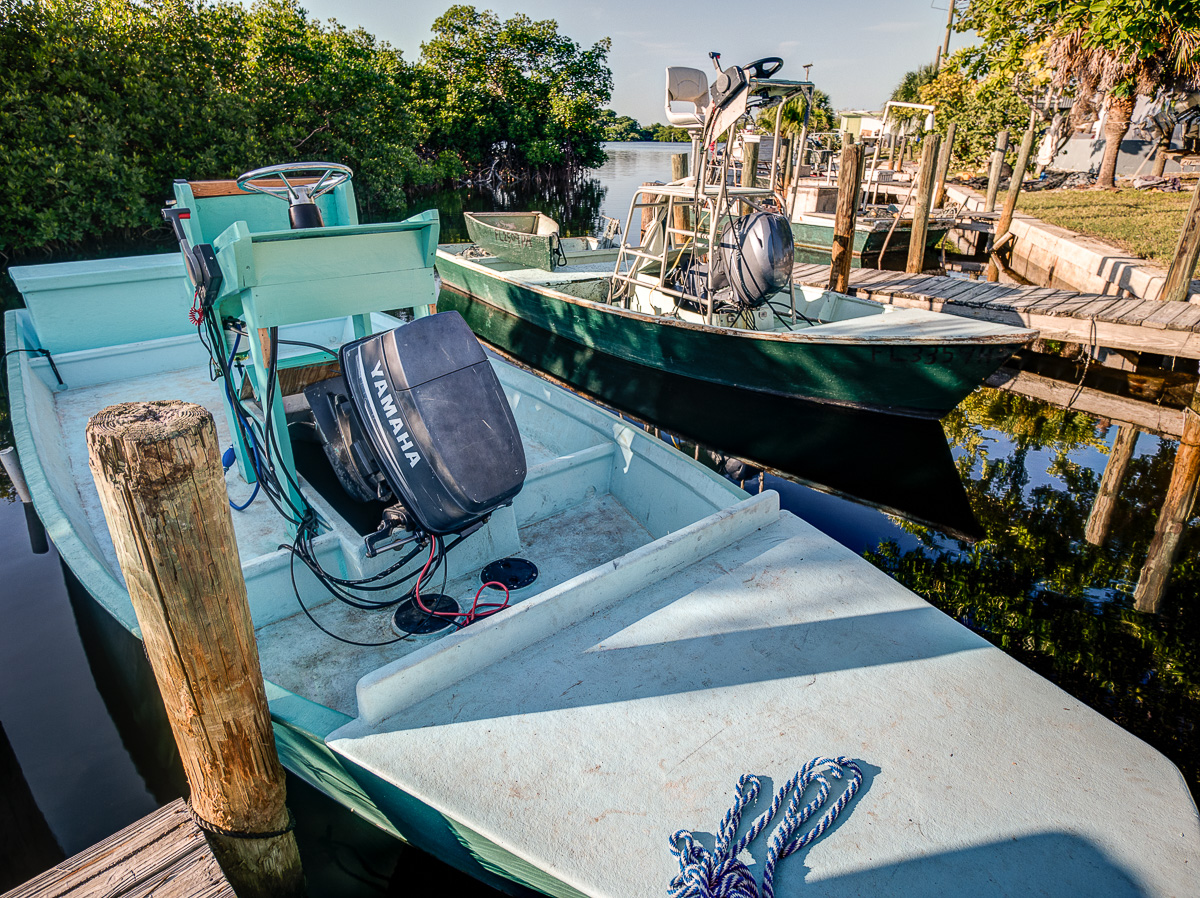