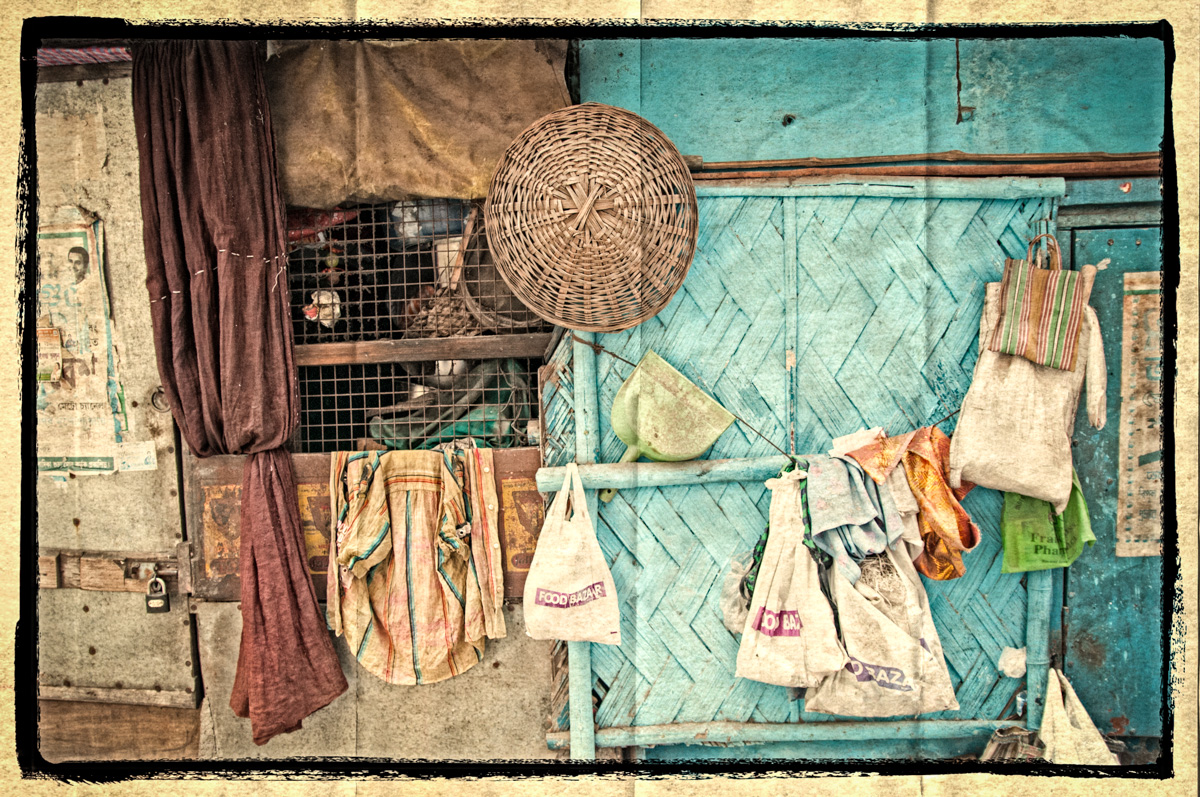 Kumar Tuli, the potters’ quarter, lies along the banks of the River Hooghly in the sprawling mega-city, Calcutta, in Northeastern India. The villagers create the clay idols of Hindu gods and goddesses that figure so prominently in the many religious festivals or pujas. The potters live in a hodge-podge of small dwellings along the winding lanes and alleys of the village. Recently,  while visiting the village, as the artisans were busy putting the finishing touches on the effigies of the goddess Durga and her consort, I was drawn to the outside of this tiny abode. Tattered belongings hang haphazardly on the wall and judging by the padlock on the door, the owner obviously was not at home. I had to make the photograph. The colors, the textures required it.

I finished the image with a little post-processing in Lightroom and by adding a border and folded paper effect from the Perfect Effects 8 plugin.

Four From the Farm | Photography

A Tribute to the Women of the World in Pictures