Burrowing Owls are cute, pint-sized owls with rather long legs for their size. Some 2500 happily make their home in suburban Cape Coral, Florida. Home is a burrow some four to eight feet long that they dig themselves or borrow from an armadillo or gopher tortoise in open grassy areas. They eat primarily larger insects such as grasshoppers and beetles but won’t pass up the occasional lizard, small snake, bird, or rodent. They are active days and night. During the day they are usually seen standing at their burrow entrance or on a nearby perch. 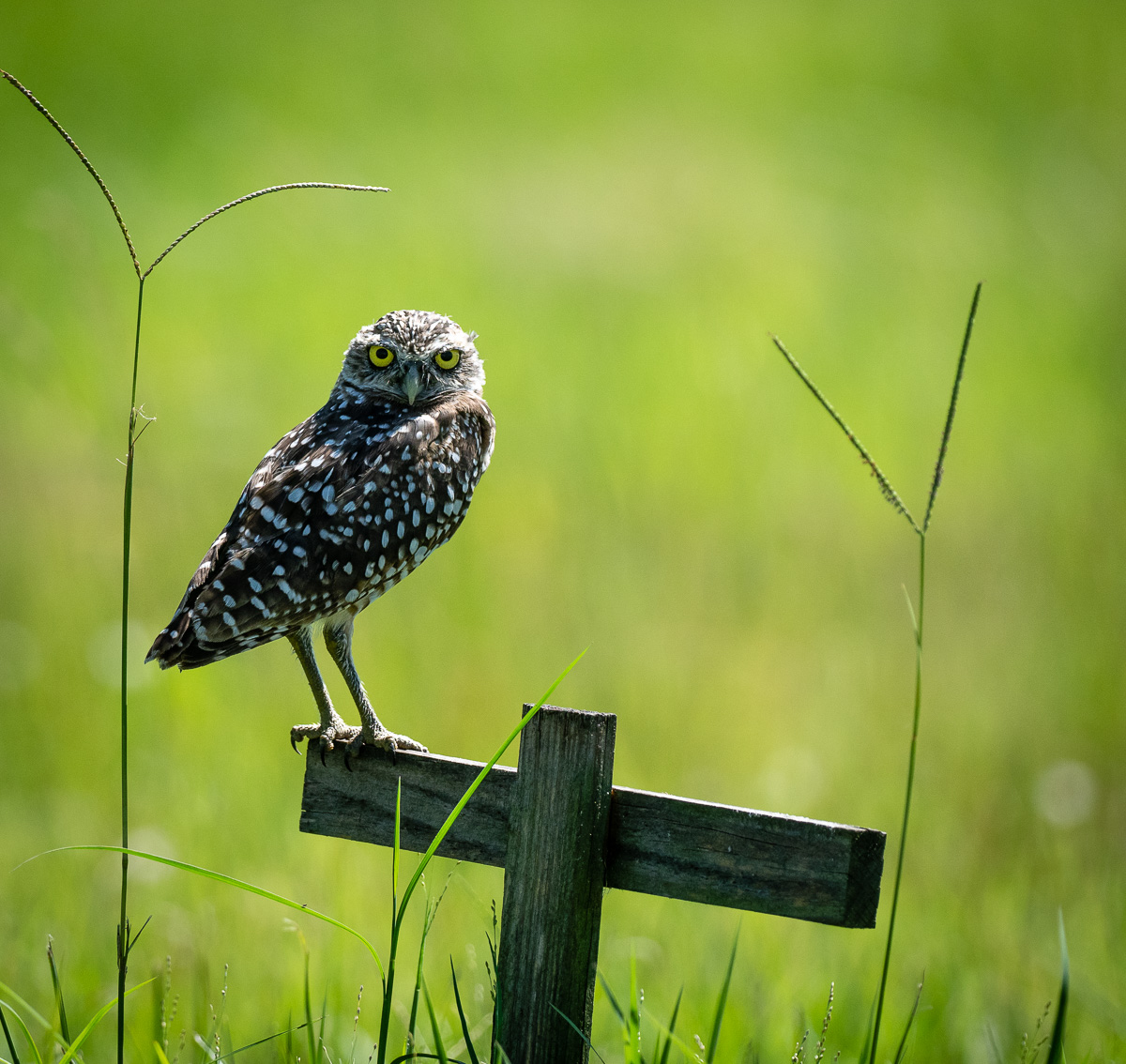 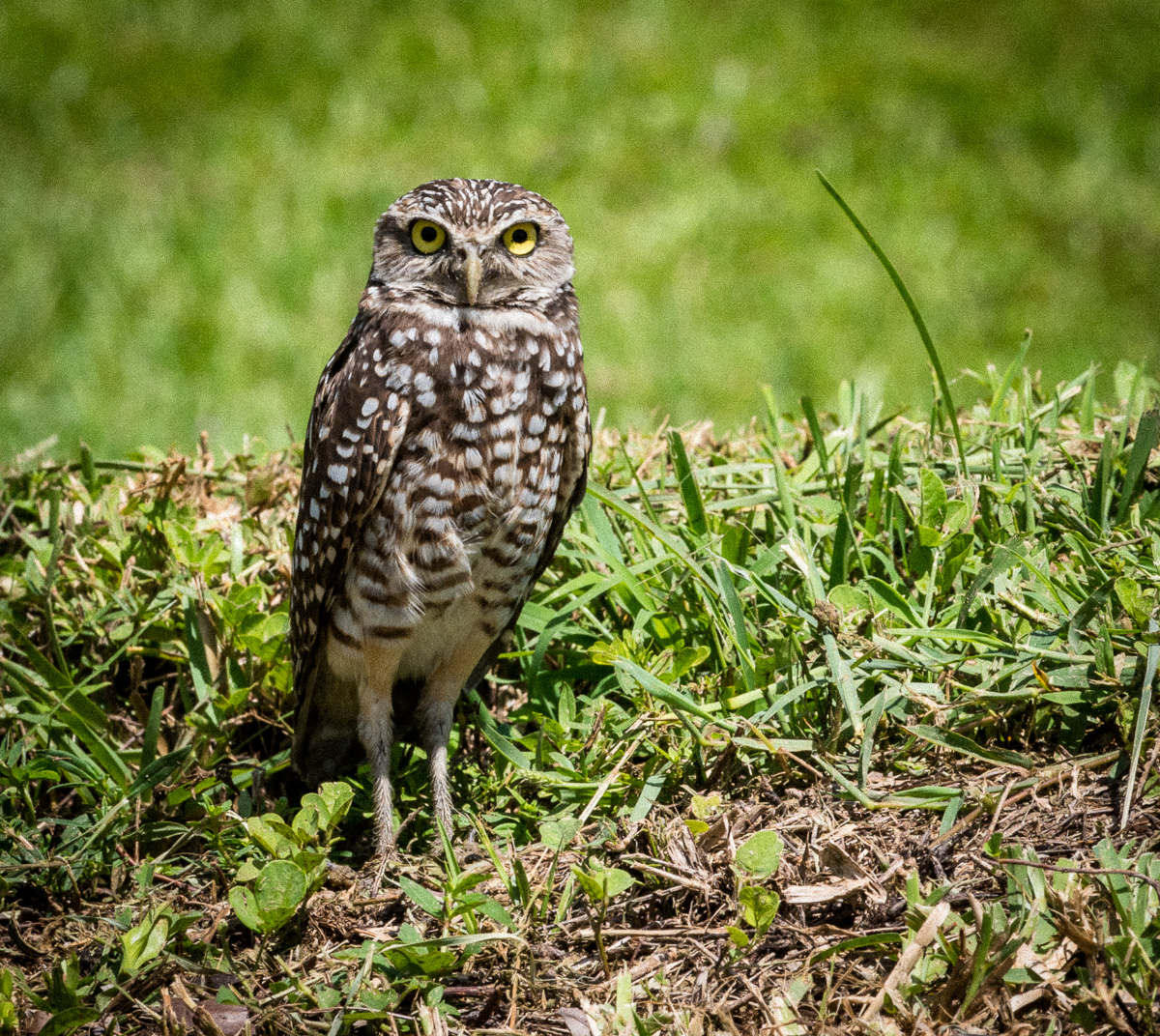 The owls live as single breeding pairs or in small colonies. Nesting season usually starts in March though can continue well into summer. During breeding season their burrow entrances are often adorned with paper, plastic, shells, glass, tufts of grass, or animal parts. 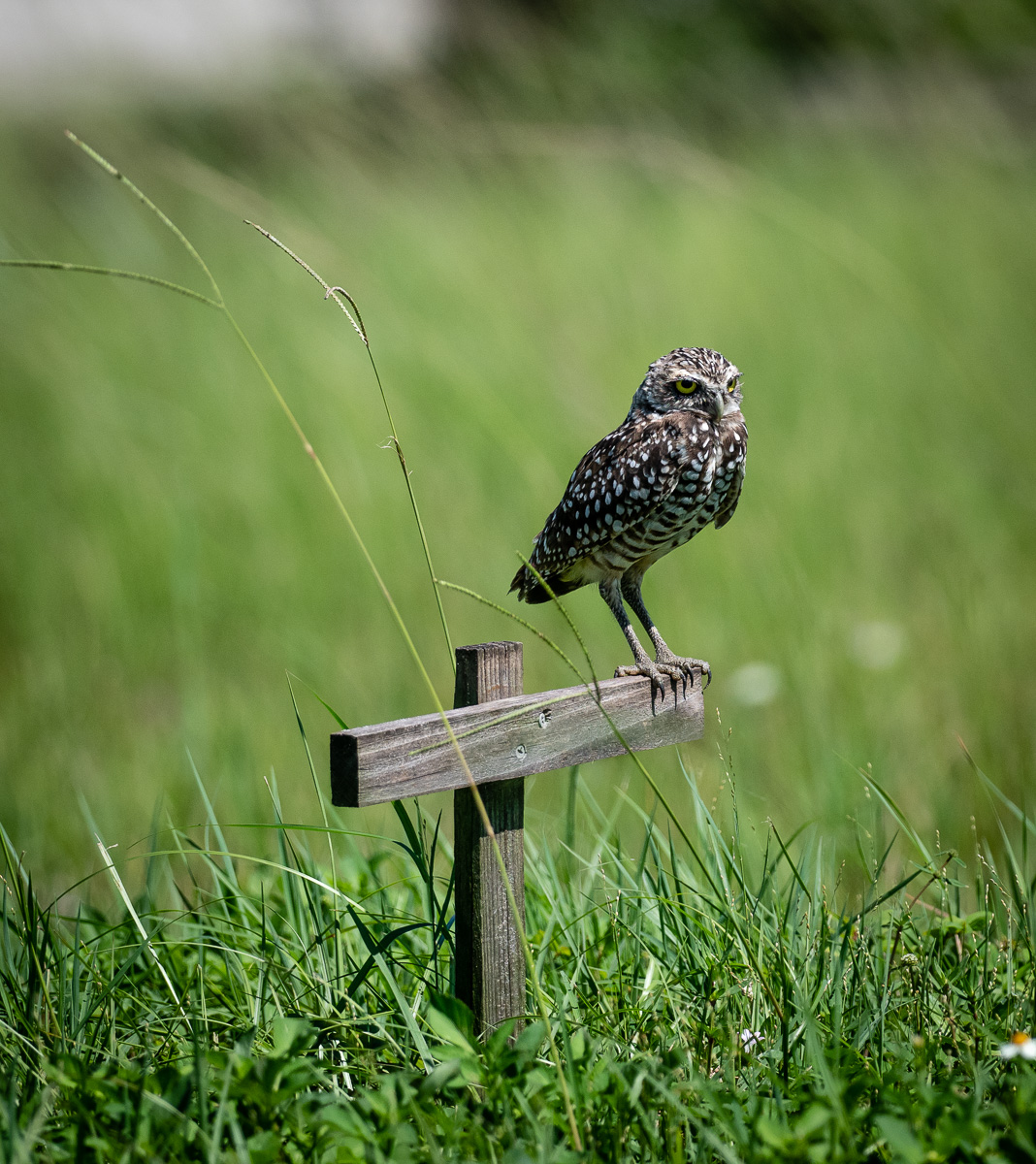 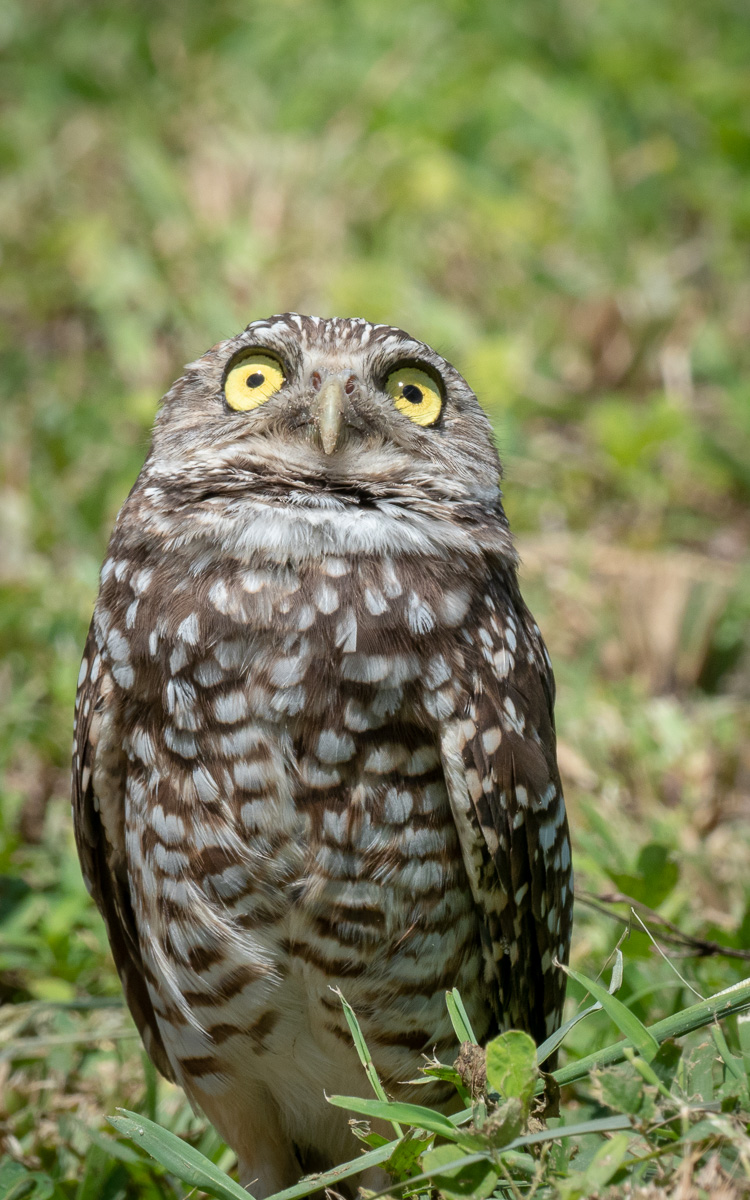 In Florida, the burrowing owl is classified as threatened. This sometimes causes problems. Homeowners are required to share their yard if a pair of these cute little owls decides to move in. 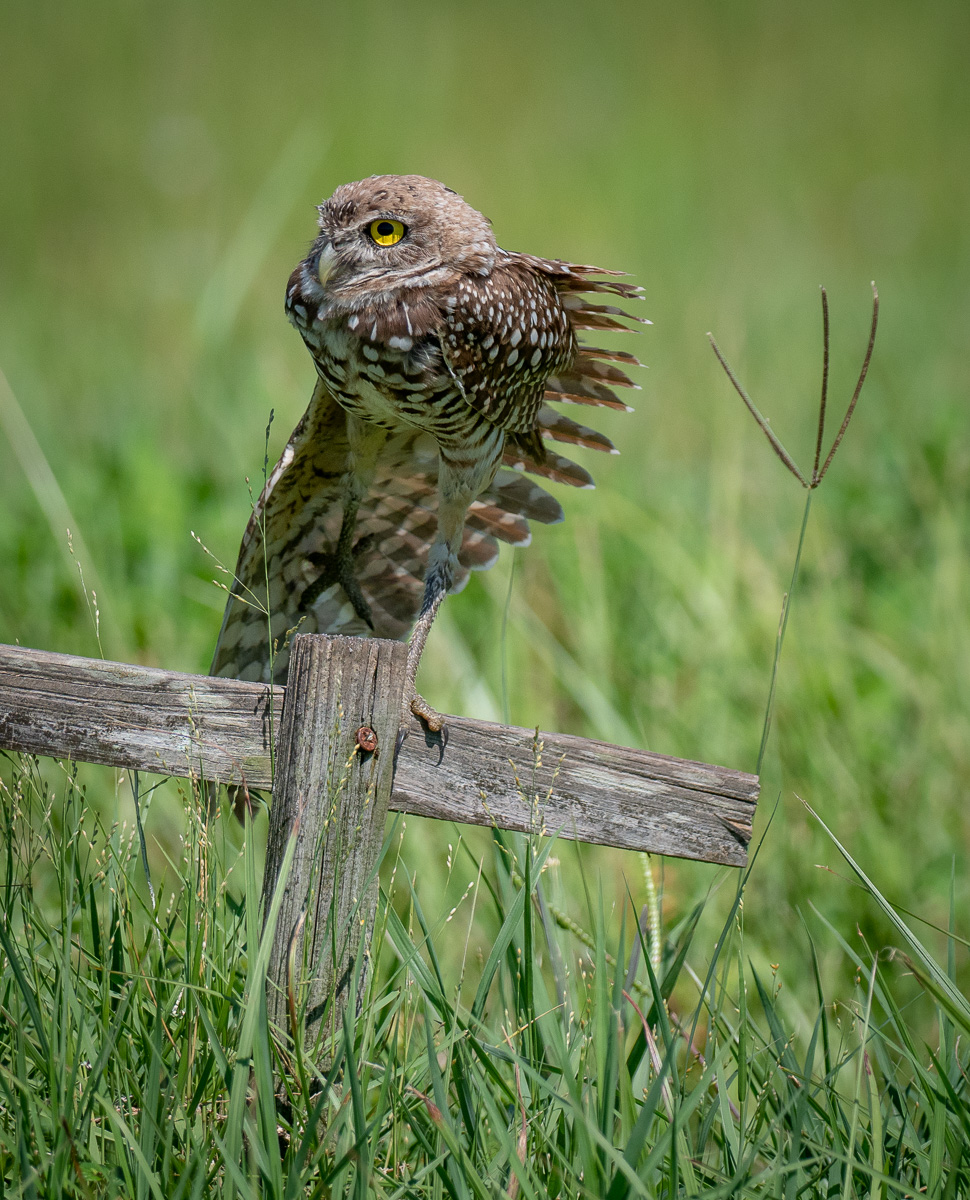 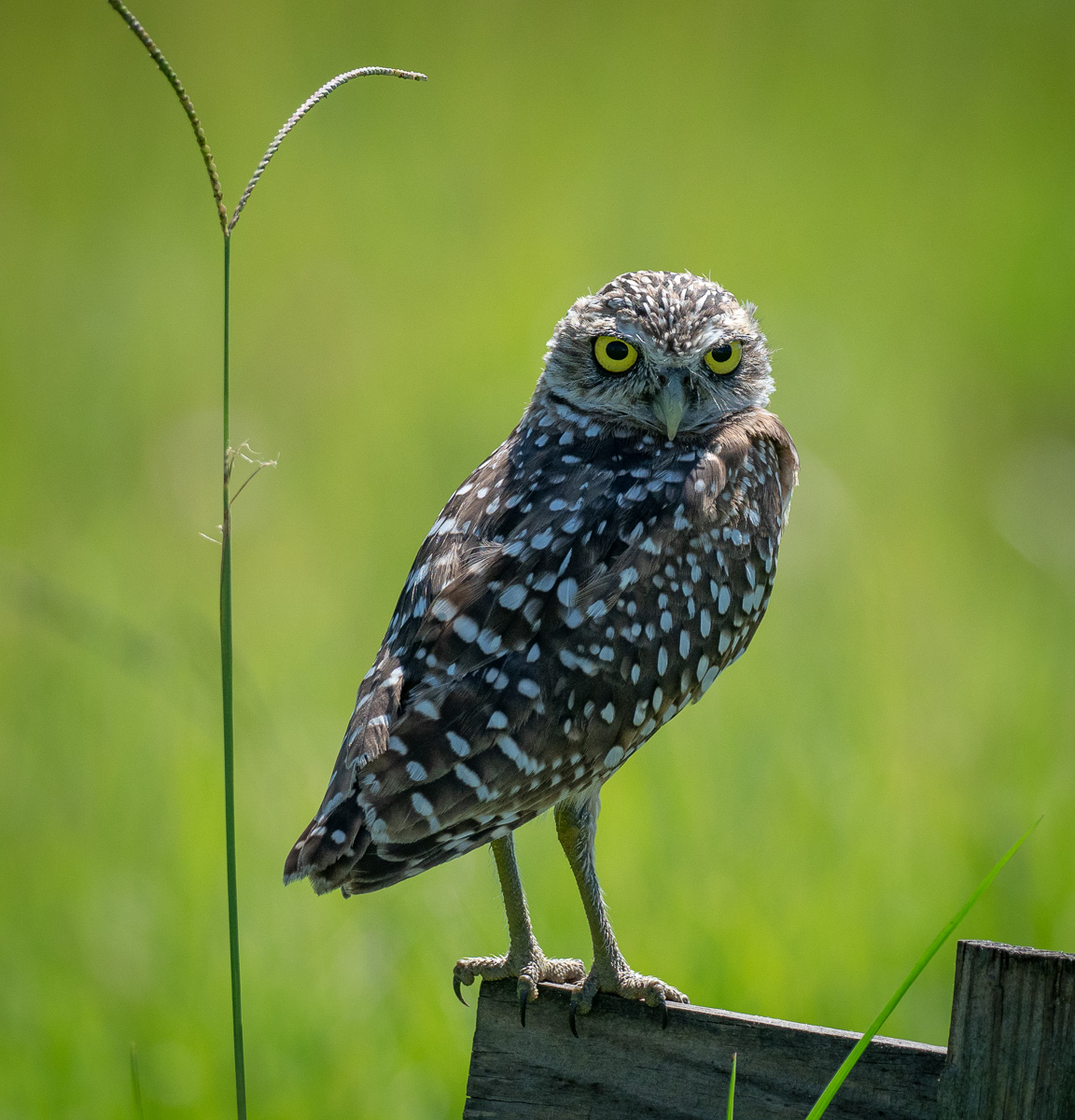 Images of India – The Ghats at Mathura